Proposal for a colossal statue on Fort Denison to commemorate Federation in 1901 which was made in November 1899 by EW O' Sullivan, the New South Wales Government's Secretary for Public Works. While the idea remained under discussion for several years and several designs were submitted, it never came to pass. 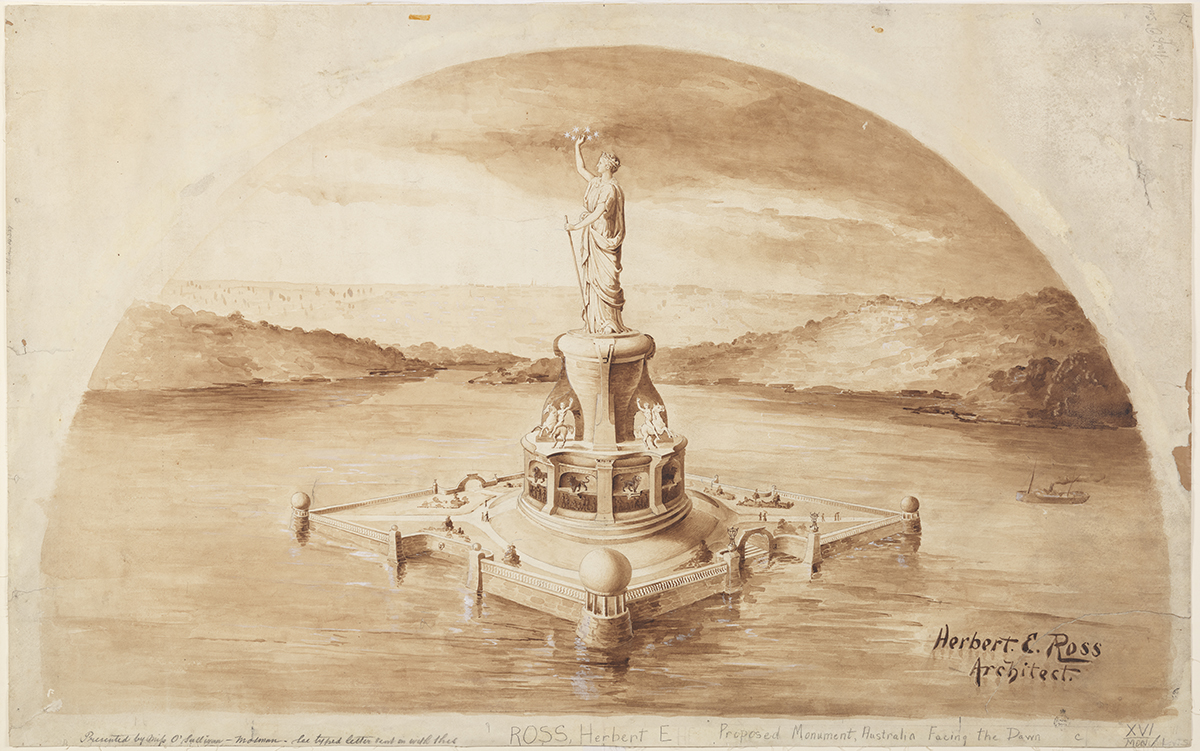