Simple and energetic dance that became an Australian teenage craze in the early 1960s with the rise of surf music. Some councils tried to ban it as they feared buildings would collapse. In February 1964 45,000 people  turning up to Lane Cove National Park  for the Stomp National Championships.

The venue Surf City in the former Kings Cross Theatre on Darlinghurst Road was accused of ‘breeding delinquents’ soon after it opened in 1963. Despite its short lifetime, the venue is crucial to the musical history of Australia. For three years it served as the spiritual home of Australian beat music, giving rise to mainstream pop stars and underground cult heroes whose influence remains today. 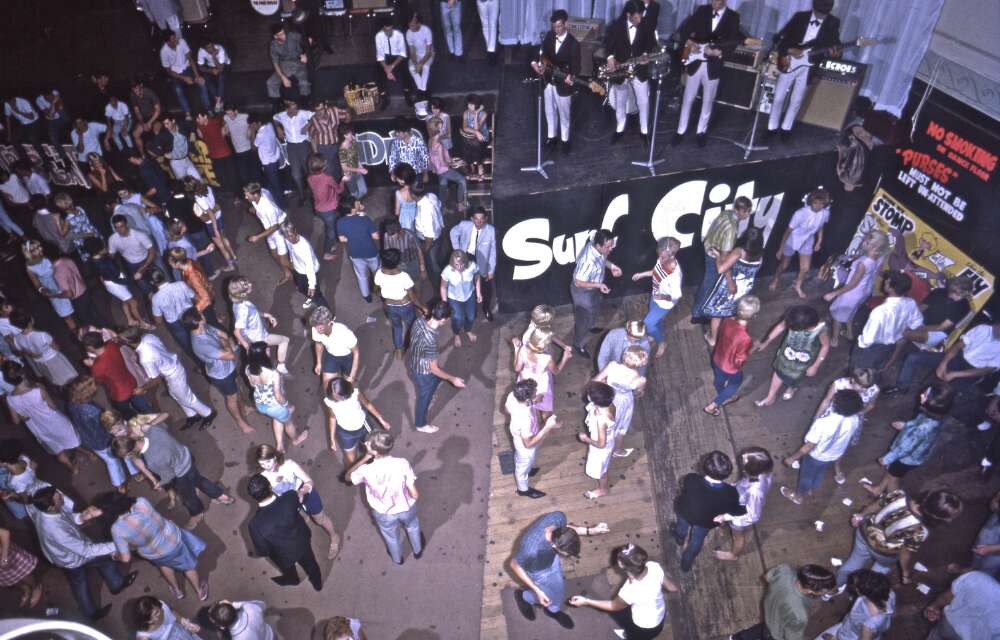 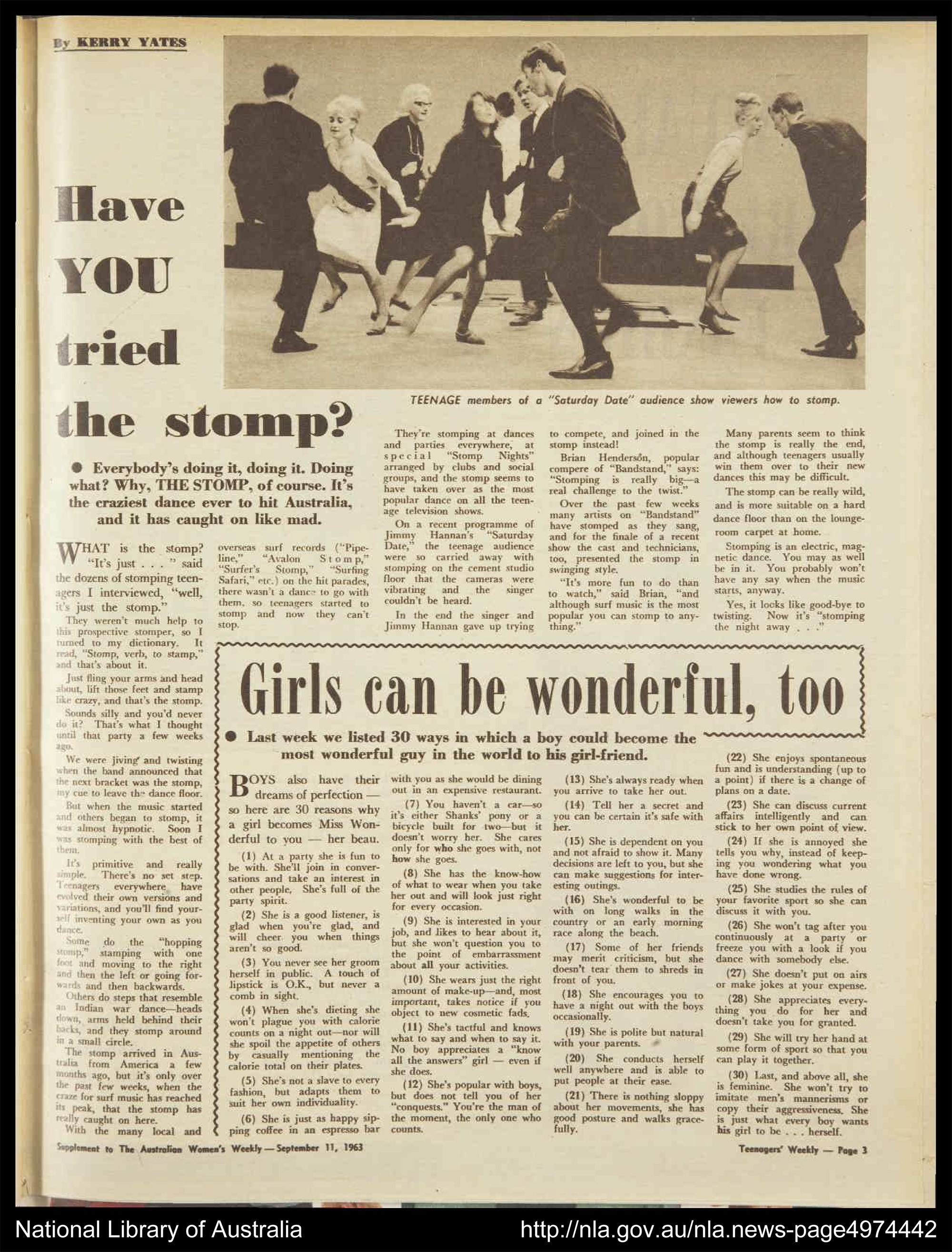