Popular Restoration comedy by Irish dramatist George Farquhar that was first produced in London in  1706 and was performed in Sydney's first theatrical production on 4 June 1789. It was performed by convicts in a 'convict-built hut', in honour of the birthday of King George III. The Governor, Captain Arthur Phillip and other officers were in the audience. The event inspired author Thomas Keneally to write the novel, The Playmaker in 1987. 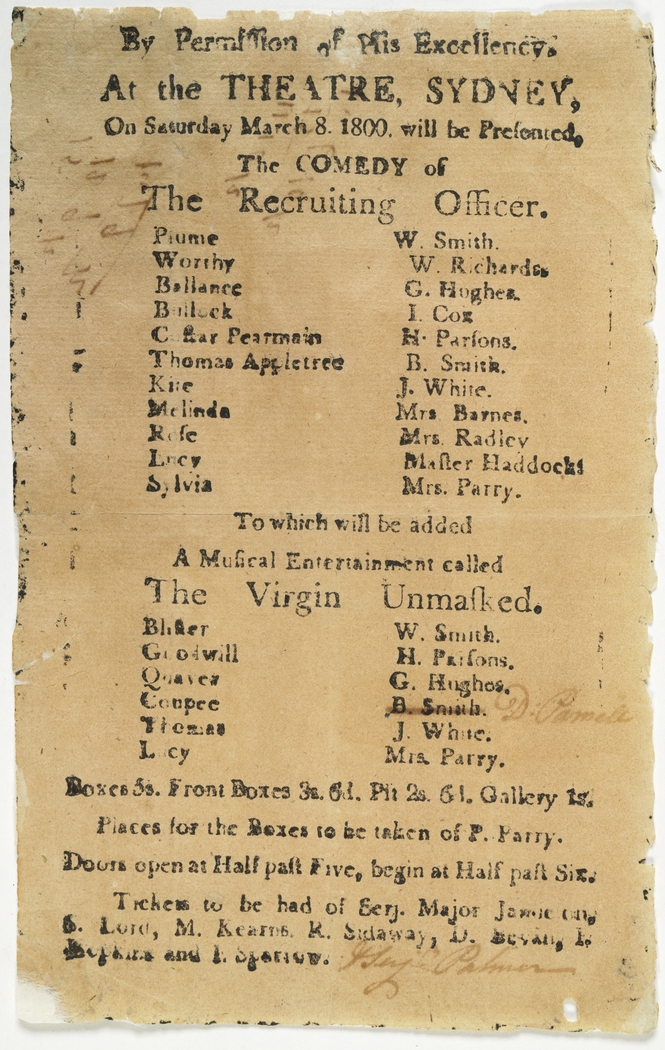