Sandstone house in Balmain built in 1850 by Samuel Crook on land overlooking Johnston's Bay, now the site of White Bay Container Facility. The property was named Bleak House by Crook after the book by Dickens due to lengthy legal settlements concerning the land. The house had fallen into disrepair and been demolished by 1902. 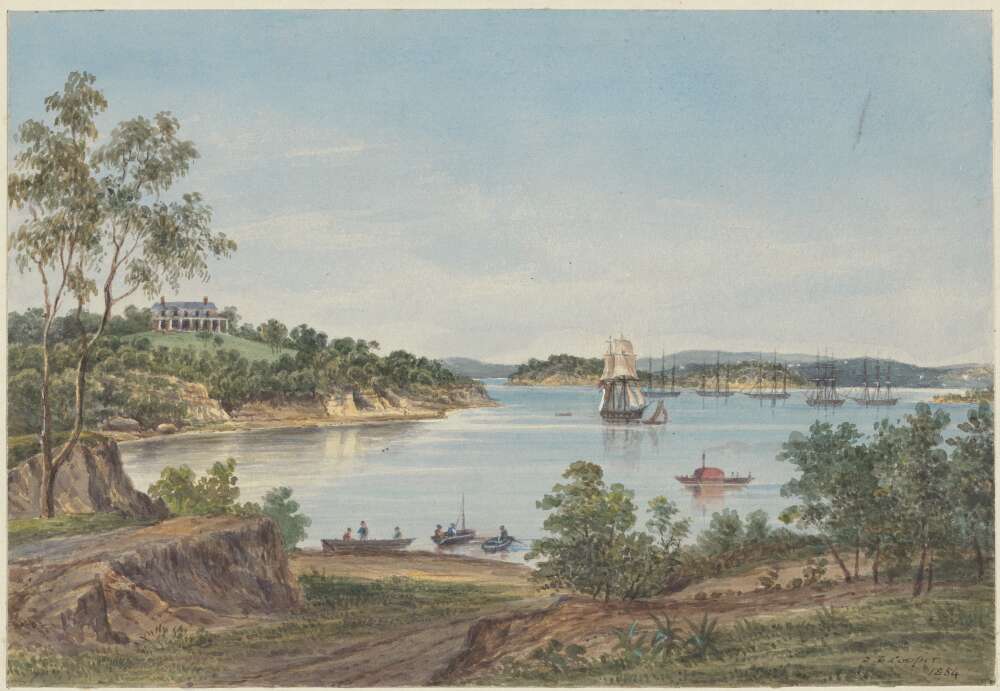