Pub on the corner of Burrows and Swain Street, Sydenham opposite Sydenham Railway Station, designed by the prolific hotel architect, Sidney Warden. It was named after the British Army officer and administrator, Major-General Charles George Gordon. The hotel was built in 1932, replacing an older pub of the same name, which was opened on nearby Bolton Street in 1885 and was demolished in 1936. On 30 July 2018, the pub was destroyed by a fire during renovation works, its roof collapsing under the strain. 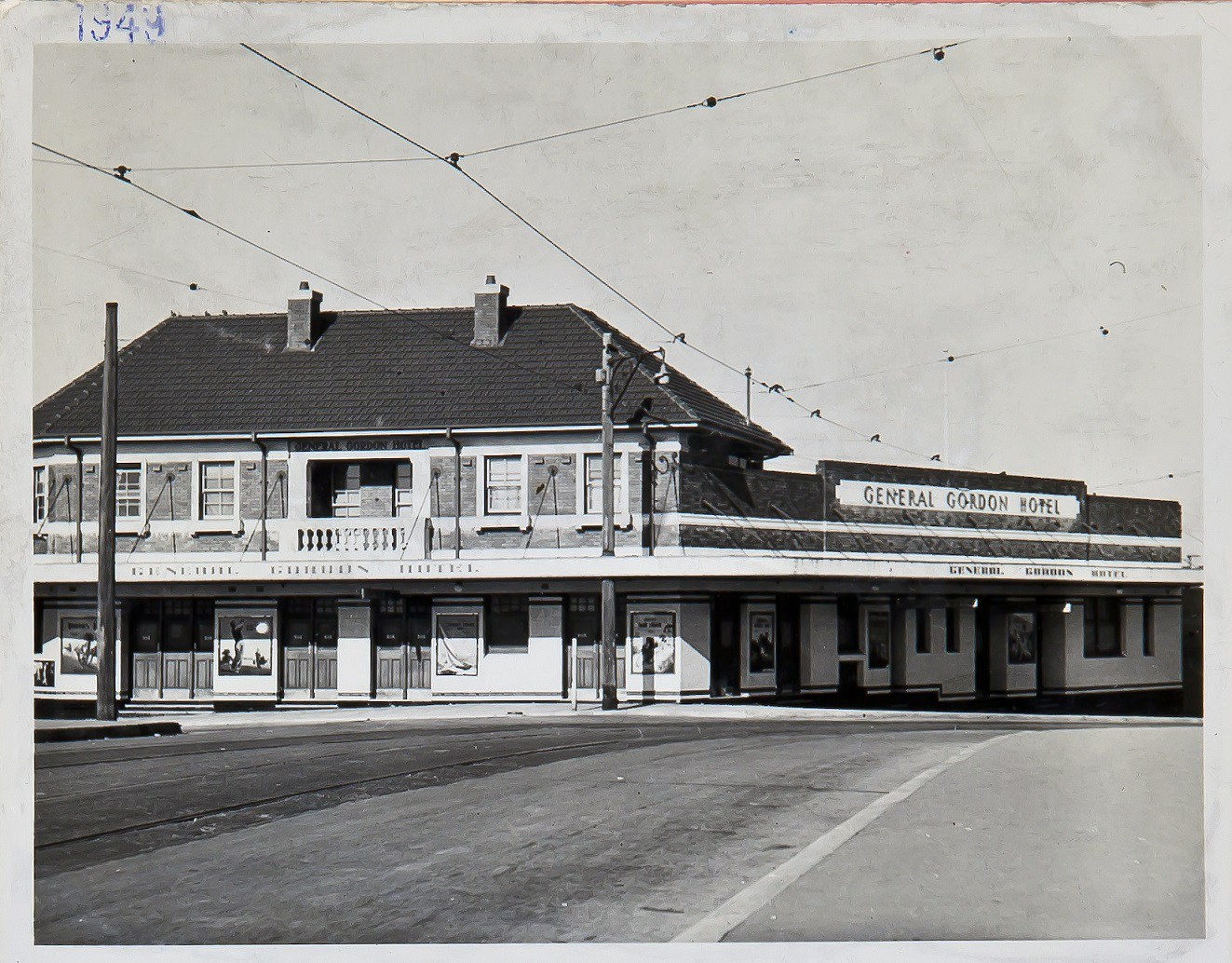 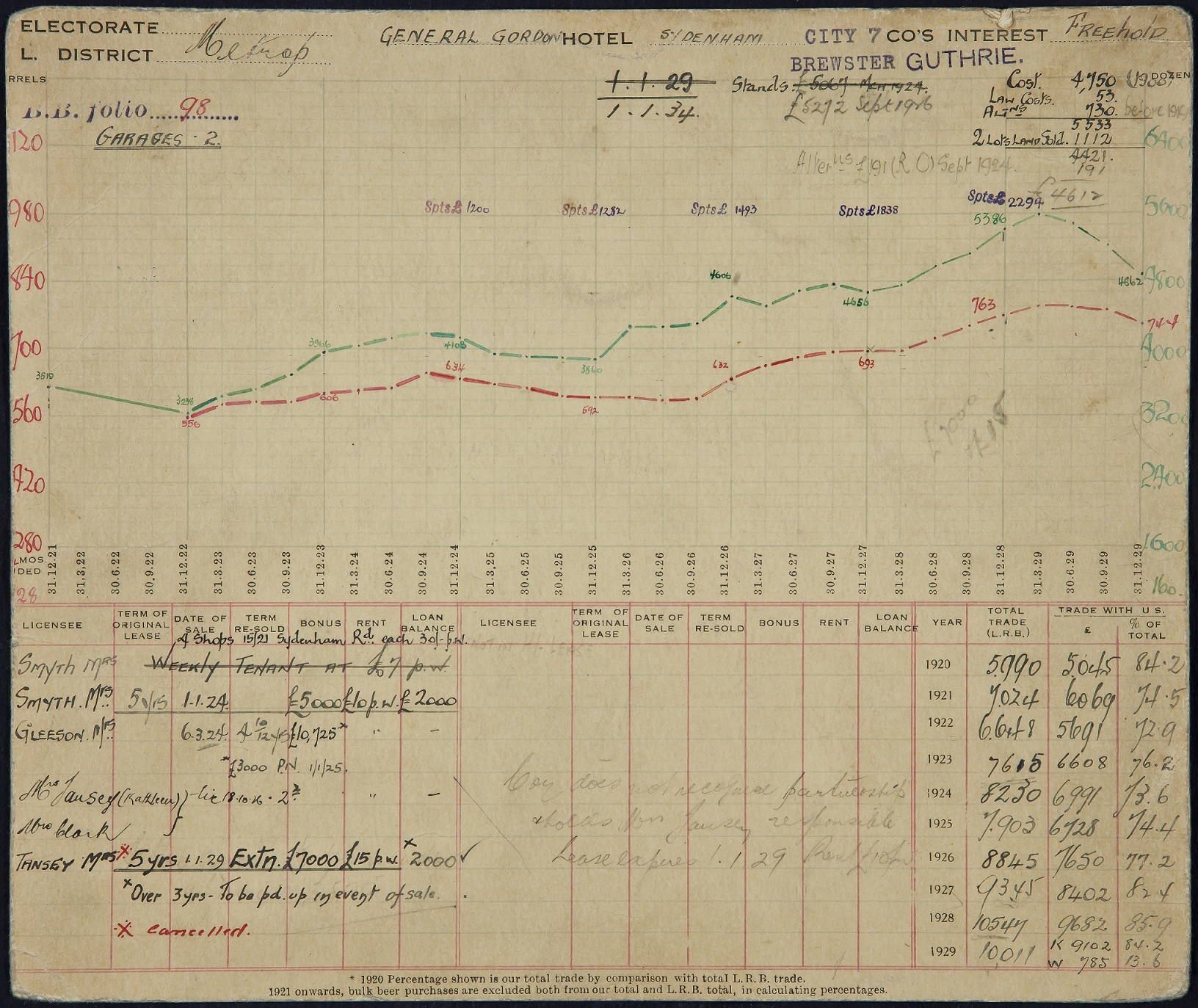 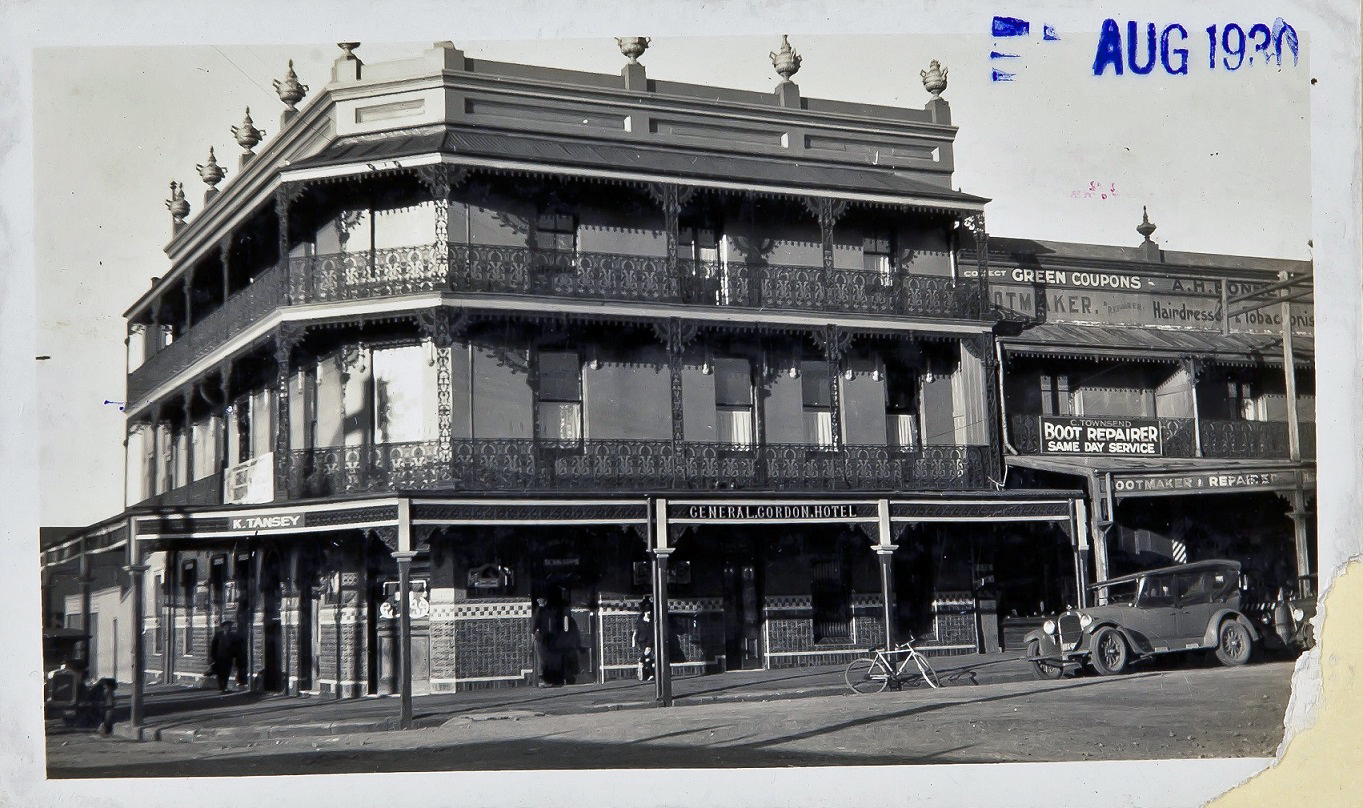 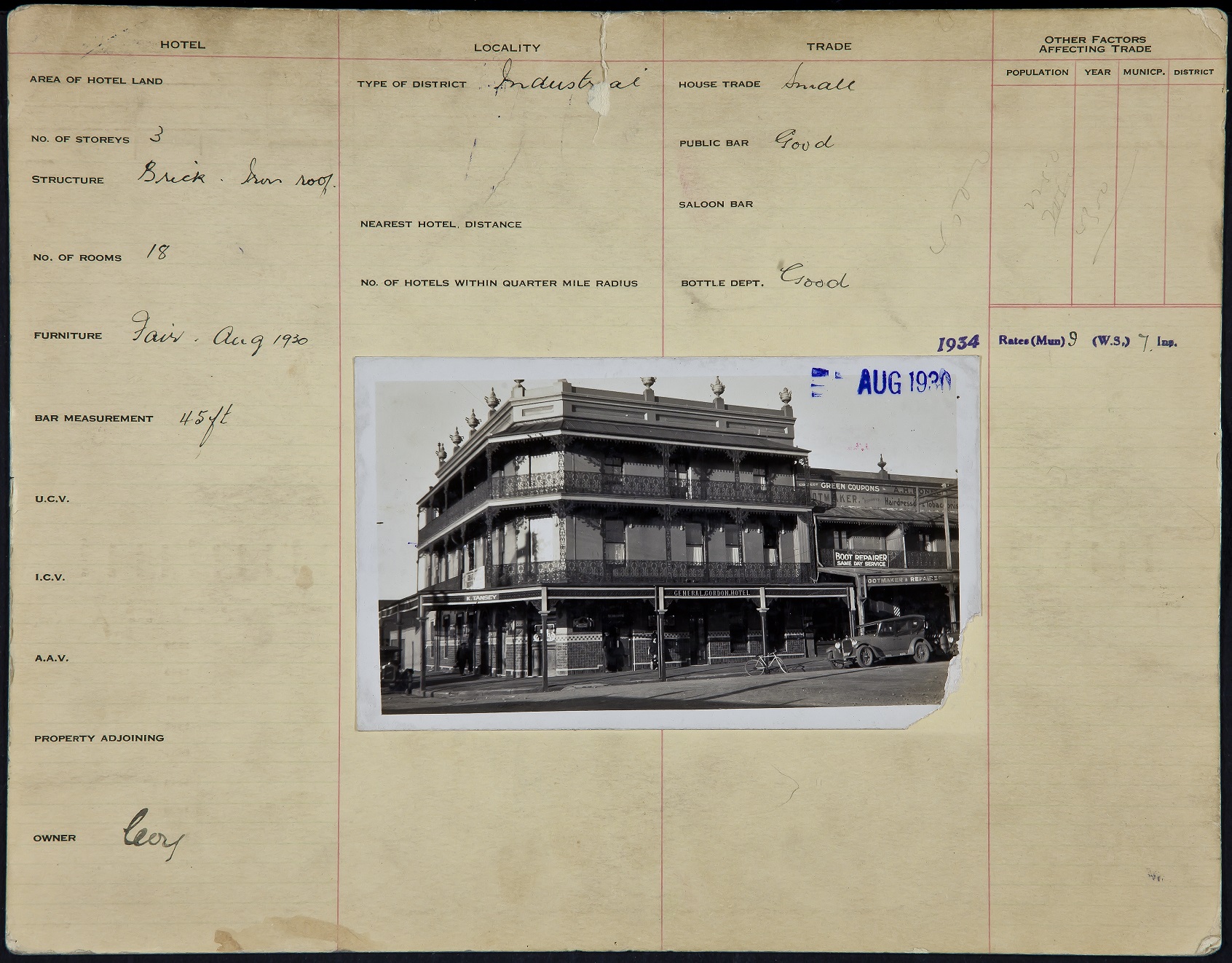 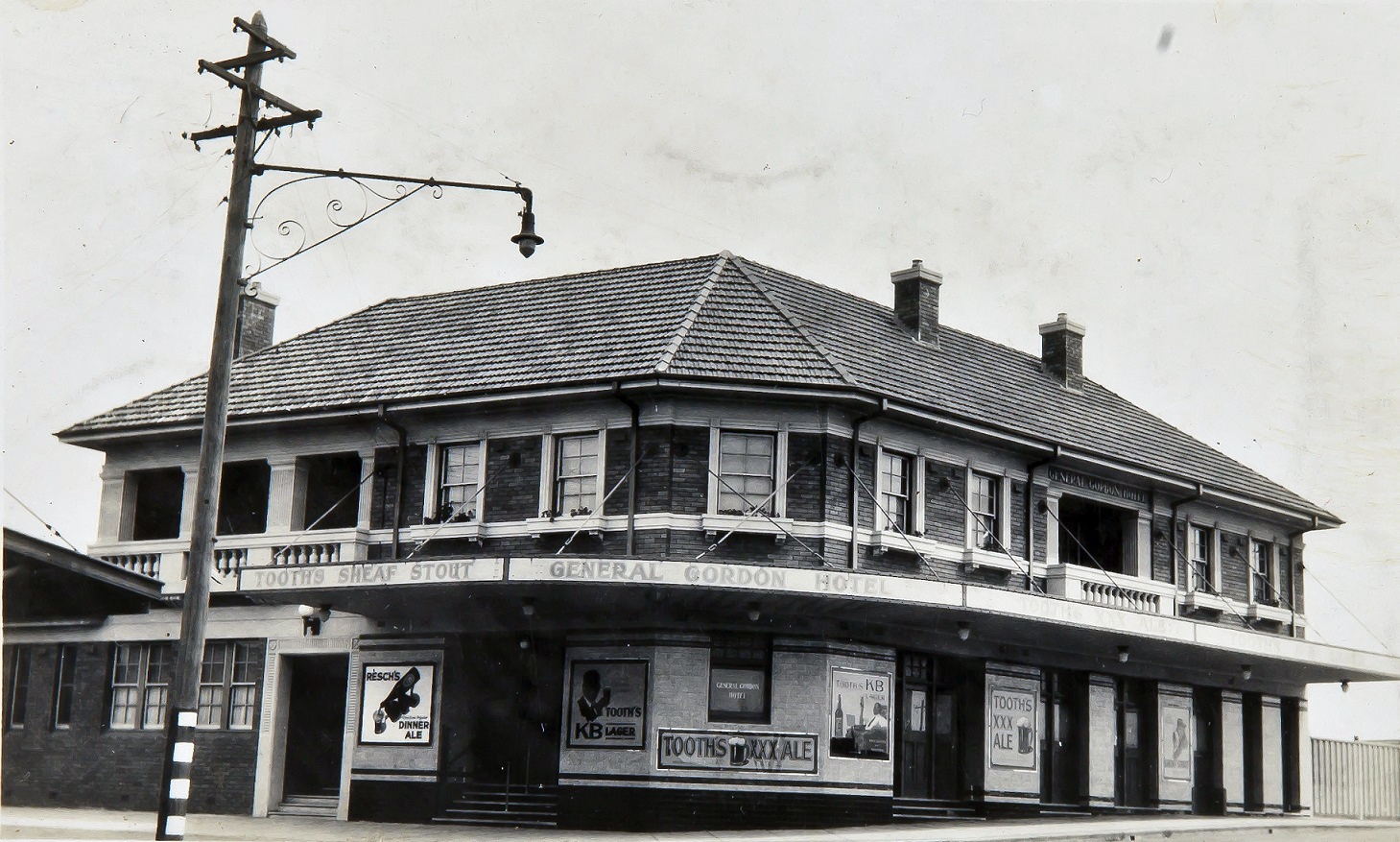 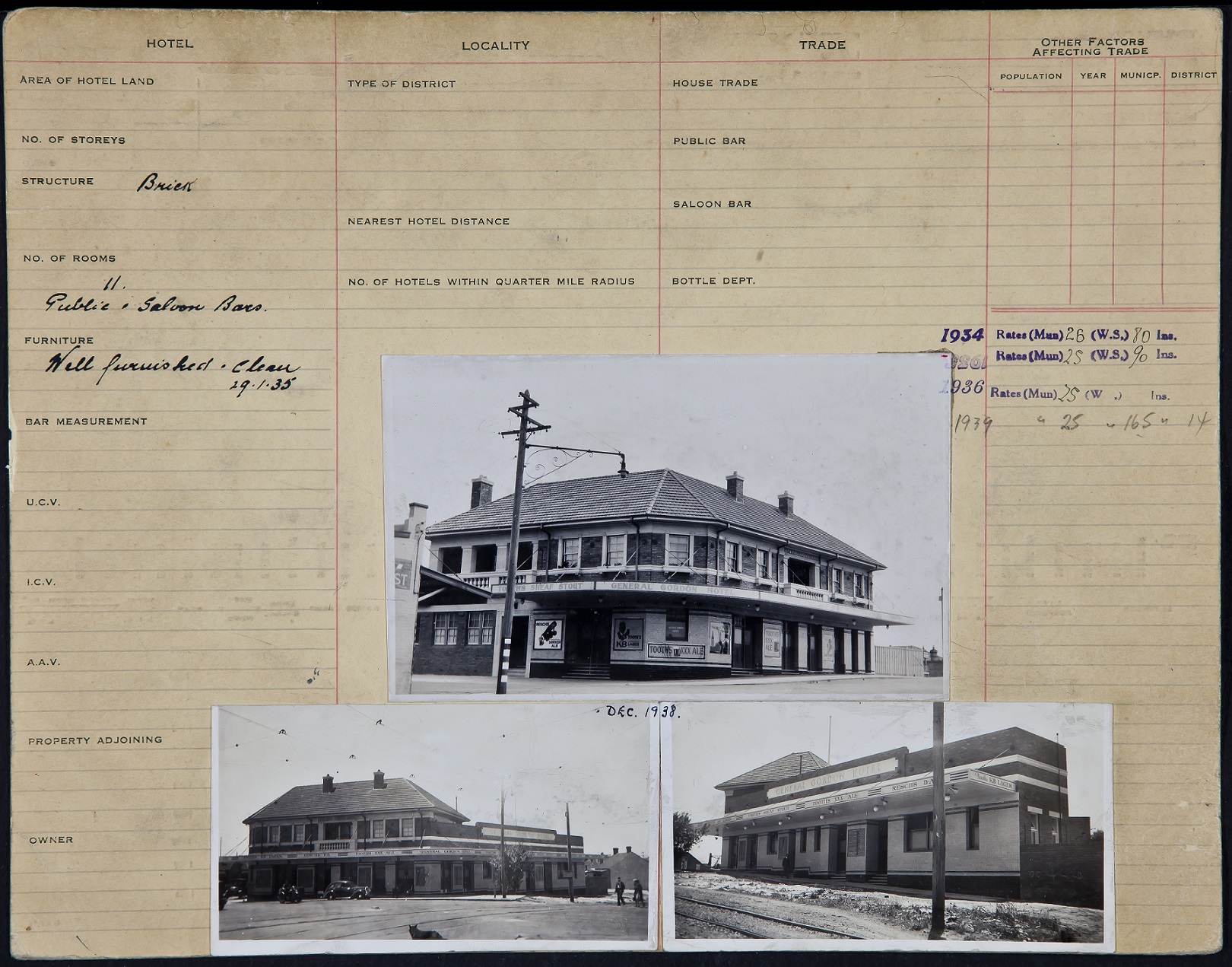 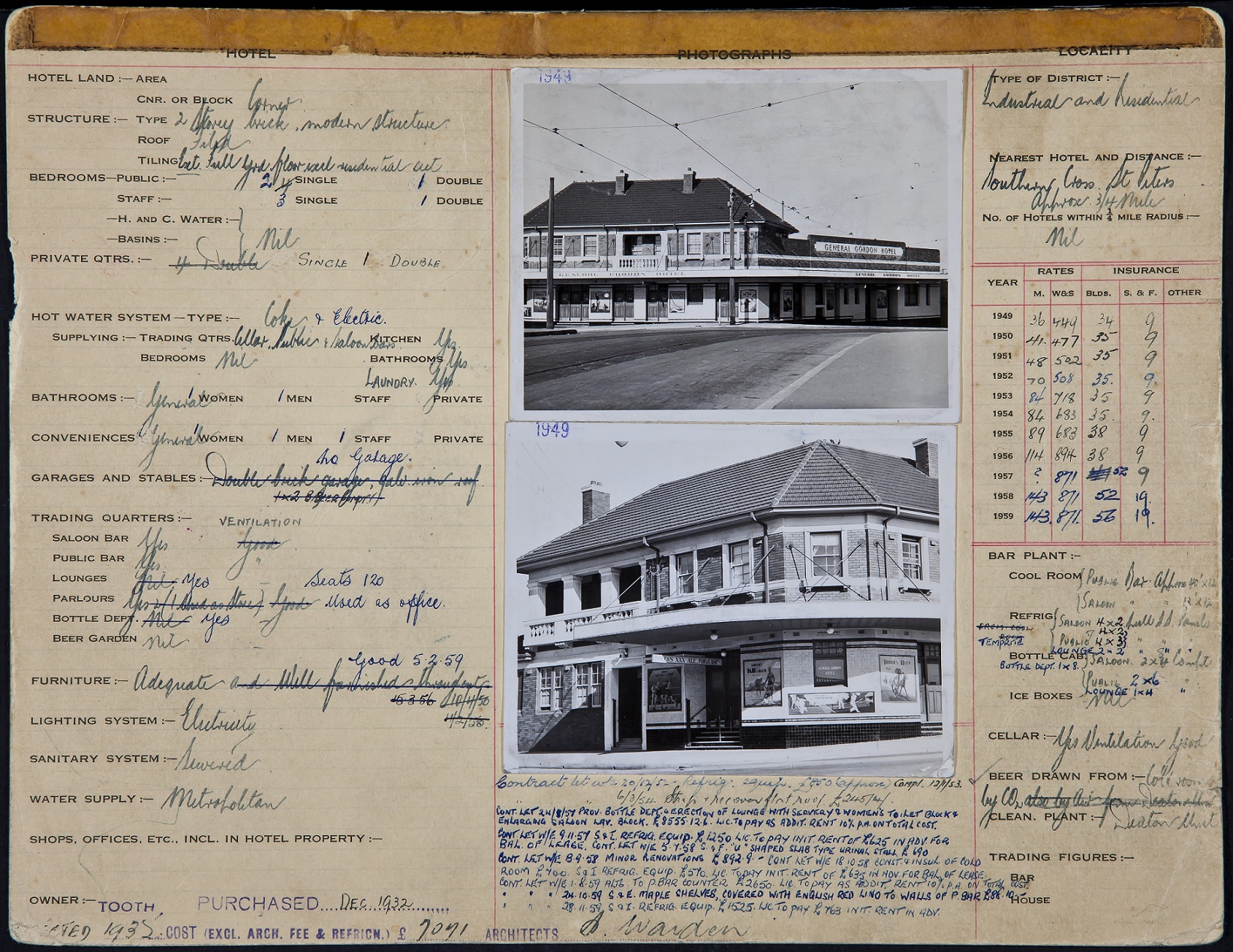 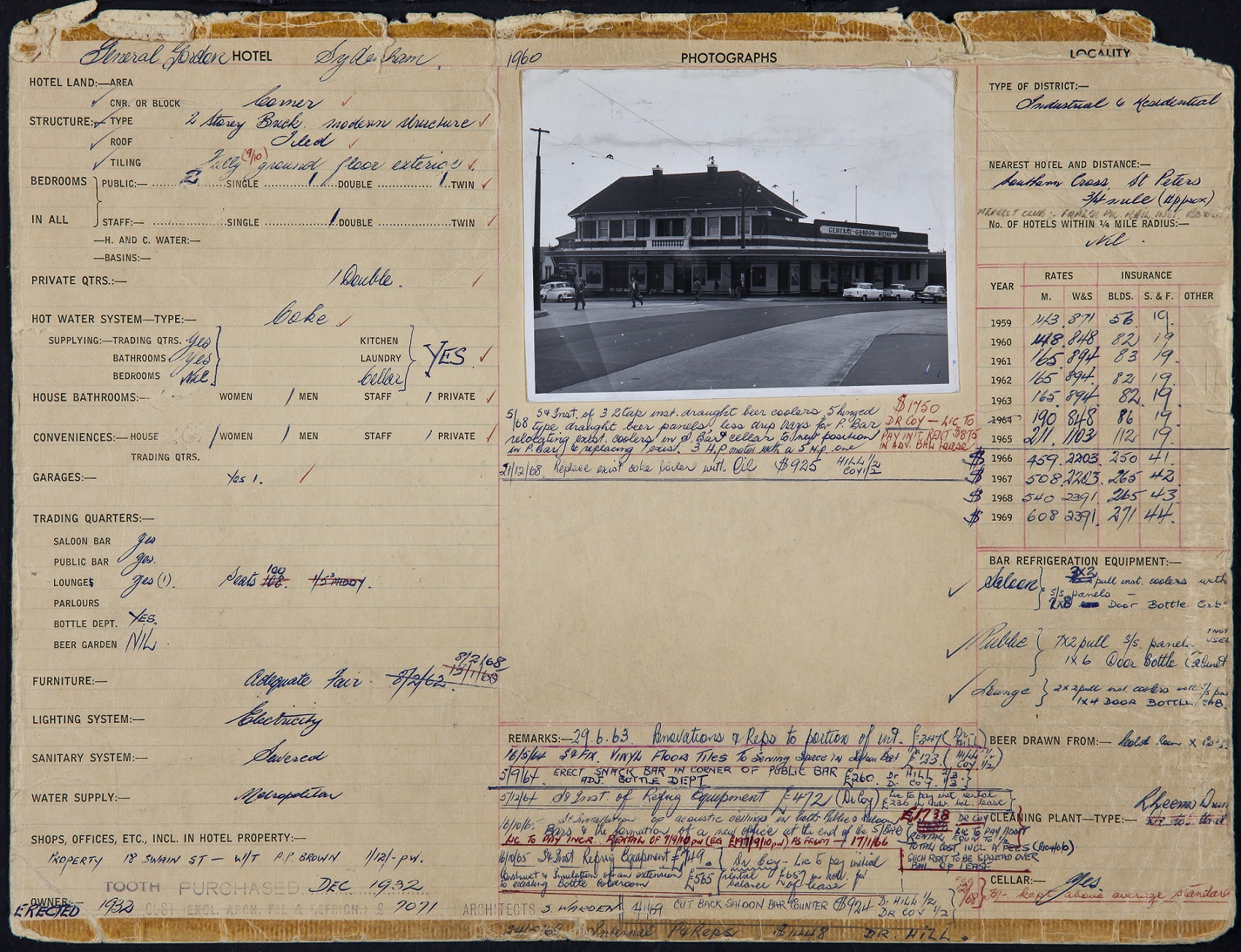