Newspaper office for the Sydney Morning Herald that stood on the corner of Pitt, Hunter and O'Connell Streets from 1856 until it was demolished in 1926 to be replaced by a new, larger building on the same site.

The keystone representing early English printer John Caxton that was used in the arch of the entrance of the original building was removed and reused in the new building. 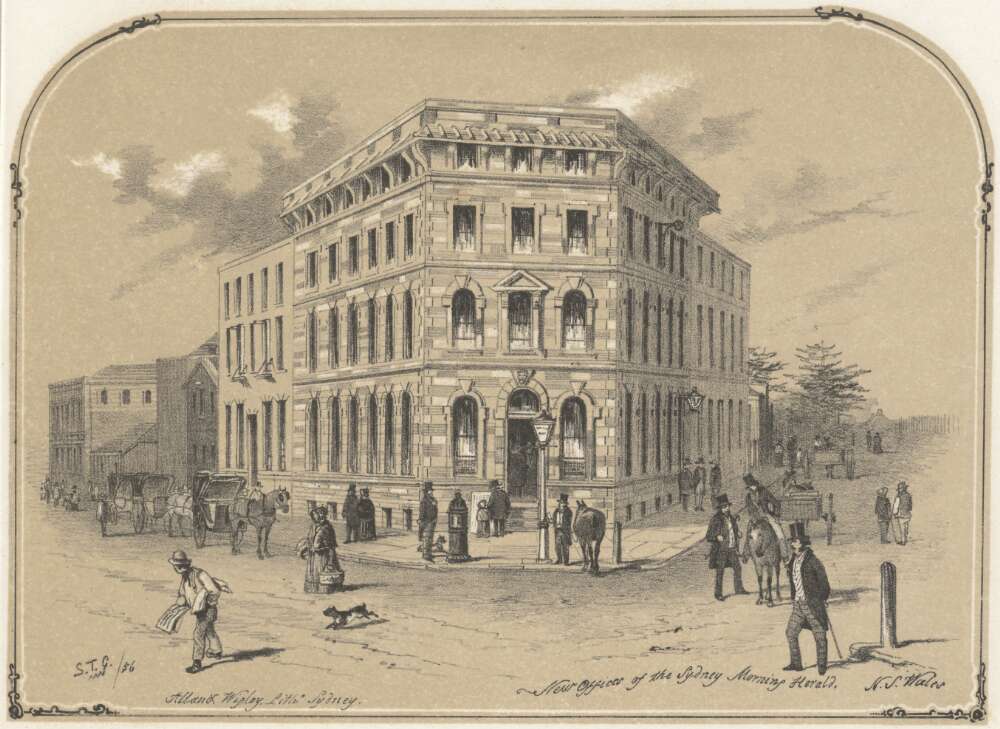 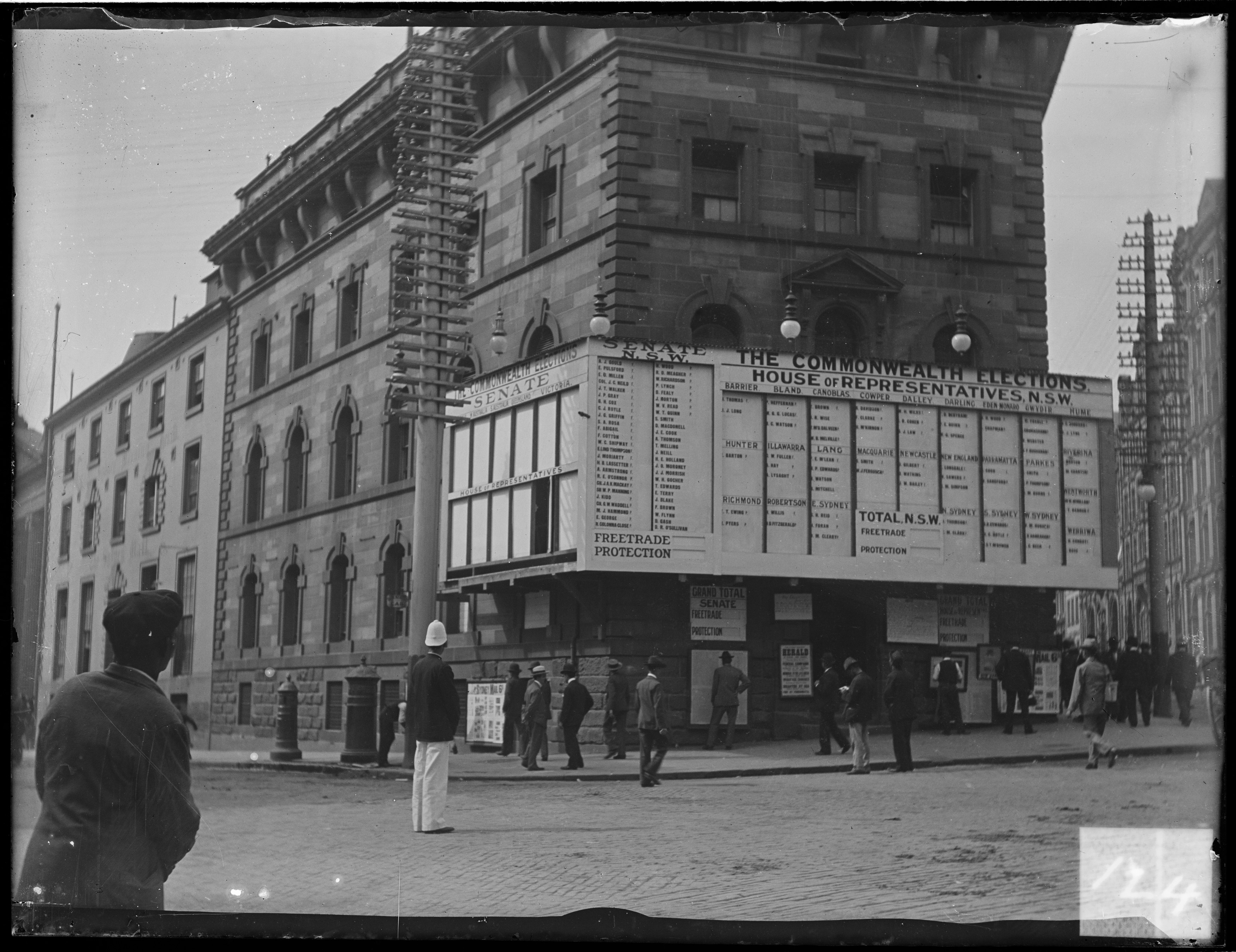 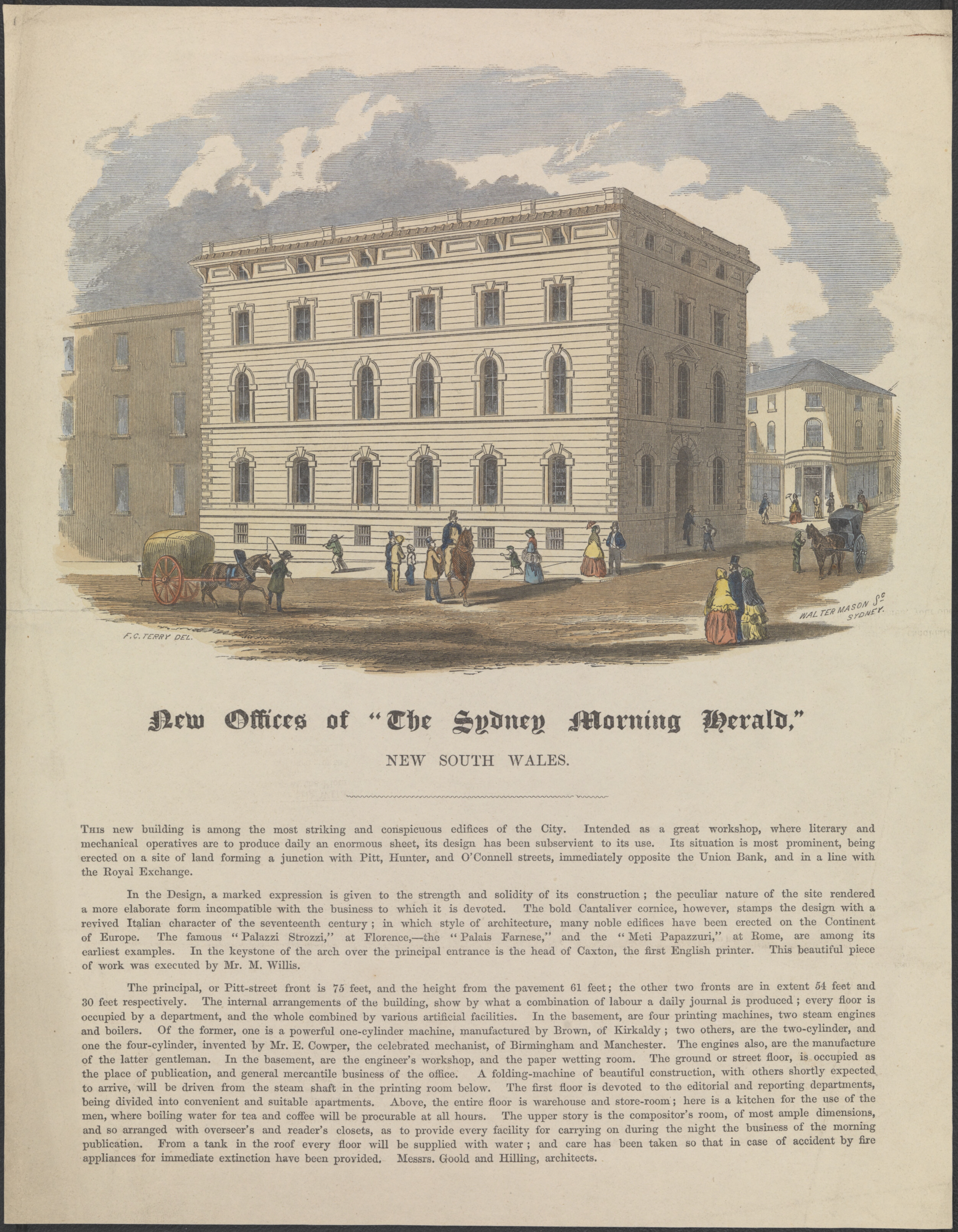