In a once working-class, inner-west suburb of Sydney stands one of the [media]earliest war memorials erected in Australia. The Balmain War Memorial, located in Loyalty Square at the corner of Darling and Beattie streets, was unveiled with due ceremony on Sunday 23 April 1916. This was unusual, because the war was still raging and it was not yet the first anniversary of the Gallipoli landings. 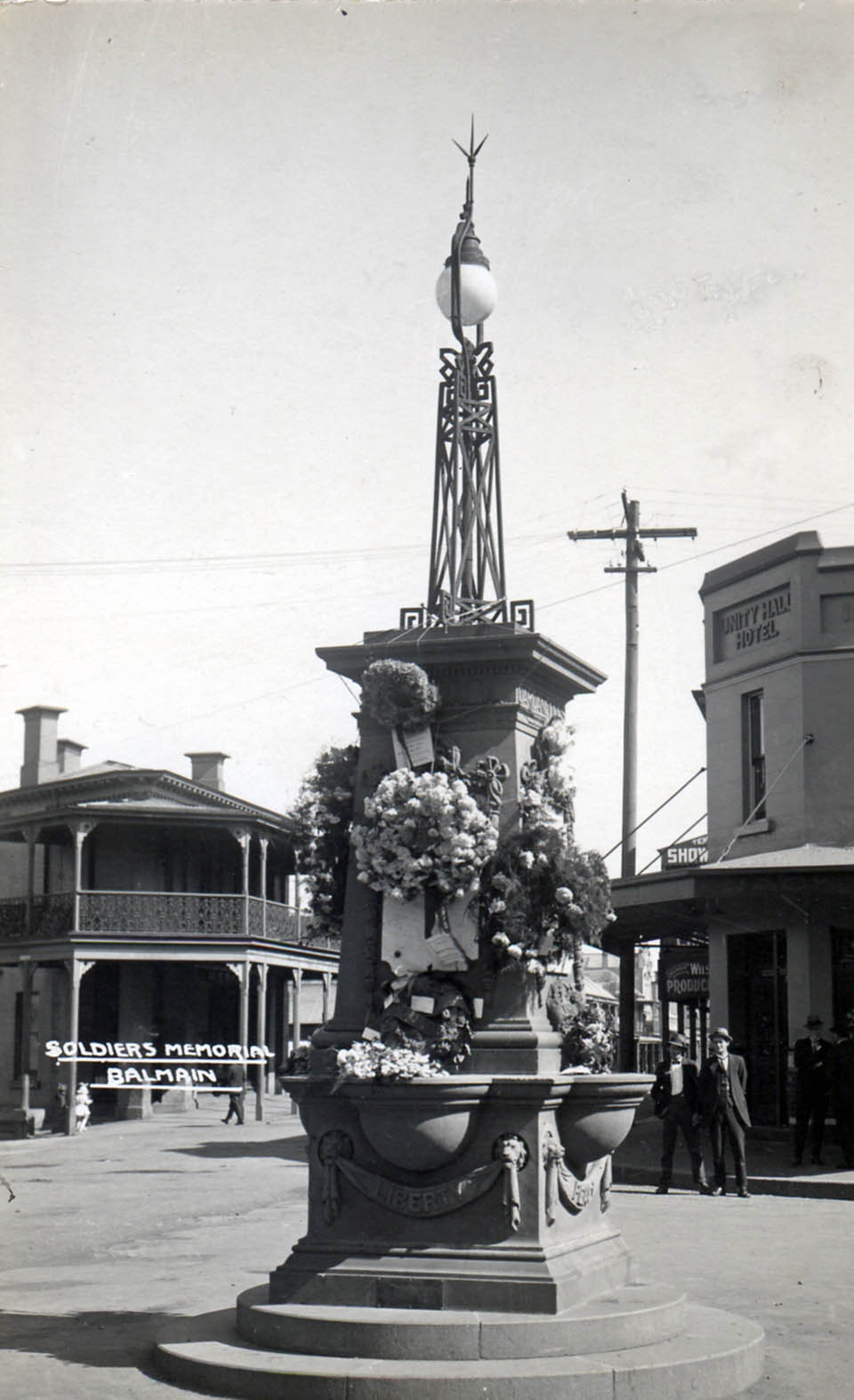 The memorial initially commemorated the local men who had perished in the Dardanelles campaign. Since then it has evolved, as later wars have added new names to the lists of the deceased and the campaigns in which they took part; World War II, the Vietnam War and, more recently, the wars in Afghanistan and Iraq.

The area where the monument was placed was originally named Unity Square, but after the memorial was erected it became Loyalty Square. Because of its precarious location at an intersection and with cars becoming more prevalent, the memorial's stonework was damaged. As early as 1973, there were calls for the restoration and even relocation of the monument. However, it was not until 1998 that the local council took action and extended the pavement outside the shopping area near the memorial. They narrowed the road and turned the site into a small open square, moving the memorial to this paved area. The relocation of the monument caused further damage however, and money was raised by local residents and the council to restore it properly.

The memorial takes the form of a sandstone plinth topped by an iron frame holding a light. While the light was part of the original design, it was not until 2000 that it took its intended place atop the monument. The original design for the monument, once thought lost, was found by a student undertaking work experience at the local council, and the light was added during the 2000 restoration work.

The 38 local men who perished on Turkish shores have their names on four marble tablets, one on each side of the monument. In recent years there have been some additions to the monument. Perhaps the most notable occurred in 2000, when the Leichhardt-Lilyfield RSL Branch was closing. They had in their possession plaques commemorating four local Victoria Cross recipients: Corporal Mackey (1945); Private Currey (1918); Lance Corporal JWA Jackson (1915), the youngest ever recipient of the medal and the first Australian so recognised on the Western front; and James Gorman (1854), an English-born sailor awarded the VC for his bravery at the Battle of Inkerman during the Crimean War. These plaques were placed on the steps below the plinth, along with a fifth plaque commemorating all wars, and inscribed with the words 'In memory of all those men and women who served in the services in all wars for the defence of this country'.

A well-attended public unveiling and remembrance ceremony took place on 11 November 2001, during the war in Afghanistan, a point noted in the local paper The Village Voic e. It ran an article that described the ceremony as a 'show of support for Australian troops sent to fight in Afghanistan'. In 2005 a large and arguably unsympathetically designed sandstone plaque was placed in front of the memorial, commemorating the sixtieth anniversary of the end of World War II. It contains the immortal words from the World War I poet Laurence Binyon's verse, 'For the Fallen': 'We will remember them'. In 2006 yet another plaque was added to the memorial, remembering 18 August 1966 and the end of the battle for Long Tan in the Vietnam War.

Why Balmain became the site for one of Australia's earliest war memorials is unknown. However, at the time of the memorial's unveiling, Balmain was a working-class suburb whose main industry came from its busy docks. At the outbreak of World War I the population of Balmain stood at around 32,000, with approximately 5,000 men eligible to enlist. Nearly all of these men did enlist, and considering the physical nature of the main industry of Balmain at that time, their absence would have been sorely felt. Apparently without prompting from any military or civil central authority, the local council allocated £200 for the monument, while four local businessmen volunteered to pay for the marble tablets. Funds also came from local residents, and the design was created by a soldier from Balmain.

[media]The Balmain war memorial is not only a testament to those who served and to those whose lives were lost in all wars, but its recent history of removal, restoration, and additions demonstrates how new meanings for a monument can be made and amended as the community changes over time. As war once again is on the national agenda and in the nation's consciousness, a need has emerged to restore the old and make new commemorations of both old and recent events and all those who died in them. 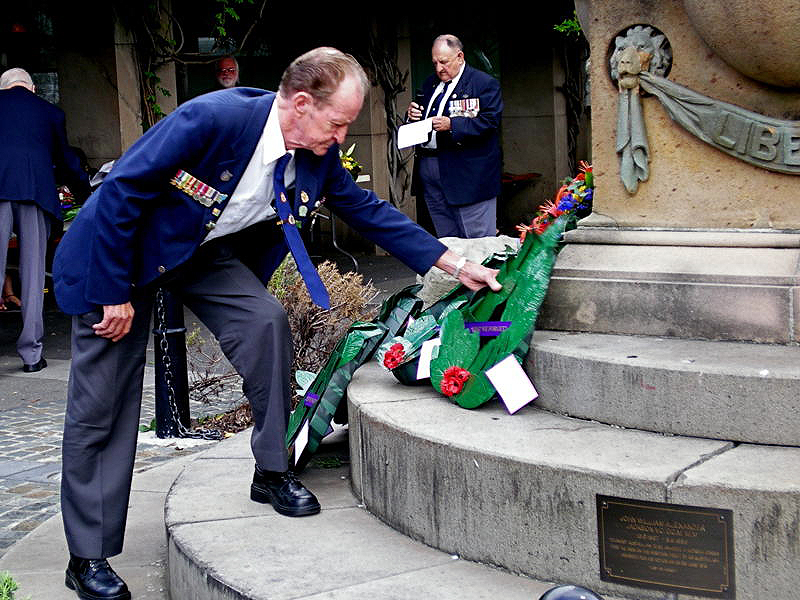