[media]London-born comedian, vaudevillian and entrepreneur Harry Rickards made three tours of the Australian colonies before deciding to settle in Sydney in 1891. His initial offering was the successful New Tivoli Minstrel and Grand Speciality Company of Forty Artistes in 1892 at the Opera House in Sydney. He then took a long-term lease on the Garrick Theatre, renamed it the Tivoli, and opened on 18 February 1893. Rickards rapidly expanded his activities and reigned as the leading Sydney vaudeville entrepreneur for the next 16 years. 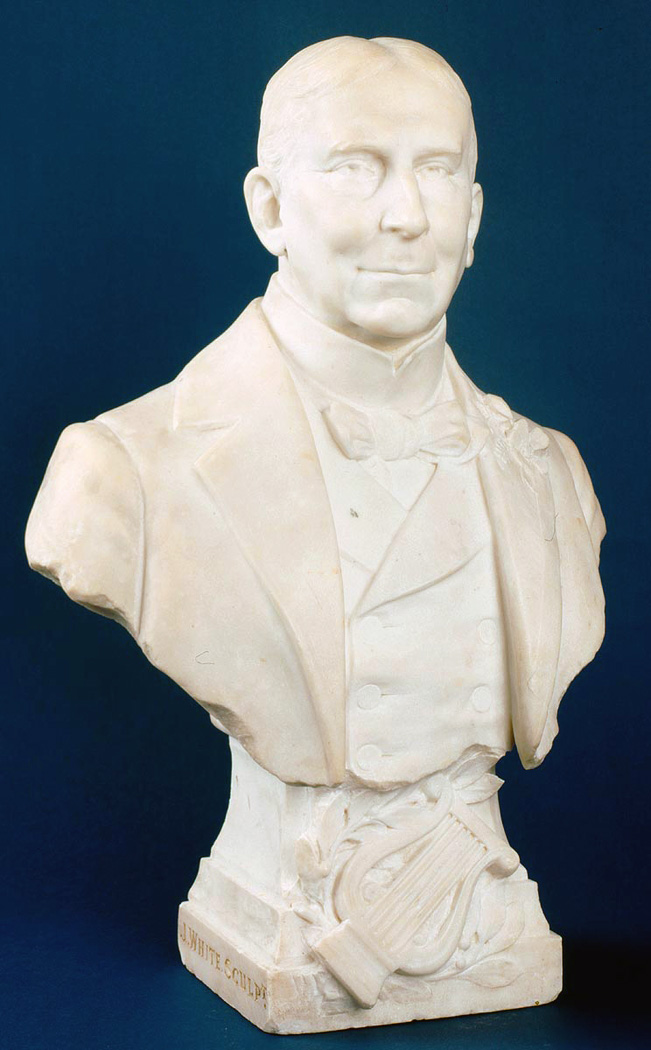 Vaudeville at 'The Tiv'

Rickards had risen to fame as a lion comique, a man-about-town toff performing in the British music halls. He drew on the conventions and repertoire of those halls in arranging his programs for the Tivoli, although there were American influences and localisations.

The standard features were topical songs, often with controversial allusions, sight acts, blackface segments, sketches and a chorus line of gorgeously and somewhat scantily clad young women. There was also a top-of-the-bill act. Rickards was a supporter of local artists, but he also imported the greatest vaudeville stars. Up until 1914, internationally known performers such as comedian Marie Lloyd, soubrette Lottie Collins, comic Little Tich, juggler Paul Cinquevalli and vocalist Paul Pelham were among the many who entertained 'The Tiv's' audiences

Rickards's Tivoli Theatre [media]had a frontage to Castlereagh Street and adjoined the Imperial Arcade. The building was 66 feet (20 metres) wide at the front, with a domed ceiling with a sliding roof. Inside, the stage, which was 50 feet (15.2 metres) wide, was surrounded with a 25-foot-square (7.6-metres-square) proscenium arch. The auditorium, decorated in a general colour scheme of gold, orange and blue, had a typical Victorian layout of stalls, dress circle, family circle and four boxes, with a capacity of around 1,000 people. 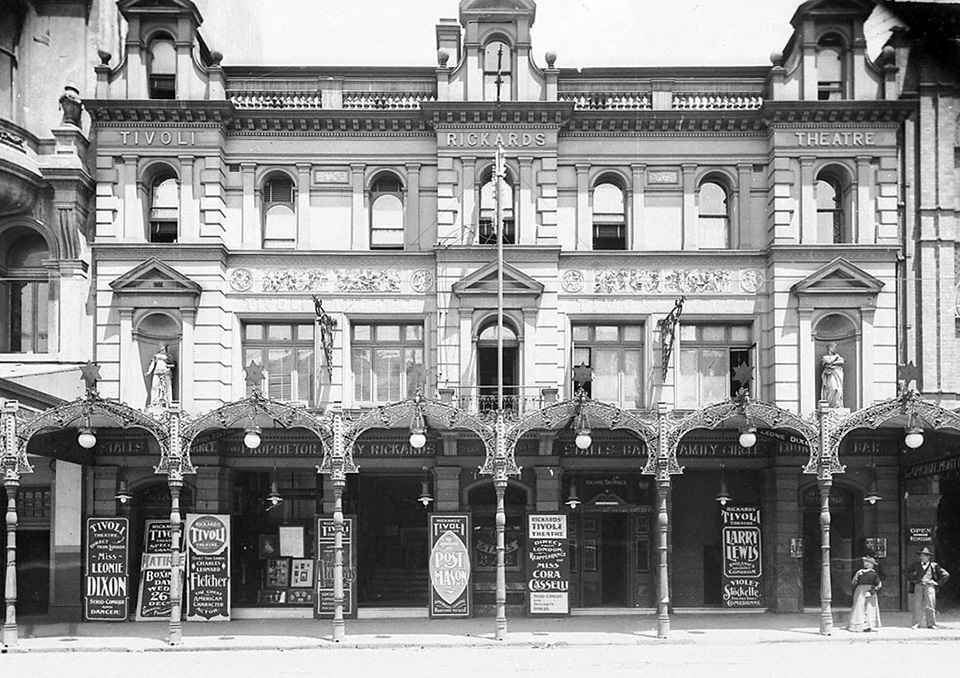 Rickards had leased a modern working theatre, including an electric lighting system with backup gas. Nonetheless, he made a few changes, including dispensing with the footlights, carpeting the floor and raising the orchestra from its previous position level with the stalls. Four years later, in 1897, the auditorium was redecorated in fashionable gold and crimson plush.

Destroyed by fire, but rebuilt

In March 1899 Rickards bought the freehold of The Tivoli. In September however, his Tivoli was destroyed by fire. In a remarkable logistical feat, Rickards's organisation rebuilt the Tivoli in seven months and it reopened on 12 April 1900.

This replacement theatre used the facade of the Garrick Theatre but there was a new building behind it. Scenery services were at the back of the stage, and a separate four-storey building housed dressing rooms and offices. The auditorium was larger than before, with the dress circle tier fronts closer to the stage, giving an increase in capacity to around 1,200 people. The decoration was more ornate than before, with ornamental scrolls and an entablature on the proscenium. The circle fronts were embellished with acanthus leaves and clusters of fruit, and the auditorium was painted overall in cream, gold and turquoise blue with hints of terracotta. The ceiling dome, divided into 24 decorated panels, featured ornamented electric light holders.

Rickards's death and the end of The Tivoli

A year later Williamson's withdrew from variety and the company closed 'the Tiv' on 28 September 1929, ostensibly because the loss-making theatre breached fire regulations. The site was sold to a London syndicate who wanted to build a cinema. The theatre became briefly a mini-golf course but was then demolished. The Embassy Cinema was built on the site.