[media]In 1887 the Oatley Park reserve was created on a headland on the northern side of the Georges River. Consisting of 45 hectares of native bush tracks and amenities for the public to enjoy, the area is maintained by Hurstville Council. To the east of the park is Jew Fish Bay, named after the adjacent headland. One of the features of the bay is a beach protected by a long shark-proof net. This area is known as Sandy Beach and is the home of the Oatley Amateur Swimming Club since 1927. 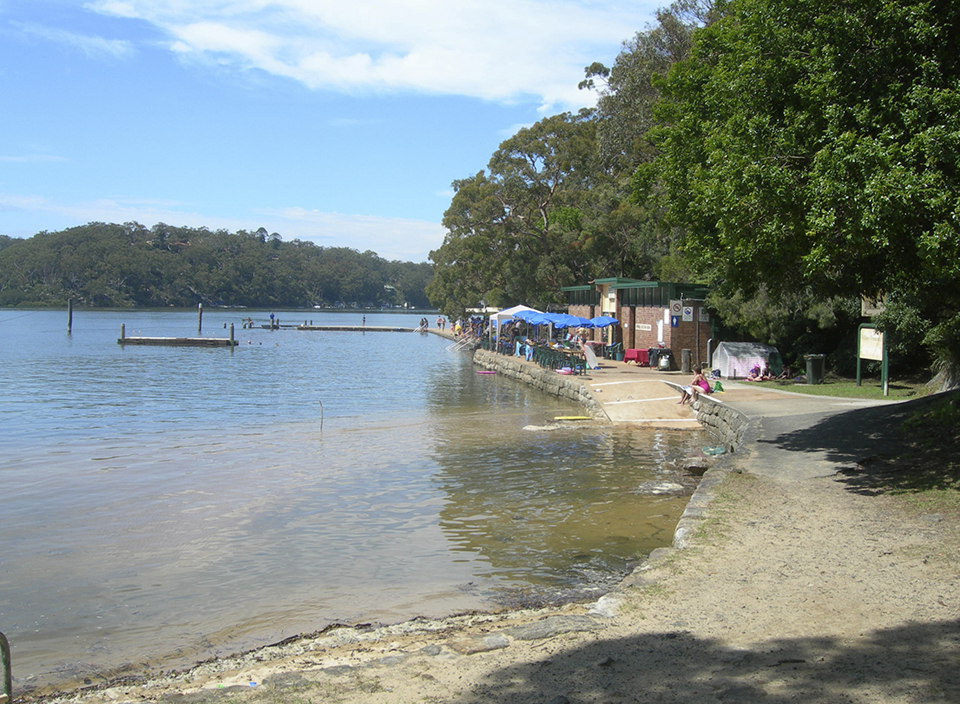 [media]The Oatley Amateur Swimming Club was formed at a time when Oatley had no real entertainment. The club was provided swimming events and training as well as entertainment by way of dances, movie nights, card and bingo nights, excursions to other swimming clubs and events. In the 1930s a bus ran on the weekends from Oatley Station to the baths bringing people from all over Sydney. [1] 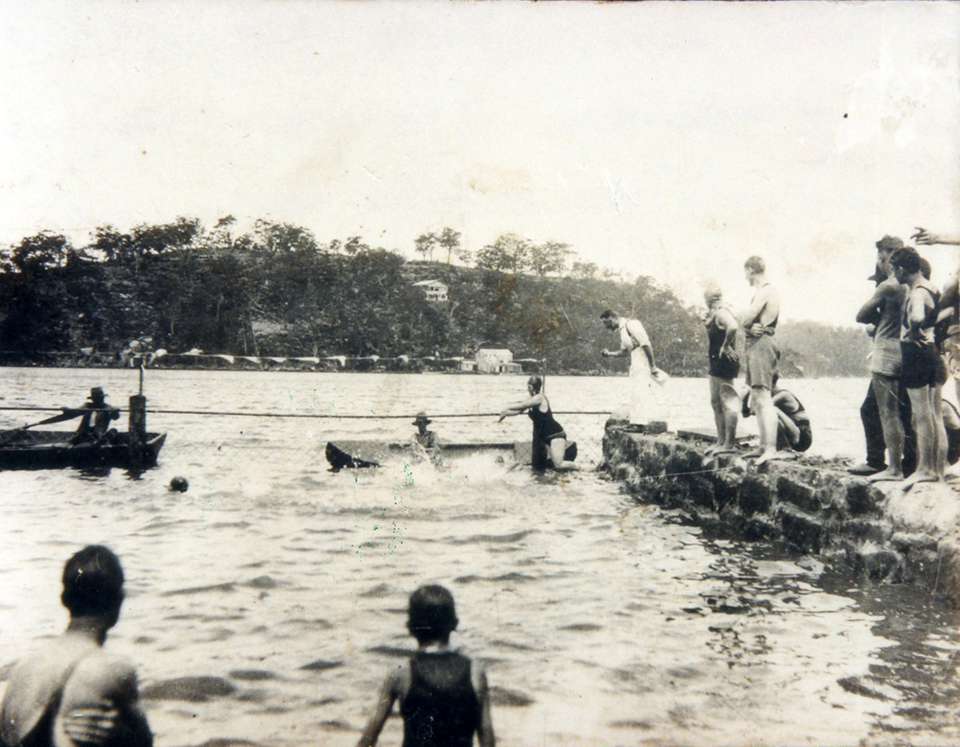 [media]In 1927, the shark-proof netting was extended beyond its original limited area. The netting proved to be ongoing issue, with the original iron mesh rusting quickly in the salty water. In 1946, races had to be suspended due the poor quality of the netting. [2] It was eventually replaced in 1980 with a fibreglass mesh. In the 1930s, club members caught prawns inside the netting. 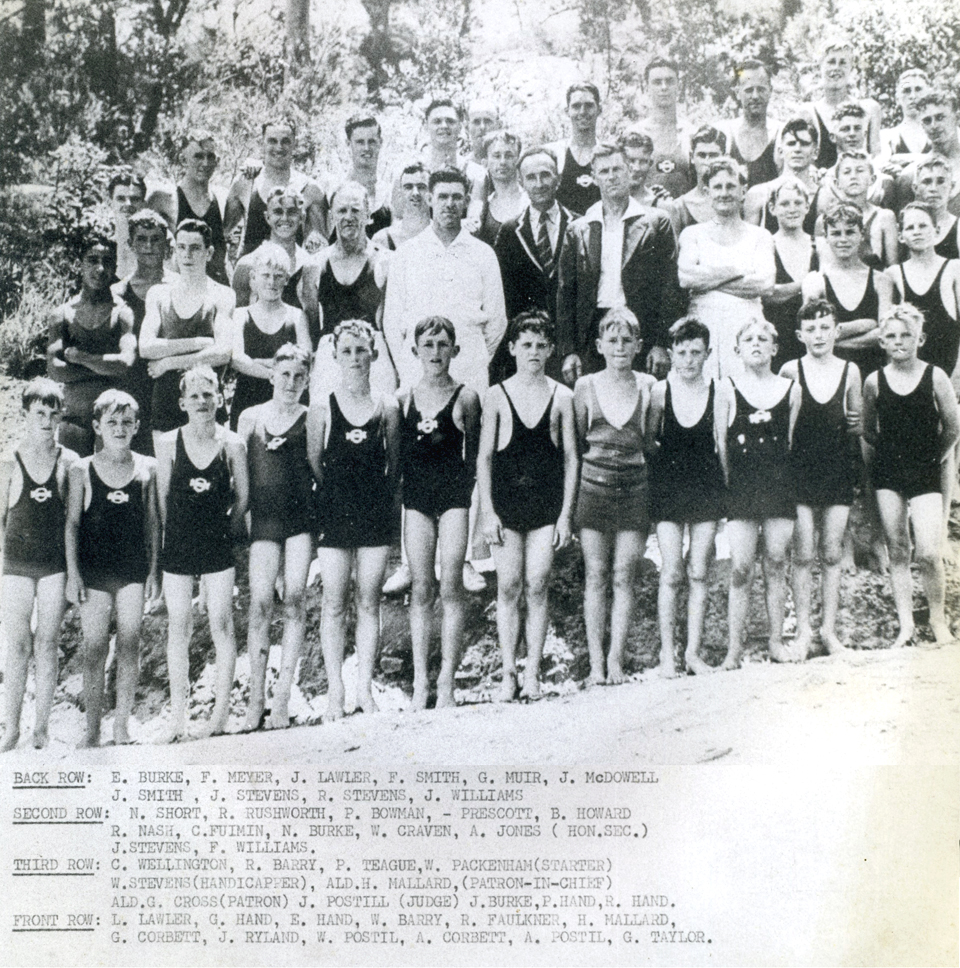 [media]During the depression construction work on the foreshore, along with the building of roads and a 'castle' with a kiosk, made the park and the beach more popular. Hundreds of people came to the baths on the weekend to swim casually and to participate in the club’s competitions.

The club needed a turning board at the 50 yard mark and this proved a difficult task – the turning board consisted of 44-gallon drums lashed together but like the shark nets, they too rusted quickly – as did the steel pontoons that replaced them.

[media]The original dressing sheds were galvanised iron and could only fit a few people at the same time. The club used its facilities in Woonona Parade for a clubhouse and storage area until the present room at the beach was constructed. The clubhouse was used for social activities especially if the off-season. The premises, purchased in the 1930s, were used as a kindergarten for many years before being sold in 2002. [3] 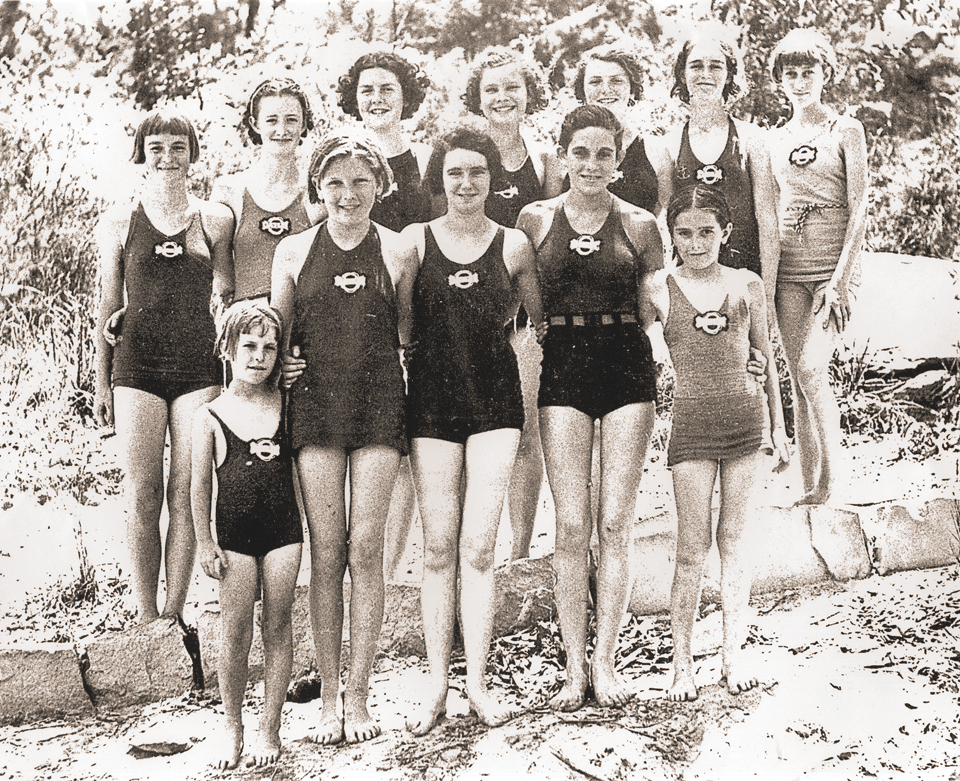 By the 1950s the club provided movies – 'Flicks for Nix' was the advertising line. [4] They also produced a newspaper called 'Splash' which provided information on the swimming competition results and social events as well as other administrative matters. The club ran regular life-saving classes under the authority of the Royal NSW Lifesaving Society and 'Learn to Swim' classes to teach local children.

Hedley Mallard is considered to be the founding father of the club. Mallard later became Mayor of Hurstville Council, beginning a long and excellent arrangement between the club and the council over provision of faculties and maintenance at the beach.

Ray Stevens was a member for over 50 years. During that time he served as President from 1961 to 2002 and as Treasurer and Secretary prior to this.

Distinguished members of the club include Frank Stevens, who was selected in the Australian swimming team for the 1950 Commonwealth Games. [5]

Throughout its existence, swimming club members have also participate in sporting teams such as soccer, netball, water polo and rugby league.

The Oatley Amateur Swimming Club's history had a strong beginning, even flourishing during the Depression years. After World War II, the club continued to its strong membership but went through a low period in the 1970s before picking up in the 1980s. It has flourished ever since and now boasts over 100 members who meet regularly during the summer for structured swimming competitions and social events.