[media]The Lindsay brothers – Percy, Lionel and Norman – were all born in Victoria, but their reputations were made in Sydney, which was well on the way to becoming the leading centre of art and publishing in Australia in the early years of the twentieth century. 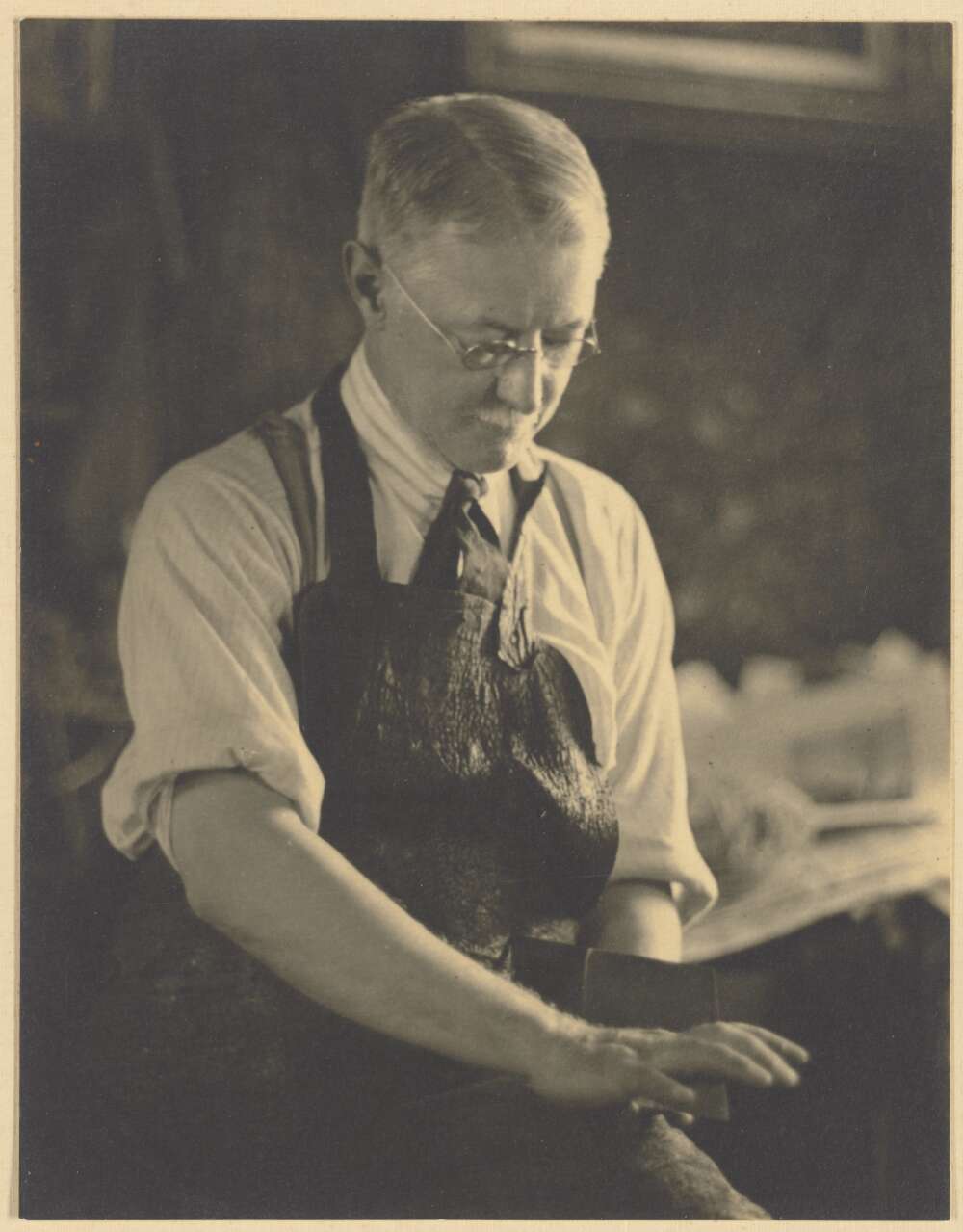 Lionel Lindsay, the third-oldest member of the large Lindsay family of artists, was born in 1874. In the early 1890s he left his childhood home of Creswick, Victoria and moved to Melbourne, where he became an illustrator for several publications.

Increasingly fascinated by Spanish culture, he undertook his first of four trips to Spain during the early years of the twentieth century.

From illustration to fine art

Lionel returned to Australia in 1903 and settled in Sydney, and soon became the editorial cartoonist for the Evening News and a freelance illustrator for the Bulletin. The Lindsay brothers were close friends during their early years in Sydney, and Lionel was a regular guest at Springwood, the home of his brother Norman and Norman's wife Rose, until the brothers fell out in the early 1920s.

Less controversial than Norman in his choice of subject matter, Lionel slowly gained a reputation as a serious artist, especially after he stepped back from newspaper illustration. His strengthening reputation as an artist saw Lionel appointed a trustee of the National Art Gallery of New South Wales in 1918.

Although involved in jocular activities in his youth, as his artistic reputation grew he turned his back on commercial illustration in favour of watercolour painting and printmaking. He became a member of the Society of Artists and was awarded the society's 1937 medal as a tribute to his contribution to Australian art.

An important voice in Australian art

Regarded by many as one of the finest art journalists in Australia, Lionel wrote several art monographs and was a regular writer in Sydney newspapers and also in the prestigious art journal Art in Australia. Increasingly vocal in his opposition to modernism during the 1930s, Lionel wrote several strident articles condemning modern art, climaxing in his polemic book Addled Art a work that attacked the modern movement in art. Addled Art divided public opinion and was publicly condemned by many local modernist artists who challenged Lionel's often anti-Semitic views.

A close friend of Sir Robert Menzies, Lionel was knighted in 1941. But despite his conservative opinions, Lionel, still a trustee of the Art Gallery of New South Wales, was a public supporter of the 1944 decision to award the Archibald Prize to the modernist painter William Dobell for his portrait of the artist Joshua Smith. This event and the subsequent, unsuccessful, legal challenge are regarded as a cleavage line in Australian art history. From that time on, the management and trustees of the Art Gallery of New South Wales became increasingly welcoming of modern art.

Inspired by the nineteenth century French etcher Charles Meryon, who depicted the disappearing streetscapes of old Paris, Lionel, along with several other artists, drew scenes of old Sydney, especially houses in The Rocks district which were being demolished in slum clearance schemes or to make way for the new Sydney Harbour Bridge. Lionel also produced house portraits of historically significant properties around Sydney. Many of these images were later made into etchings, a medium which was extremely popular during the interwar years.

Lionel was married to Jean Dyson, and they had two children, Jean and Peter. From 1911 the family lived for many years at Meryon, a William Hardy Wilson designed house in Burns Road, Wahroonga. Lionel died in 1961 at the age of 87.