The northernmost coastal suburb of metropolitan Sydney, Palm Beach is in the Pittwater local government area, on the Barrenjoey Peninsula. It is renowned as a holiday spot for the rich and famous. Its stunning natural beauty is the setting for some spectacular houses, many with views to Pittwater or the Pacific Ocean.

The suburb was named after the cabbage tree [media]palms, Livistona australis, which were common in the area and put to good use by the original residents,the Aboriginal people who had lived there for thousands of years. Twisting strips of cabbage tree bark into lines, they were able to catch plenty of fish, from the shore and in the water too, patching leaks in their canoes with palm fronds. Their temporary shelters were roofed with palm leaves too. [1] 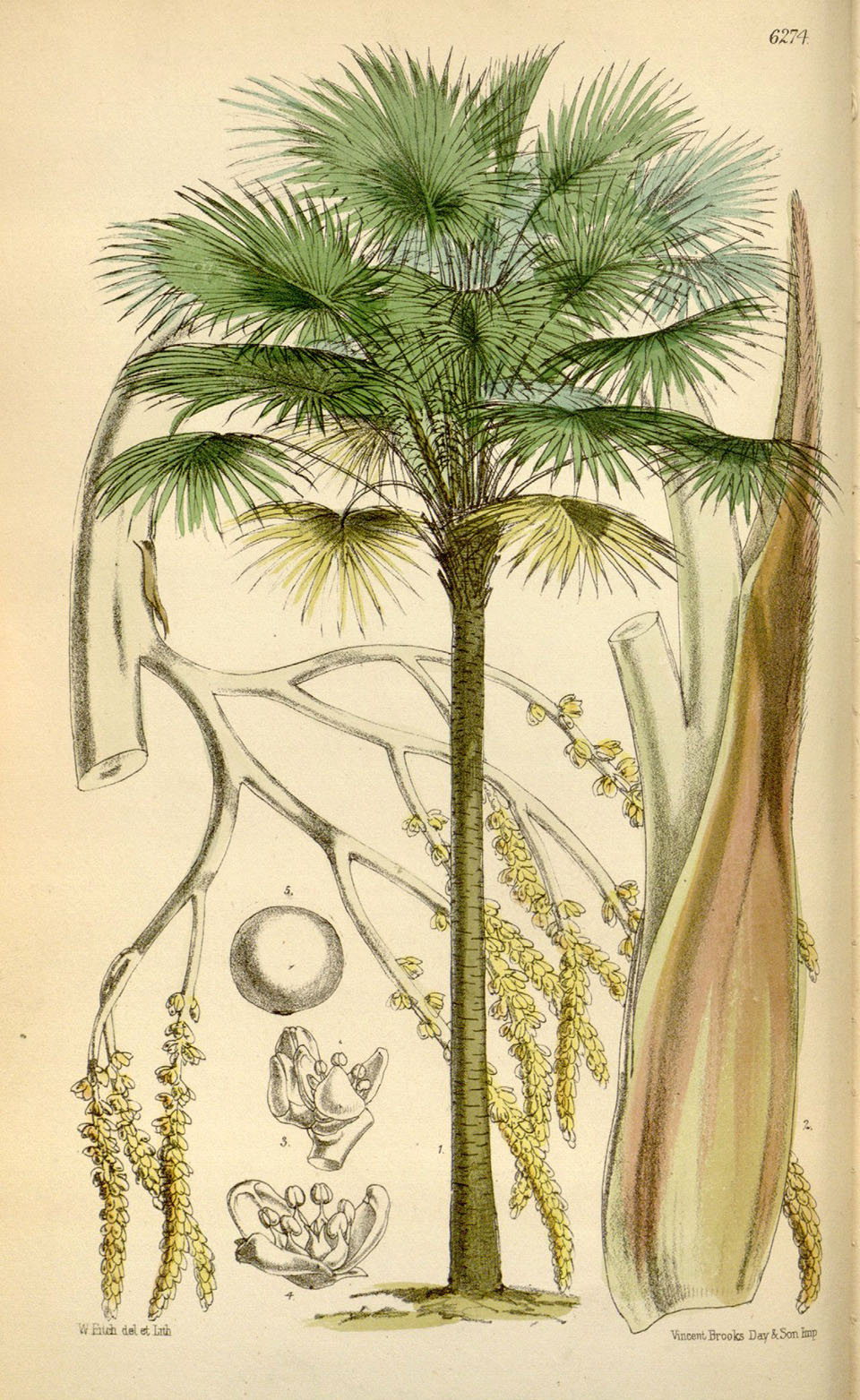 The land now known as Palm Beach, Barrenjoey and most of Whale Beach (400 acres or 162 hectares) was granted to James Napper in 1816, and on a map of 1832 the southern end of the ocean beach is marked as Cabbage Tree Boat Harbour, a name it still bears today.

In the early part of the nineteenth century, the isthmus was home to a few fishermen, who lived at Snapperman Beach, catching and drying fish. The Sydney Morning Herald noted in March 1867:

On the eastern side of Pitt Water, between Barranjoey and the farm of Mr Collins, there is a fishing station, of Chinese and Europeans, and even here the neatness of the huts and the care bestowed on the cultivation of flowers are really pleasing to contemplate.

[media]To discourage smuggling into Broken Bay, the colonial government built a customs house at the base of the headland on the western (Pittwater) shore of the isthmus in 1843. Then, in 1881, it purchased the northernmost part of the isthmus, on which it built a stone lighthouse, designed by colonial architect James Barnet, to alert shipping to the entrance to Broken Bay and the Pittwater. The Barrenjoey lighthouse still stands. 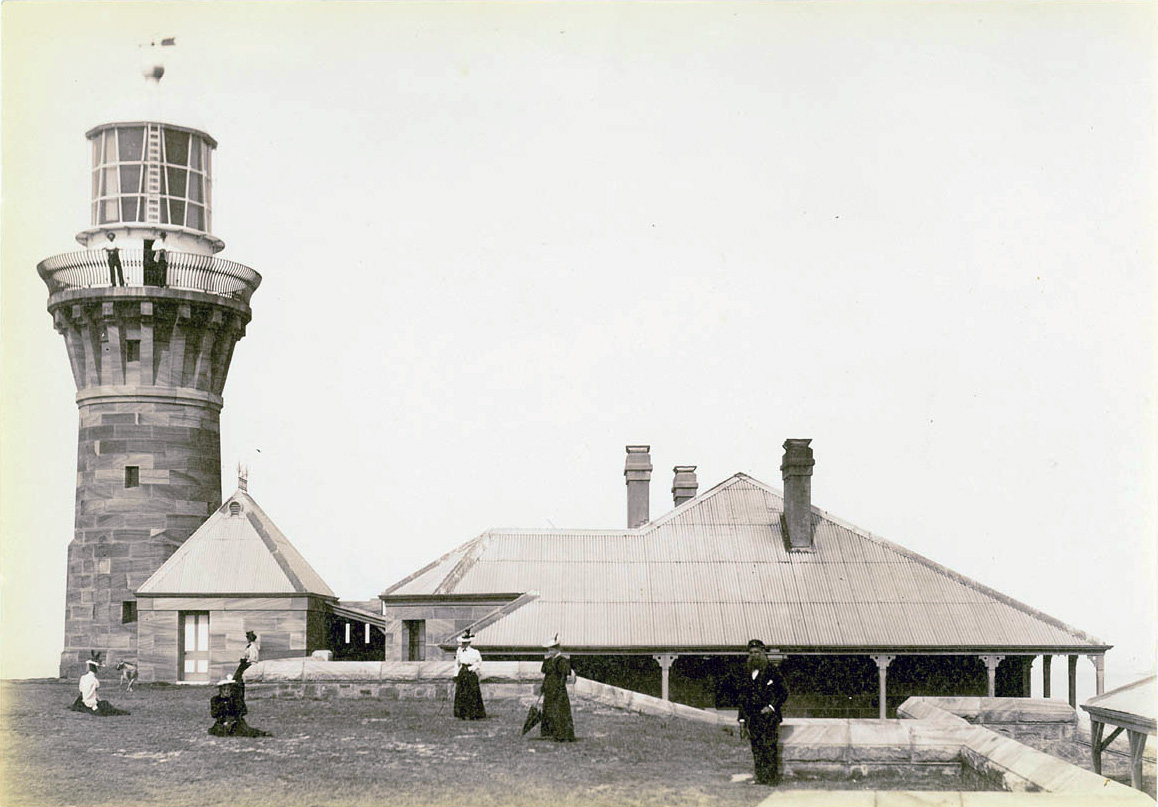 In 1900 all the remaining land was divided into 18 large blocks and listed for sale as 'good grazing land', but none were sold. Then, in 1912, the land was again put up for sale in smaller residential blocks and marketed as offering 'fishing, sailing, golf and rowing'. All blocks were sold. Most houses were built from local sandstone, but other materials had to be shipped in. Some houses were built as guesthouses, but most were second homes for those Sydneysiders who could afford them.

[media]Development of the area was slow, because of its isolation and poor transport connections. Author Nancy Phelan has recounted her memories of visiting the area in the early decades of the twentieth century: 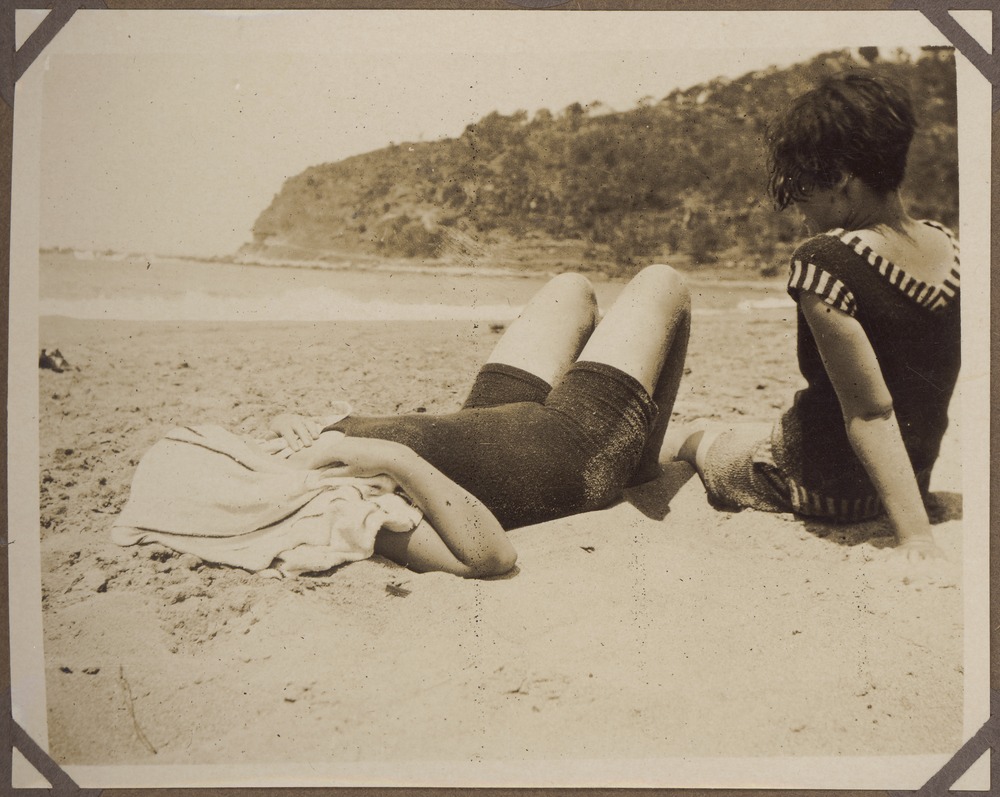 When I first went to Palm Beach with my Aunt Amy there was no through road. We took trams to The Spit, to Manly, to Narrabeen, then a primitive bus over terrible roads to Newport harbour and a launch across Pittwater to Palm Beach, landing at Gow's Store…The journey took hours but it was beautiful… [2]

As Phelan notes, for many years Palm Beach wharf was virtually the only access point, reached by boat from either Newport or Bayview. As well, there was a ferry from Manly, which took daytrippers to Broken Bay.

[media]The retailer RJ Hordern donated Hordern and Wiltshire Parks and Mackay Reserve. Horden lived at Kalua, opposite the beach. Palm Beach Surf Life Saving Club, which was established in 1921, now has four houses on the beachfront. 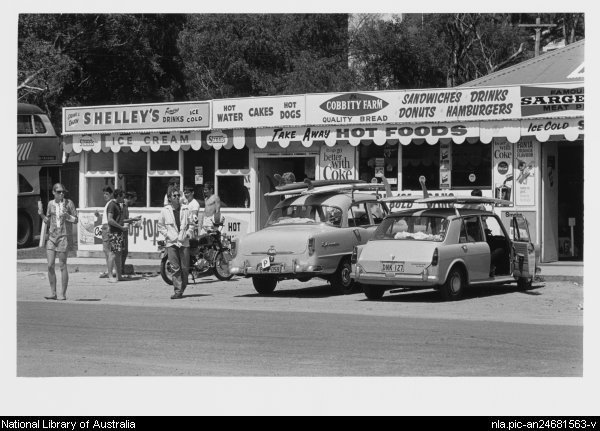 Since World War II, the area has become more residential, but still remains a secluded peninsula, despite improved communications, including a seaplane wharf, for those who can afford this commuter transport to the centre of the city of Sydney.

[2] Nancy Phelan, Setting out on the voyage: the world of an incorrigible adventurer, University of Queensland Press, St Lucia Qld, 1998