Harry Rickards [media]was born Benjamin Harry Leete in the east end of London on 4 December 1843, the son of a printer. He was apprenticed into the engineering trade. From his youth, however, he used a natural baritone voice and an easy manner to also gain entry as a performer in the pubs and small music halls of London's suburbs. He married in 1862 and he and his wife – née Caroline Hayden – soon after 'went on the stage'. 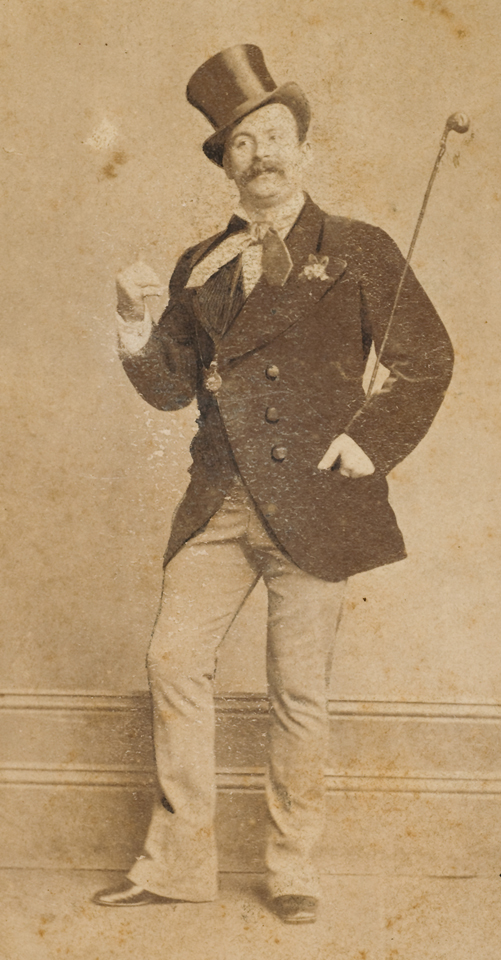 Rickards's break as an entertainer came in 1863 with the popularity of his rollicking song, 'Captain Jinks of the Horse Marines'. The lyrics ran in part:

I'm Captain Jinks of the Horse Marines,
I feed my horse on corn and beans,
Which, of course, is a great deal beyond the means
Of a captain in the army.

His [media]success led to an association with Wilton's Musical Hall in London, and over the next five years Rickards became a star performer, with a persona as a 'lion comique', a moustached man-about-town 'swell', singing of champagne and the high life. Being a true Cockney, he also made a feature of character costume songs, such as 'Knocked 'em in the Old Kent Road'. 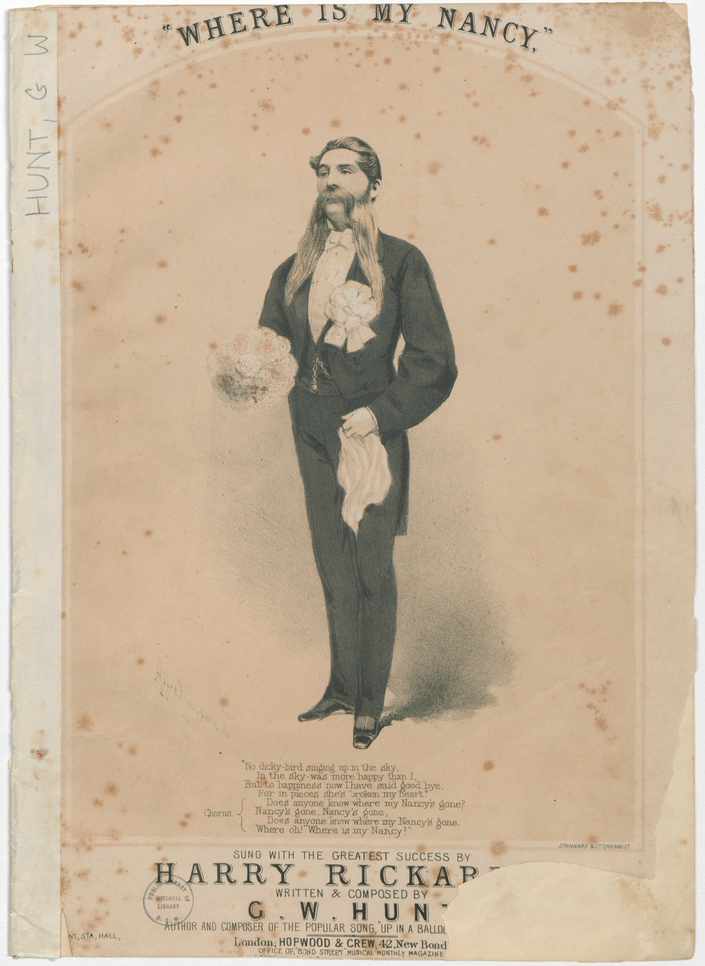 In addition Rickards moved into the management of a small music hall. This endeavour ended in bankruptcy and he tried to redeem his fortune by touring the colonies with his wife, professionally known as Carrie Tudor, and manager Enderby Jackson. The company made its Australian debut in December 1871 but then, still in debt, travelled to the United States. Tudor remained in America but Rickards finally returned to England in 1875. He then performed in pantomime and vaudeville, as well as once more managing small provincial halls, for the next decade.

Following his [media]divorce in 1879 he married Melbourne-born entertainer Kate Roscoe (or Roscow), an expert acrobat and trapeze artiste who subsequently worked professionally as Kattie (or Katie) Leete. The Rickards-Leete combination organised one tour of Australasia in 1885–87, and the family, with a small company, again toured here in 1888. This tour was only a mixed success but Rickards returned to England to make arrangements to settle in Australia. 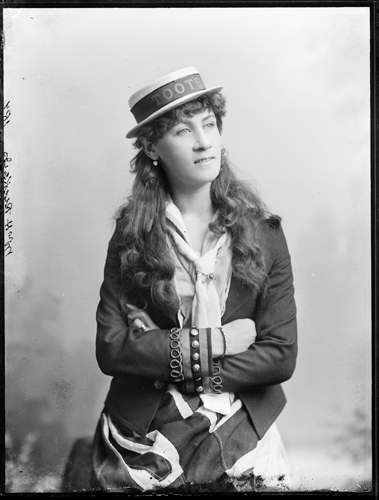 By the time Rickards, with a newly formed company, arrived back in 1892, the prosperity and optimism of the 1880s had been replaced by economic depression. Nonetheless he leased the Sydney Opera House for his New Tivoli Minstrel and Grand Specialty Company of Forty Great Artists. It was a successful season and this encouraged Rickards to lease the Garrick Theatre in Castlereagh Street between King and Market streets. He renamed it the Tivoli and opened, with a program organised on traditional music hall lines, in December 1893. This Sydney Tivoli Theatre, rebuilt and renovated over the years, became and remained Rickards's flagship theatre.

As a [media]producer and entrepreneur, Rickards encouraged local performers, and well-known artists such as Florrie Forde and singer Albert Whelan got their start with him. But he concentrated always on one leading overseas star for each show, and he imported the elite of the international variety circuit. His early headliners in the 1890s included the juggler Paul Cinquevalli and comedian GH Chirgwin, and among later visitors were WC Fields, escapologist Harry Houdini and comedian Marie Lloyd. Rickards also expanded his production range, not always successfully, into musical comedies and pantomime and, in 1896, was the first manager in Sydney to include motion pictures in his stage shows. 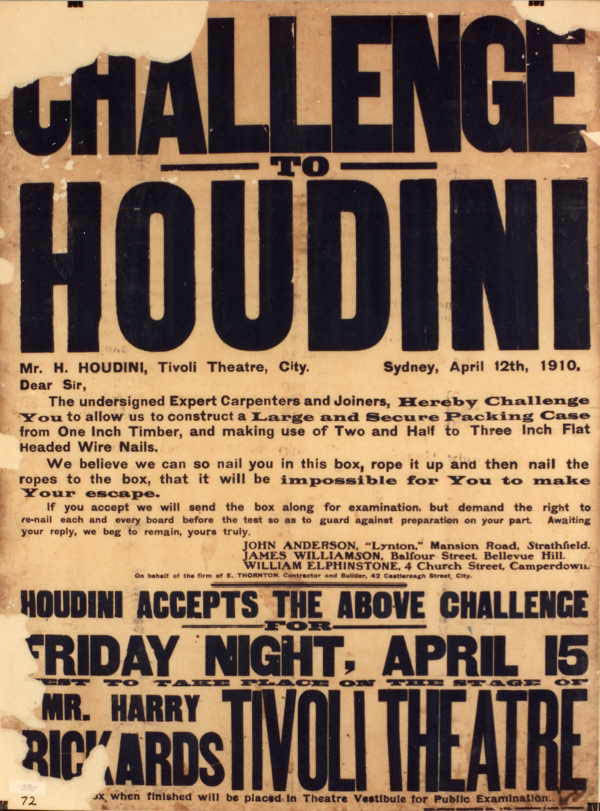 With his [media]increasing entrepreneurial success, Rickards had begun to limit his own stage appearances. He concentrated instead on extending his operations into Victoria, South Australia and Queensland and building his Tivoli vaudeville circuit into one of the most successful in the world. For 16 years Rickards reigned as the leading Australian figure in this field, still travelling overseas annually on talent-buying trips. 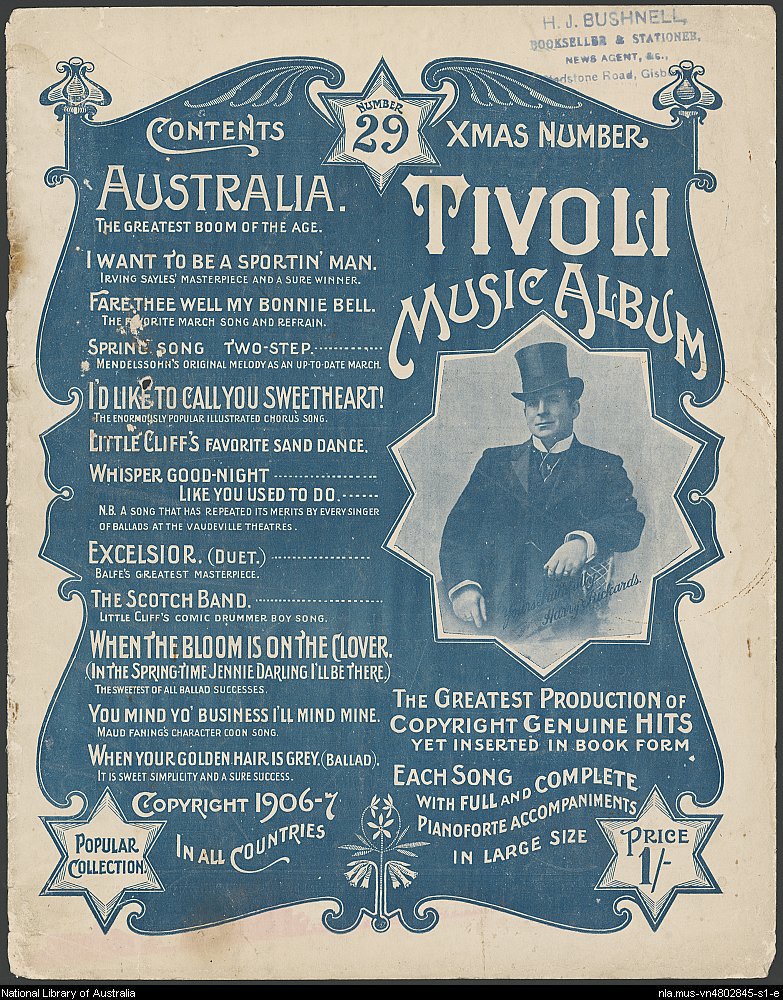 Rickards [media]was a well-liked man, debonair, portly in later life, good-natured, generous and benevolent by action and reputation. He was also notoriously unpunctual and rather gushing in manner. He suffered from diabetes and this may have been influential in his death while in England in 1911. His wife Kate and their two daughters survived him. A son had died in childhood. His body was returned to Sydney and it lies under a magnificent sculptured cupola in Waverley cemetery. 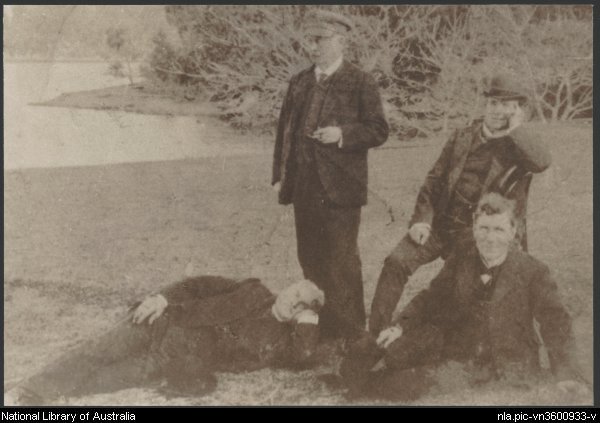 He was an astute businessman who left an estate, which included the family home at Darling Point and a provincial property in England, valued at over £145,000. It then cost entrepreneur Hugh D McIntosh £100,000 to purchase control of the Tivoli circuit in 1912, one year after Rickards's death.