[media]In the middle of the twentieth century, the precursor for the Maritime Union of Australia, the Waterside Workers' Federation, was a particularly strong union. And back in those days, the union had over 24,000 members. Besides normal union business, the Waterside Workers Hall in Sussex Street in Sydney was used extensively for cultural events, ones that you wouldn't see these days at a union office. There were choir and orchestral performances, journalism, dance, theatre and art groups and classes, as well as film screenings. In deciding that these sorts of activities were important, the union was participating in a long and very important tradition in the Australian labour movement of extending the rights of union members to areas of activity that weren't just about wages and conditions on the job. 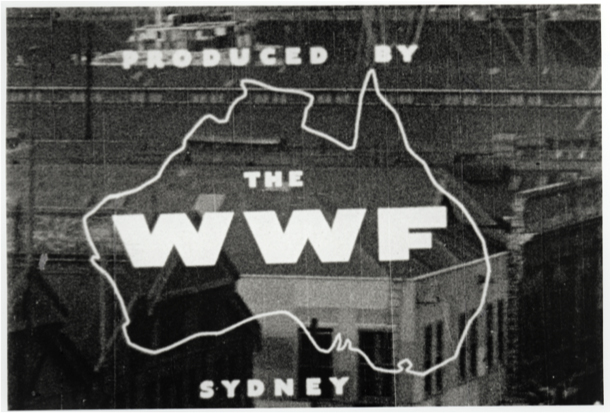 The busy curriculum of artistic events at the wharfies' hall was also partly due to the employment situation of the time – there was a large number of actors, musicians and artists who, on returning from World War II, could not find employment in their field and then went onto the wharves, where there was some degree of casual employment available at times. This suited them, as they could work at the Sydney wharves for part of the day and then follow their creative pursuits as well. One of the work groups down at the old Darling Harbour wharves was Gang 364. It was dubbed 'The Brains Trust', as it was composed of cultural activists – musicians, actors and artists. The waterside union's unity, industrial strength and large membership was reinforced by the conviction of the union leaders who were aware that the creative arts could be a useful tool for education and for propaganda – and this was extended to film.

The Waterside Workers' Federation Film Unit was formed in 1953 and it had three members: Norma Disher, Keith Gow and Jock Levy. Keith and Jock were wharfies working on the ships before the unit began and they had had experience in film and theatre. They had met Norma through their after-hours work at Sydney's New Theatre, an organisation of great importance to the cultural life of Australian workers, which still operates today. In 1953, after collaborating on a play that was performed at the Sussex Street hall and producing a promotional trailer to go with it, the three activists were asked if they could make a short film piece about the federation's current campaign, which was to achieve pensions for waterside veterans.

Wharfies in Australia, as in many other countries, had a particularly savage history of poor working conditions: heavy lifting jobs, fighting for a job at the 'pickup' on the Sydney wharves, no amenities (even for washing) or a clean place to have lunch, were normal practice in the early days. The struggles to improve conditions was an important part of the union's history and vital to the constitution of its militant, radical outlook. However, union members' efforts to better their situation provoked scathing attacks from the mainstream media, as well as from the government and shipowners. The film unit members felt that they had to show a true representation of the workers' conditions and to put forth an alternative picture to the mainstream media. So, Pensions for Veterans was made as the founding film of the unit in 1953.

The members of the unit worked collectively, not taking on strictly defined crew roles as in commercial production operations. As often as possible they involved wharfies and other workers in their filmmaking, as extras or helpers. In just five years, they produced nineteen films on subjects that the government film unit or the newsreel producers would never tackle – like housing shortages, industry from the unionists' viewpoint and issues concerning workers' rights. Using still photographs as well as film, they documented the lives of workers, their families and their communities and organisations. They were commissioned to make works for other groups, primarily unions, which likewise saw the value of film as an emerging political and educational tool to be used as well as their newspapers, journals and speeches.

Not Only the Need

One film, Not Only the Need from 1957, a documentary about postwar housing conditions, shows the standard of living in inner city Sydney that no other filmmakers would have depicted in such a realistic manner. The filmmakers went into the then slum areas of Paddington and Surry Hills and showed the real living conditions that some Australians had to deal with. The film was made to contribute to a broader campaign that was being organised by the Australian Council of Trade Unions and the Building Workers Industrial Union of Australia, to try and obtain better living conditions not just for trade unionists but for all Australians. The film also holds a certain pride of place in being the first trade union film ever to be screened on Australian television – this was way back in 1958!

In 1957, the unit produced a short comedy for the Waterside Workers' Federation, Four's a Crowd. Like previous films, it was made to counter hostile mainstream press attacks on the federation, although in this case, it focused on the personal habits of the rank and file and was approached from a humorous viewpoint. The film sets out to display four different types of worker on the Sydney wharves who, although they may have been in the minority, gave all wharfies a bad reputation. The film is shot on the docks of Darling Harbour and each section features wharfies as extras.

Taking films to the people

The wharfie films would never have been taken up by the commercial cinema chains because of their political content. A valuable contribution that the unit made to the nature of cinema in Australia was the use of an alternative distribution system which was just as important as the production of the films. Like other non-commercial organisations of their time, they organised film screenings at the grassroots level. There were showings by unions at branch halls, work sites and in private homes. The filmmakers persuaded the federation to buy them a Kombi van which doubled as a production vehicle and a screening platform. By travelling around and taking the films to the people, instead of the other way around, the unit was able to have direct contact with a surprisingly large audience. They took the van around to various workplaces in the lunch hours, to wharves and building sites and to factory meetings in places like Chullora, the big railway workshops and abattoirs, and also to working class areas such as Paddington, Surry Hills or Woolloomooloo. Through all of these different ways, some of their films had audiences of 100 while others were seen by as many as 16,000. By directly and personally accessing these alternative methods of distribution outside the mainstream Sydney cinema circuit, they engaged the interest of people who might never have otherwise had access to their point of view – a very different distribution method to other films of that time.

Due to a general economic recession and other limitations on the activities of the federation, the unit was disbanded in 1958. As films that obviously cared passionately about their subjects, and as works of cinema, the unit's projects show a consistency of vision that no other local documentary producers of the period were able to match. The subject matter they chose to focus on still stands as important today: the reasons behind industrial disputes, the control of prices and the standard of living in Australian cities for ordinary people. Perhaps most importantly, they are films that have contributed to a broader understanding of Sydney in the 1950s.