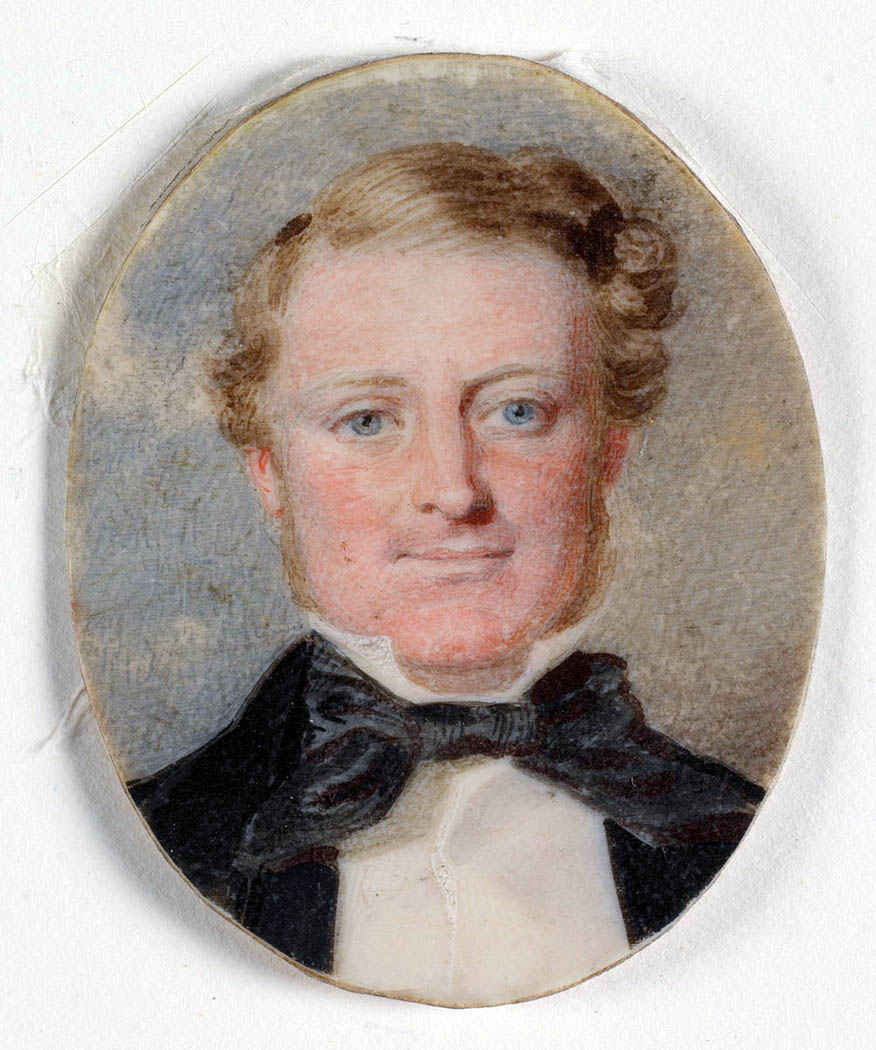 George Thornton's mother Sarah Thorn was sentenced at the Old Bailey in London on 3 November 1813 and transported to Sydney for larceny. She arrived on the Broxbornebury on 27 July 1814 and her future husband arrived as a free settler on the Somersetshire on 17 October 1814.

George Thornton was educated at WT Cape's academy and John Dunmore Lang's Australian College. He joined the Customs Department in 1836, as a storeman and in 1840 set up his own business as a customs agent. On 4 August 1840, he married Mary Ann Solomon, daughter of John Solomon.

Thornton's estate was sequestered in February 1844, but by August he had resumed business, and by 1850 was in partnership with Walter Church as Customs House agents and shipbrokers. He also owned the schooner Tom Tough. He was a partner in the importing firm Tucker & Co from 1859–63 and in 1869. Thornton lived at Longwood, Darling Point, for some time before moving to Parramatta.

Thornton [media]was alderman for Cook Ward from 1 November 1847 until 31 December 1853 when the council was replaced by a three-member commission. He was re-elected alderman for Fitzroy Ward on 11 April 1857 and served the council until 1858. He was mayor in 1857, during which time he composed The Cornstalk Polka, published by JR Clarke, possibly for some civic occasion. 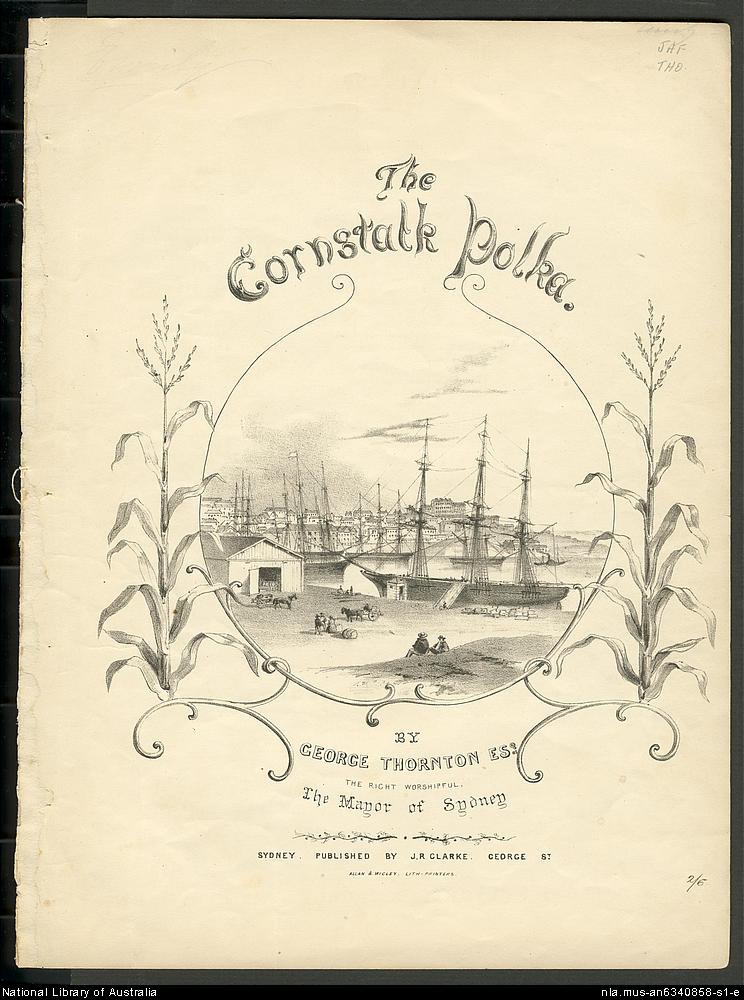 A supporter of manhood suffrage, George Thornton was a member of the Legislative Assembly for Sydney, 15 January 1858 to 11 April 1859. He was also alderman of the Woollahra Municipal Council in 1860 and was elected first Chairman of the Borough on 6 June 1860.

Thornton actively supported aquatic sports and became the vice-commodore of the Sydney Yacht Club in 1859. He was a founding member of the Royal Sydney Yacht Squadron in 1862 and President of the Sydney Rowing Club and the New South Wales Rowing Association. A freemason, he was founding provincial grand master between 1857 and 1867.

Thornton had an interest in the Duncan Dunbar and was a passenger on it when it was wrecked off Pernambuco in Brazil on 7 October 1865. Thornton and his family survived the wreck and he was presented with an address of gratitude by passengers for his gallant assistance before their rescue. A fellow survivor was future alderman Frederick Penny.

George Thornton [media]was elected to the Legislative Assembly representing Goldfields West on 26 February 1867, but resigned his seat on 31 December 1868 to visit England where he administered the Agent-General's Office for a year. He was appointed to the Legislative Council in 1861 but did not take his seat and was re-appointed from 1877 to 1885. He was the Secretary for Mines in 1885. 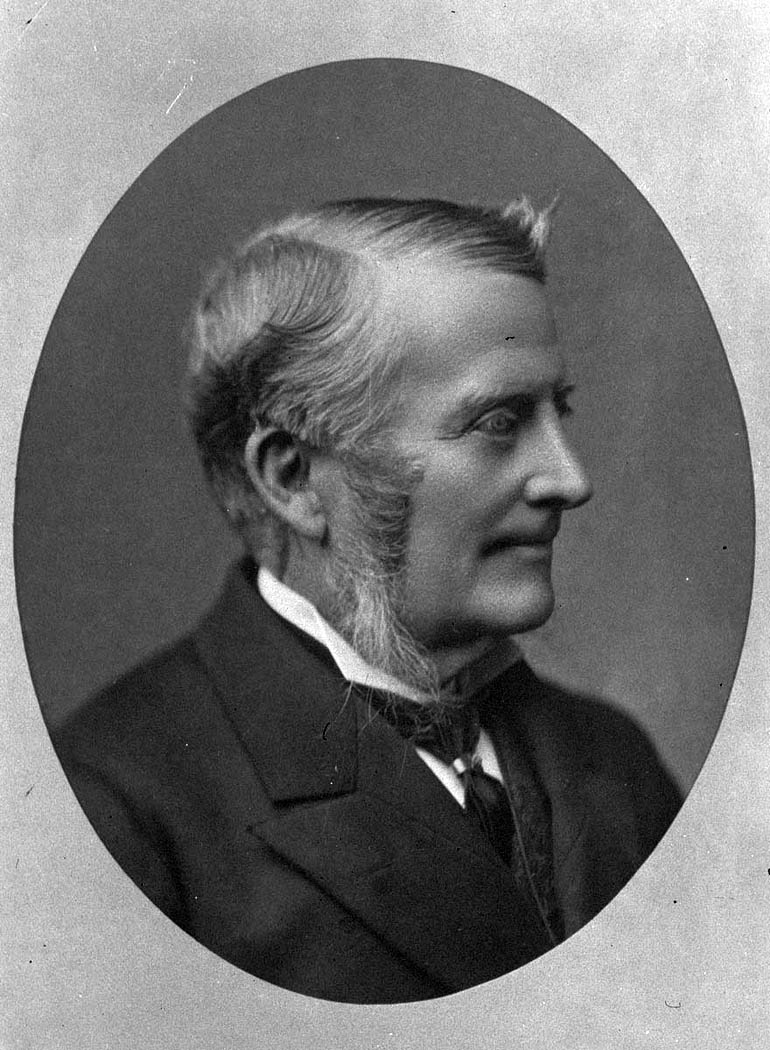 Between 1873 and 1886, he was the New South Wales commissioner for five international exhibitions and a member of the Royal Commission into Fisheries. Thornton was a founding director and chairman of the City Bank of Sydney 1885–88, a trustee of the Savings Bank of New South Wales, and Chairman of the Mutual Insurance Society of Victoria.

Predeceased by a son and daughter, George Thornton died on 23 November 1901 at his residence, Lang Syne, in Sorrell Street, Parramatta, survived by his daughter Frances. He was buried at the Church of England Cemetery at Rookwood. He is commemorated by 'Thornton's scent bottle', an obelisk in Hyde Park, so named because it is also a sewer vent.