[media]The Villawood detention centre, approximately 27 kilometres west of Sydney city, was constructed on the site of the former Villawood Munitions Factory, which operated on the site from 1941 until the close of World War II. 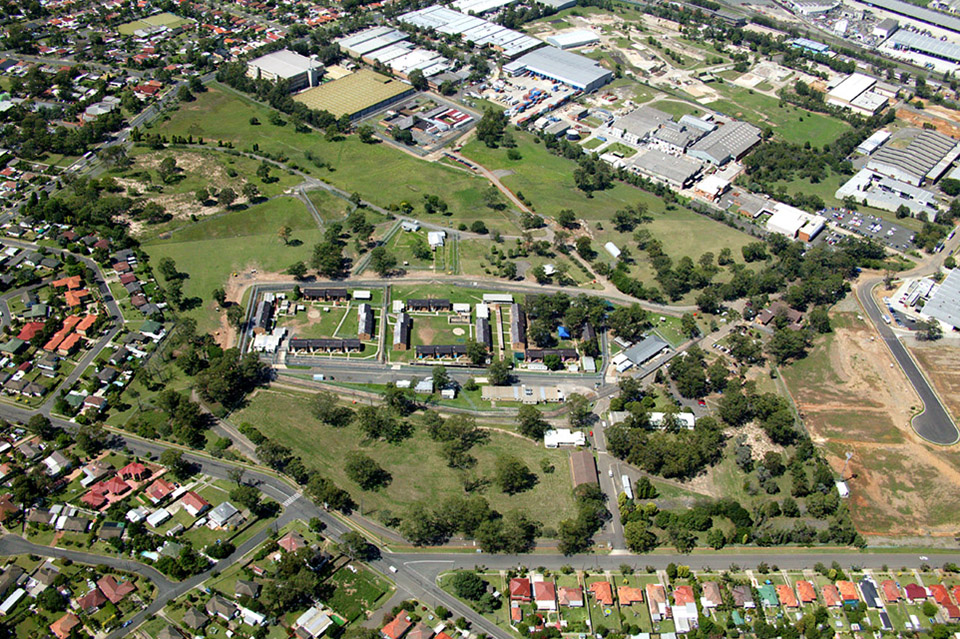 [media]The munitions factory had been built to cope with the demand for munitions brought on by the outbreak of World War II, on land resumed by the Commonwealth from the Villawood Land and Investment Company. The factory occupied approximately 300 acres (121.4 hectares) with 232 buildings on the site at its peak in 1944. Over 2,300 people were employed in construction and another 3,444 employed in the factory. Two ammunition bunkers from this period remain within the Villawood site. 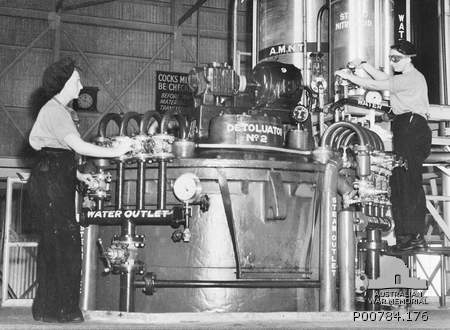 Following the end of the war, the factory was decommissioned and partly handed to the New South Wales Government State Housing Commission for development into two large residential areas and an industrial estate. The southern section of the factory land closest to the Hume Highway was developed by 1949, but before the northern section could be redeveloped, Prime Minister Ben Chifley announced that the Commonwealth would retain part of the site to build temporary housing for migrants. This site had been left largely undisturbed by the factory development and so required clearing and levelling before the first accommodation blocks could be erected.

On 29 December 1949 the Villawood Migrant Hostel was officially opened, with accommodation provided in army-style Nissen huts. The centre was run by Commonwealth Hostels Ltd, a non-profit company subsidised in part by the Government and partly by migrants' rents. [media]By 1964 the centre housed 1,425 people, mainly from Britain and Europe, and had a staff of 130, many who lived on site. It was one of the largest migrant hostels in Australia. [1] Although at first the site only contained accommodation and a dining hall, it was soon realised that more facilities were required, and a TV hut, movie hut, recreation hall, sports ground, classrooms, childcare centre, shop and post office were added. These communal spaces became the focus of migrant life in the hostel. Migrants who came through the hostel included all the members of the 1960s Australian band The Easybeats, and brothers Malcolm and Angus Young, who formed AC/DC. 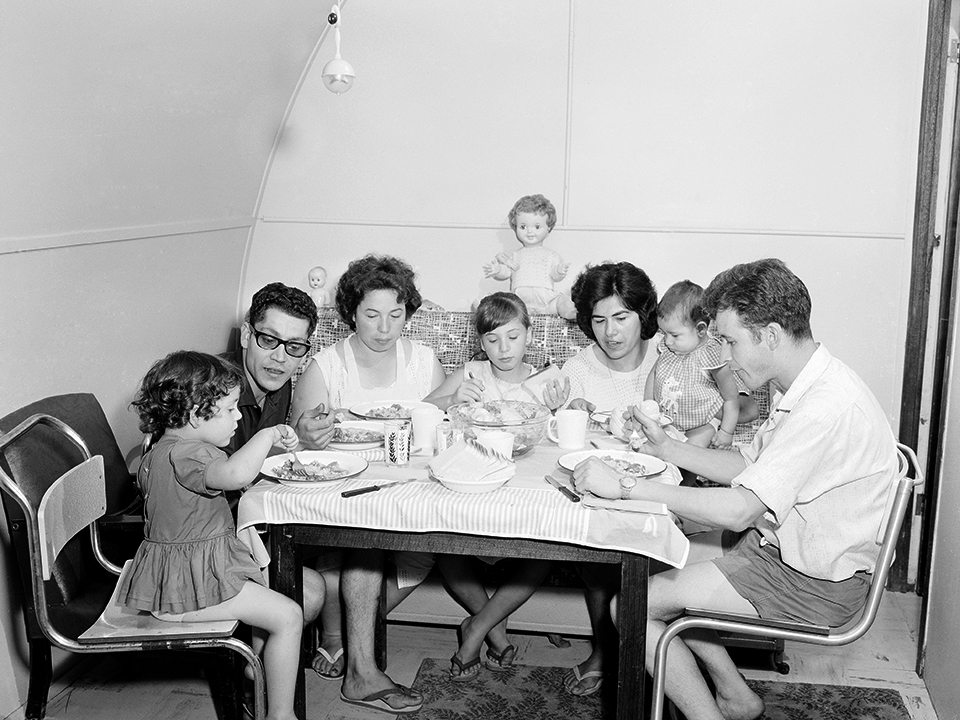 [media]In 1968 the old-style Nissen huts were replaced with new multi-storied 'motel' style accommodation blocks. The centre was divided into two sections, one named the Villawood Migrant Hostel and the other named the Westbridge Migrant Hostel. [2] During its operations, the hostel accommodated migrants and refugees from the United Kingdom, western and eastern Europe, Africa, Lebanon, Indo-China and East Timor. The hostel operated as Westbridge until about 1984. In 1976 a small section of the hostel was converted to provide security accommodation for up to 48 persons awaiting deportation. This new section was named the Villawood Immigration Detention Centre. [3] 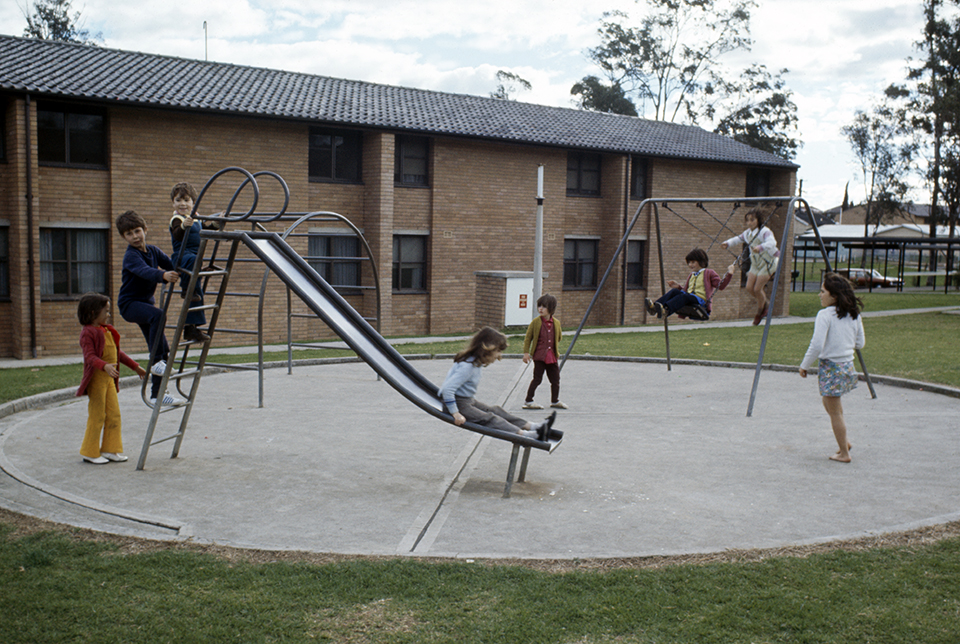 In 1983, a Report by the Human Rights Commission into conditions at Villawood was critical of the conditions and management of the centre, and noted what it considered to be a system of arbitrary detention. [4] By this time the migrant hostel facility had closed and the complex was being used exclusively as an immigration detention centre and accommodation for asylum seekers.

The 1983 report was the first in a series of reviews of the centre and the beginnings of a long-running saga of controversy and scandal for the centre. [media]This was particularly evident through the later 1990s and 2000, when public debate about Australia's treatment of refugees and asylum seekers was at its most contentious. In 2007–08 the Human Rights and Equal Opportunity Commission inspected Villawood (as part of its annual inspection process) and, in a report released in January 2008, described the centre as a disgrace, and recommended its demolition. The report stated the high security section was prison-like, with poor, dingy conditions contributing to rising tensions inside. [5] In April 2008 the Federal Parliament Joint Standing Committee on Migration visited Villawood as part of the Government's review of the immigration detention system and alternatives to the current methods. As of November 2008 there were 124 people detained at Villawood. In 2009 a major redevelopment of the facility was proposed by the Department of Immigration and Citizenship. [6] 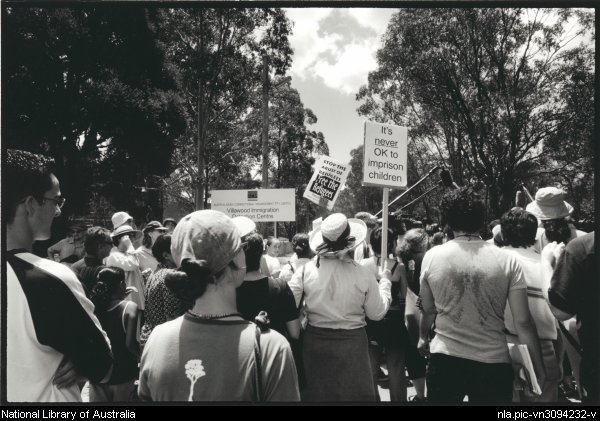