Statue of Captain James Cook RN that stands on the corner of Avoca and Belmore Streets, Randwick. Probably the first statue of James Cook to be erected in Australia, it was made by sculptor Walter McGill who was commissioned by Captain Thomas Watson to create the work in 1874 for a fee of 700 pounds. Carved from sandstone from Pyrmont, it stands at about 12 feet high, on a pedestal of simlar size. It was erected in front of Watson's residence, the former Star and Garter Inn, facing Botany Bay, the location of Cook's landing in 1770, and unveiled on 27 October 1874. 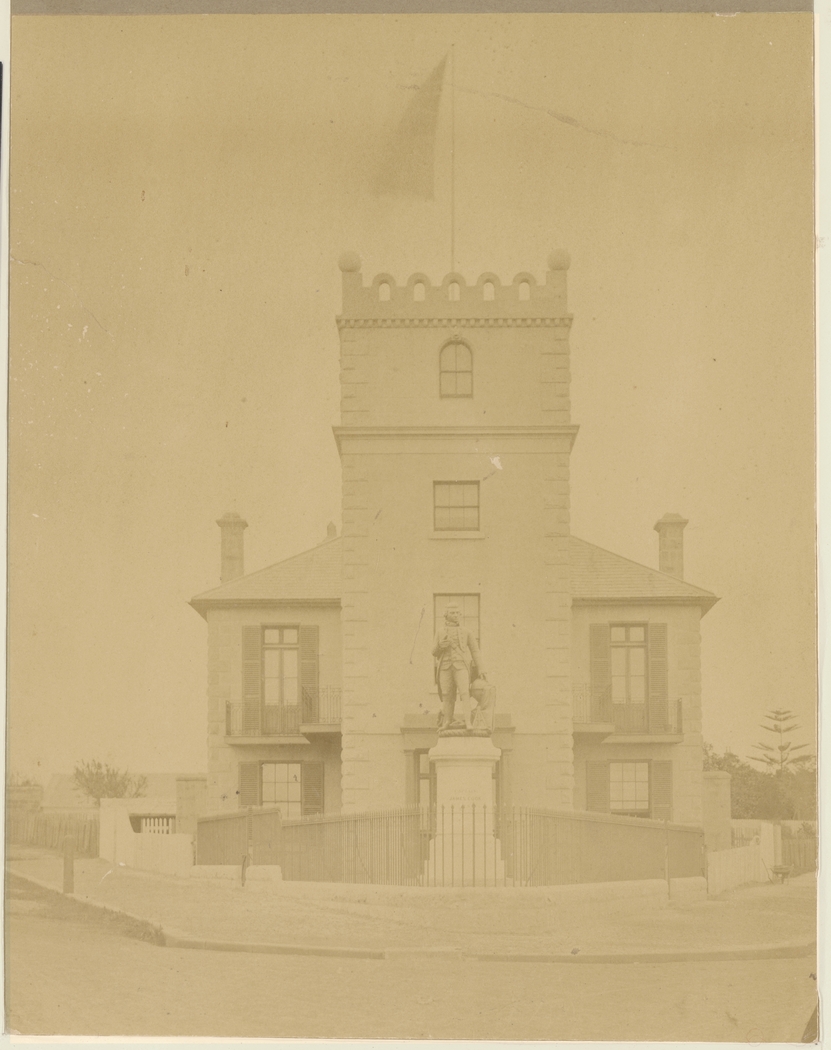