Did you know there are three cottages side by side on Harrington Street in The Rocks which have survived for 187 years! Writer and historian, Melissa Holmes, has researched extensively about Reynolds’ cottages and their previous inhabitants for the Dictionary of Sydney. In the lead up to the History Council of NSW's History Week 2016: Neighbours, let's take a look at the colonial neighbours of Reynolds' cottages.

Reynolds’ cottages were built in 1829 and are among the earliest dwellings in The Rocks, coming just behind Cadmans Cottage which was built 200 years ago in 1816. The story of these cottages reflects the changing area of The Rocks, from penal colony, to working-class neighbourhood and now ‘heritage theme park’.

These cottages came about after Thomas Ryan, a convicted forger, exploited his position as a clerk at the Colonial Secretary’s Office to evict the baker and convict James Rampling in 1825. Rampling tried to argue his case to continue his bakehouse, but Ryan, as chief clerk in the Principal Superintendent Office of Convicts, denied his application on the basis that Rampling was still a Prisoner of the Crown. Four years later, two cottages at 28 and 30 Harrington Street were built by convict labour.

Originally the cottages were one-room deep, with a shingled roof, brick walls and timber floors. Ryan sold the cottages to William Reynolds in 1830 for £100. Reynolds was an Irish blacksmith who had been transported for life to the colony for highway robbery. He worked for William Redfern, the naval surgeon and inspiration for the inner city suburb of Redfern. Eventually, Reynolds set up home in one of the cottages, and his blacksmith’s forge in the other, and in 1834, he built the third cottage at 32 Harrington Street. Within a few years, Reynolds had gone from highwayman to successful property owner in The Rocks.

After Reynolds’ death in 1840, his children Maurice and Margaret inherited the property which transformed from a family home and business to a boarding house. Maurice died when he fell off a horse in 1877, and Margaret died of ‘senile decay’ in the Hospital for the Insane in Parramatta in 1894. The cottages passed through different hands and gradually fell into disrepair as The Rocks area became more known for its disreputable traits, including its push gangs which congregated in the area around the cottages.

Despite its dilapidated state and the plague hitting the area in 1900, Reynolds’ cottages still stood. And thanks to the green bans of the 1970s, the cottages survived and operated as a cafe and antique store for many years.

If you’re interested in hearing more, Melissa Holmes will be talking about the cottage neighbours William Reynolds and Francis Greenway, the famous architect and convicted forger, during the History Council of NSW’s History Week festival next month! Her talk will be delivered on site at 28 Harrington Street on Sunday 11 September,11:00am-1:30pm. Don’t miss out! Book here.

If you missed today’s segment, you can catch up here via the 2SER website. Listen now Tune in to 2SER Breakfast with Nic Healey on 107.3 every Wednesday morning at 8:15-8:20 am to hear more from the Dictionary of Sydney.

You can also download the full History Week 2016 program here! 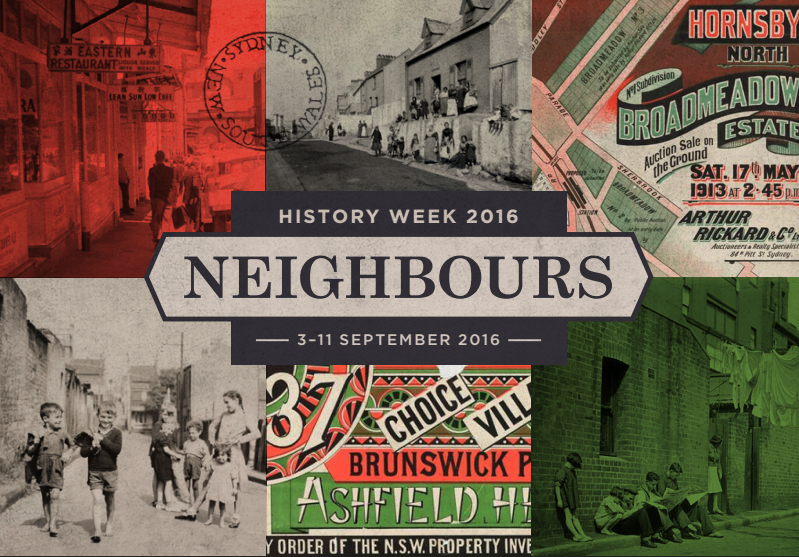