Federation Free Style hotel with Art Nouveau stylings that stands on the corner of George Street North and Mill Lane in the Rocks. It opened in 1909 on the site of earlier hotels Observer Tavern and the Waterman's Arms as part of the renewal of the area after the resumption of many of the properties in the area after the outbreak of plague in 1901. 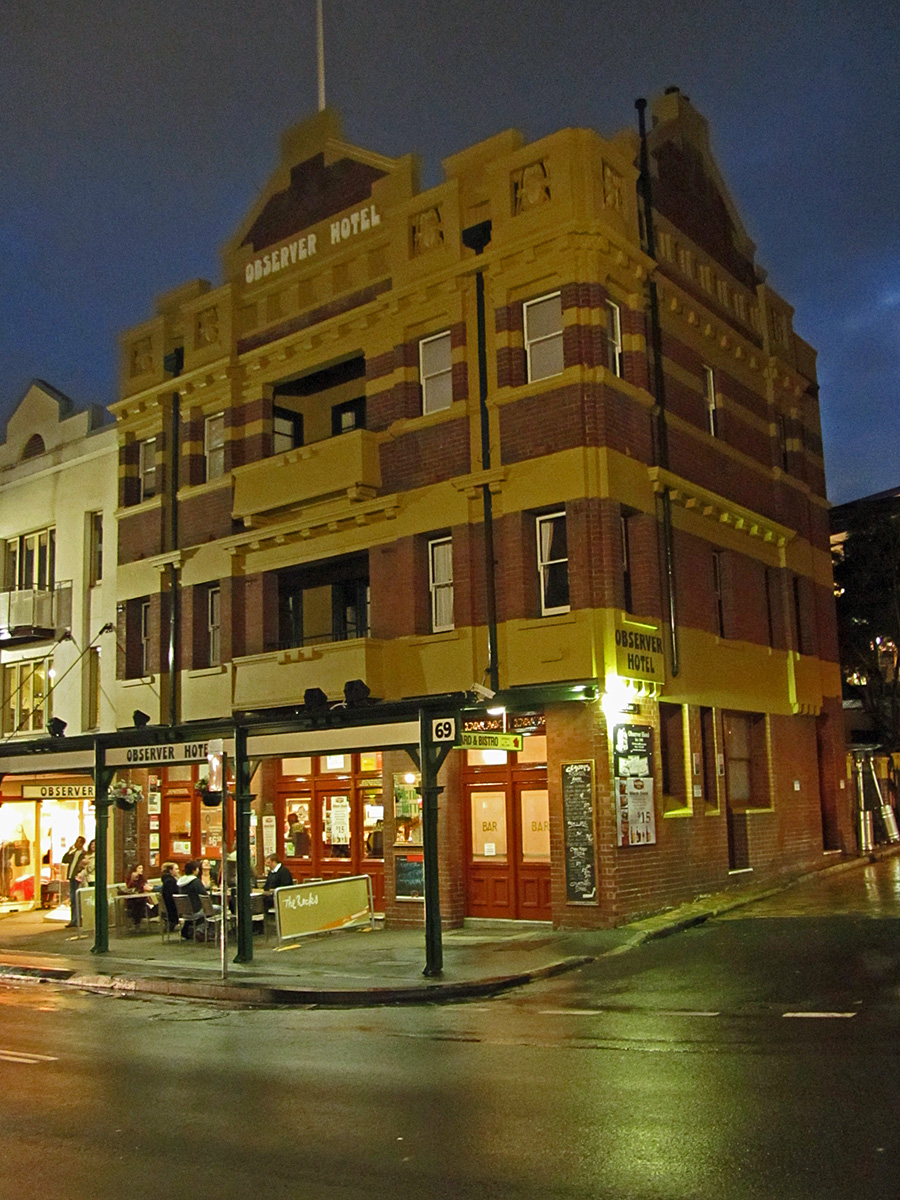