Theatre on the western side of York Street between King and Market Streets on the site of Malcolm's Circus Amphitheatre behind the Adelphi Hotel. Originally known as Our Lyceum, it was converted into the Queen's in October 1873 by actor WB Gill. Samuel Lazar leased it in 1875 and refurbished it to accommodate JC Williamson in the first Sydney season of 'Struck Oil'. Finally condemned as unsafe in 1882. 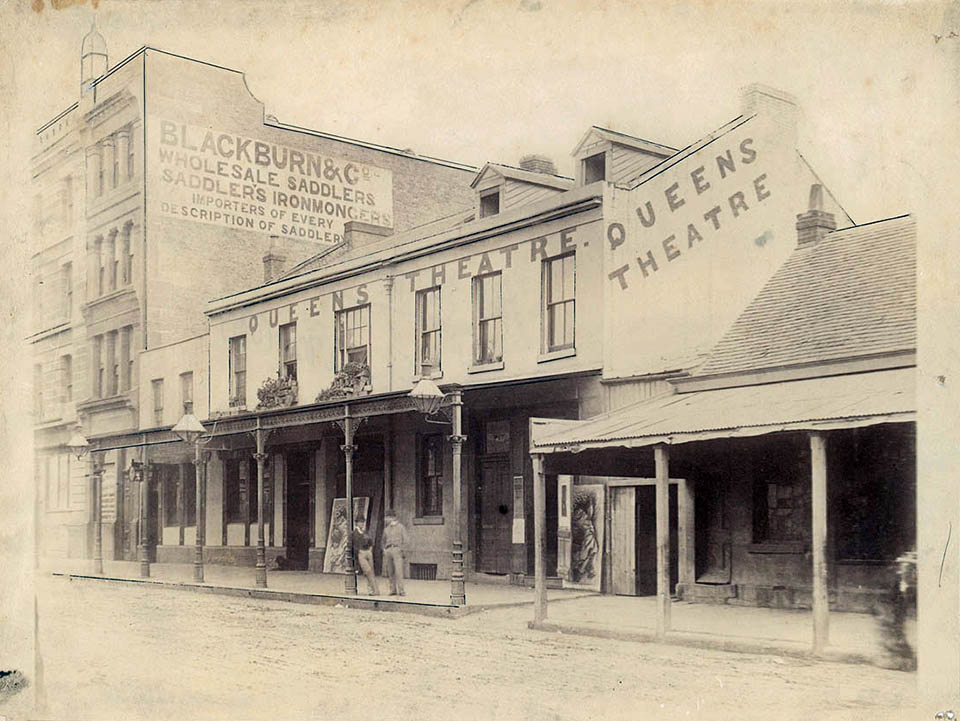