In 1970 a group of activists including Paul Coe, Isobel Coe, Gary Williams, Gary Foley and Tony Coorey decided to turn the tables on the police: they started to survey and document the approach to policing Aboriginal people in Redfern. [1]

[media]It was well known among the Aboriginal community in Redfern that police targeted people on the streets after 10 pm. 'Unofficial' and undeclared police curfews were imposed on Aboriginal people in Redfern in the late 1960s and early 1970s – any Aboriginal person walking the street after 10 pm would be arrested, regardless of whether they had committed a crime. [2] 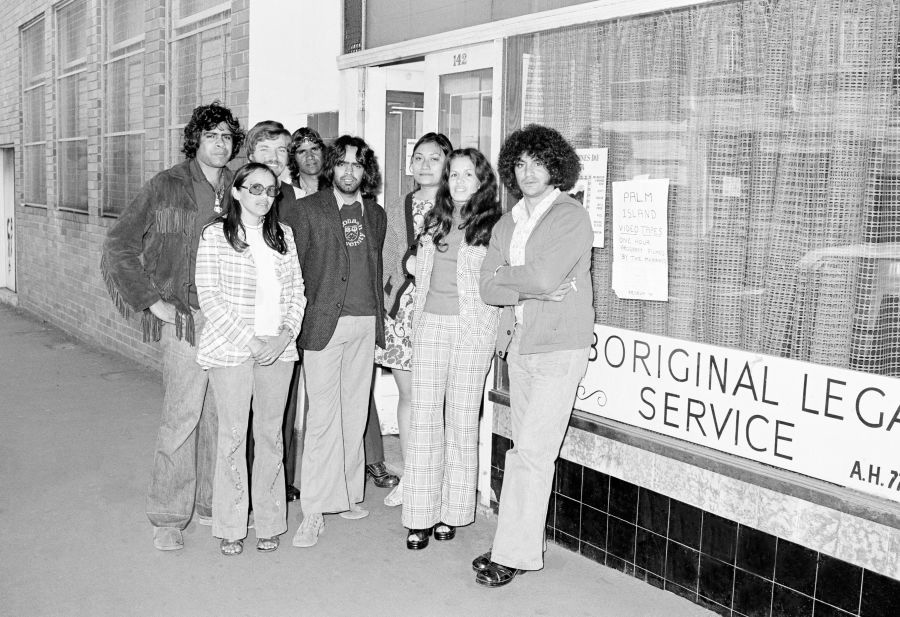 Aboriginal people were often unaware of their rights, due to the effects of oppressive government policies as part of colonisation. Over the two centuries since the Anglo-European invasion, Aboriginal communities had experienced increasing disadvantages in health, as well as unemployment, poverty and alcohol and drug abuse. In Sydney, this was concentrated in the urban environment of Redfern.

The problem was further compounded by the role the police had played in implementing government policies for Aboriginal people in the past, including the New South Wales Aborigines Protection Act 1909, which saw Aboriginal people forced onto missions, and the removal of Aboriginal children from their families as part of the government's assimilation policy. Such involvement created immense distrust of the police among Aboriginal communities.

The foundation of the service

After collecting sufficient evidence, the group approached Hal Wootten, the Professor of Law at the University of New South Wales, and students involved in Abschol for assistance. [3] They set up the Aboriginal Legal Service, providing free legal assistance to Aboriginal people. Wootten was able to recruit volunteer lawyers through his contacts within the legal profession, and members of the Redfern Aboriginal community ran the administration of the organisation, as well as serving as field officers.

In December 1970 the Redfern Aboriginal Legal Service was granted $20,000 by the federal government. [4] Following the successful establishment of the legal service, similar organisations have been set up across Australia, and there are now over 60 Aboriginal-run legal services. These organisations, including the Redfern Aboriginal Legal Service, have continued to be funded by the federal government.

The birth of the service marked the beginning of a new period in Aboriginal politics that was decidedly radical. It was the first Aboriginal organisation that directly challenged government institutions by offering alternate services. In other words, it made self-determination a real possibility. As Paul Coe states:

The Aboriginal Legal Service is more than a legal office, it was and still is the embodiment of a generation of Aboriginal people's desire to control their own destiny. [5]