The [media]camp site at Narrabeen Lagoon was the last community Aboriginal town camp to survive in the northern Sydney suburbs. Probably, before the British invasion, Narrabeen Lagoon was one of the many coastal occupation sites offering seasonal shelter, fish and wetland resources. Until perhaps 1850, the western end of the lake was a community and secular living area standing in relation to the higher country of the Collaroy plateau above. This higher and less accessible country was used for ceremonial and educational purposes by the Gai-mariagal. Dennis Foley, a Gai-mariagal (Camaraigal) descendant, describes the area as 'the heart of our world'. [1] 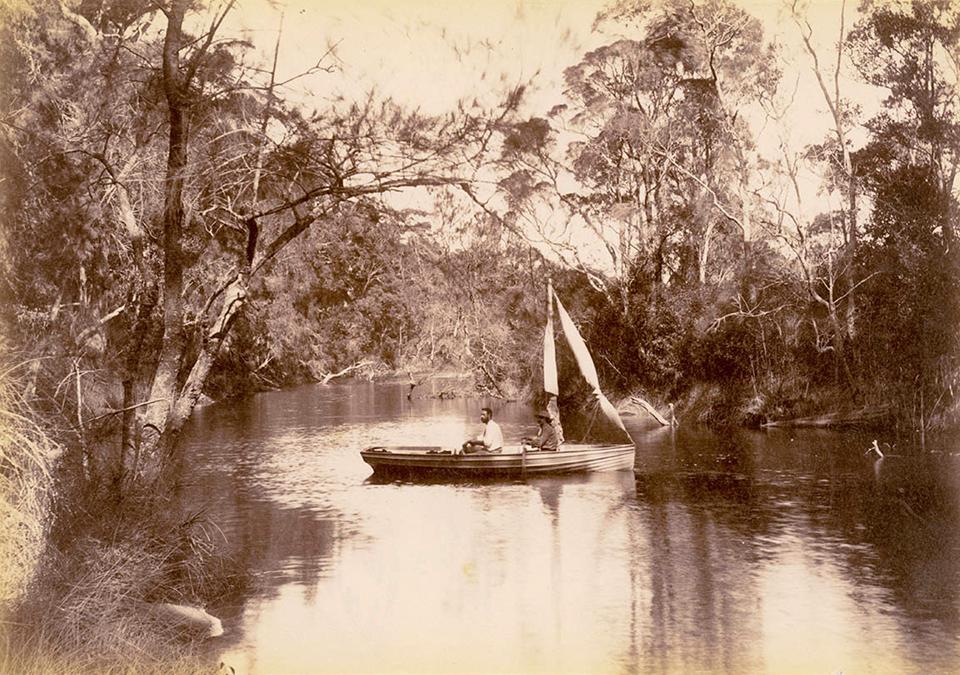 During the nineteenth and twentieth centuries most of the other northern town camp sites were resumed for housing or recreation by state and shire governments. Similar sites at Quakers Hat Bay Mosman, and at Brookvale were probably gone by 1930. The Narrabeen site survived longer because of its inaccessibility, and was not seriously threatened until the opening of the Wakehurst Parkway in 1946.

By the end of World War II the Narrabeen Lagoon town camp had become a refuge for Koori people with kin connections throughout the north coastal areas, as well along the Hawkesbury River. Dennis Foley remembers visiting it with his uncles or mother in the 1950s, by which time perhaps fewer than 20 people were in permanent residence. Often his mother brought a bag of flour or a cake.

During [media]the 1950s an 80-acre (32.3-hectare) site was developed at the National Fitness Centre, including several ovals and accommodation for more than 50 people. The town camp was seen as having no value, and in keeping with the assimilationist thrust of the day, the humpies were destroyed and the people forcibly trucked to the western suburbs. As he explains in the video, Dennis Foley returned with his two uncles two days after the camp's destruction. He vividly recalls the empty site, and the wisps of smoke still rising from the remains of fires smouldering under the sand.

No signage today records the presence of the camp within what is now the Sydney Academy of Sport.