[media]They are there every evening at dusk, regular as clockwork, unconfused by daylight saving time, flying from the harbour shores – mainly the Royal Botanic Gardens – to their nightly feasting forays, in places like the Lachlan Swamps (better known as the ponds in Centennial Park) and various wooded areas nearby. And the 'bats' – subject of newspaper articles, TV documentaries and websites maintained by enthusiasts – are actually grey-headed flying foxes, Pteropus poliocephalus. 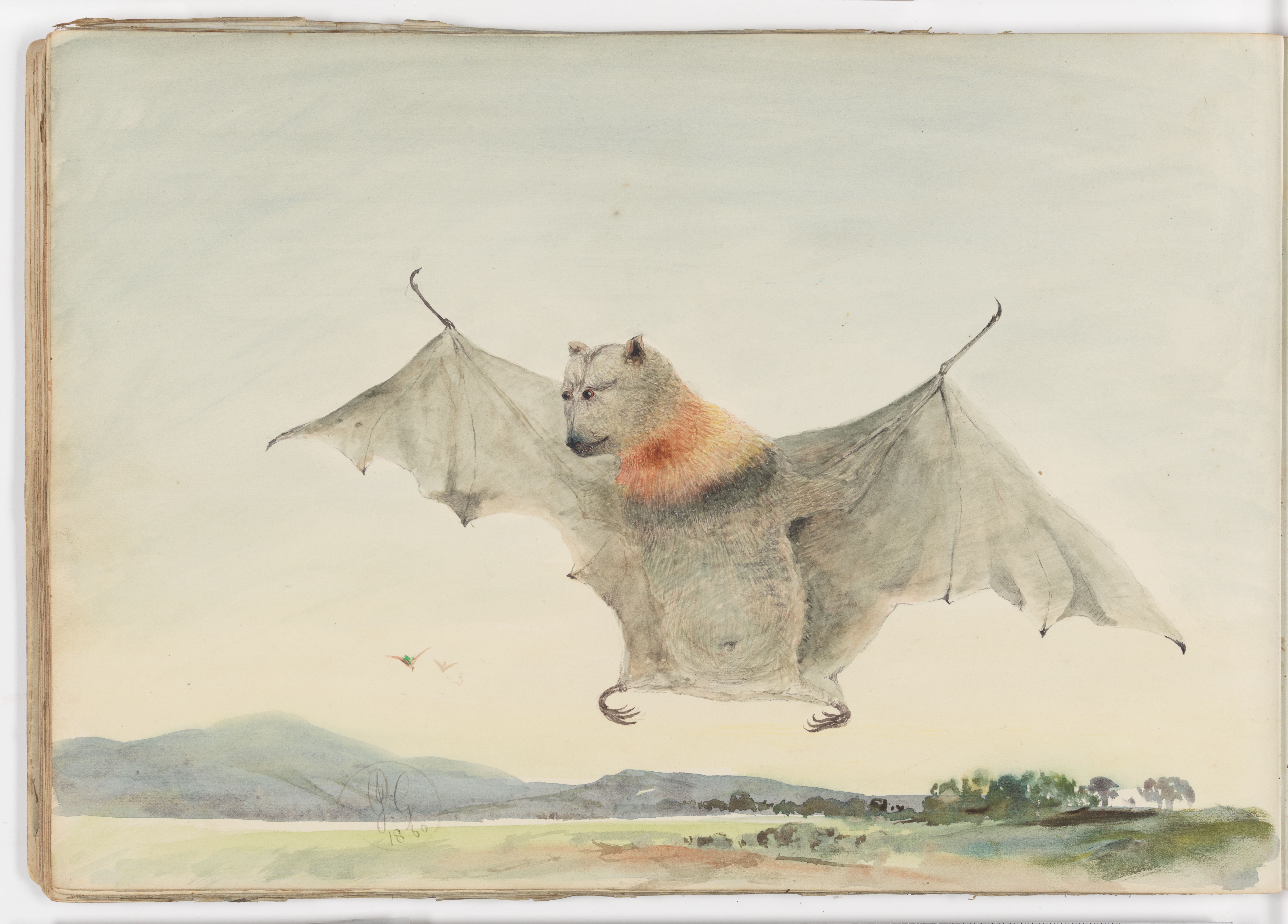 [media]But perhaps they have not always been part of the inner-Sydney scene. Late in 1788, Watkin Tench, marine officer on the First Fleet, was bemoaning the fact that 'many birds of prodigious size have been seen, which promise to increase the number of those described by naturalists … but among these the bat of the Endeavour River is not to be found'. He was referring to the bats that Captain James Cook had seen in Queensland in 1770. [media]Yet a few years later, in the midst of one of those recurring heat waves that engulf Sydney, Tench observed them in full flight near Parramatta: 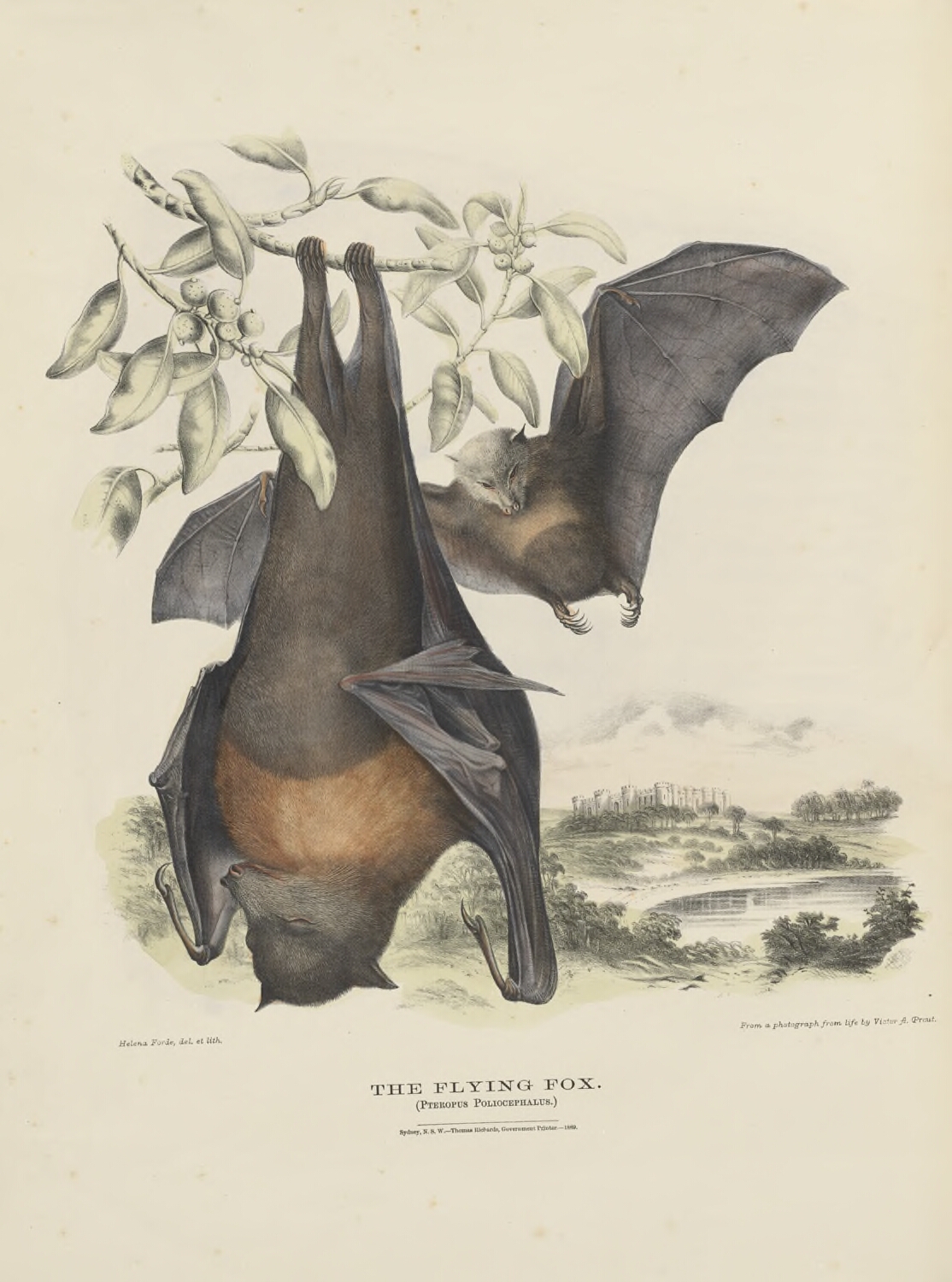 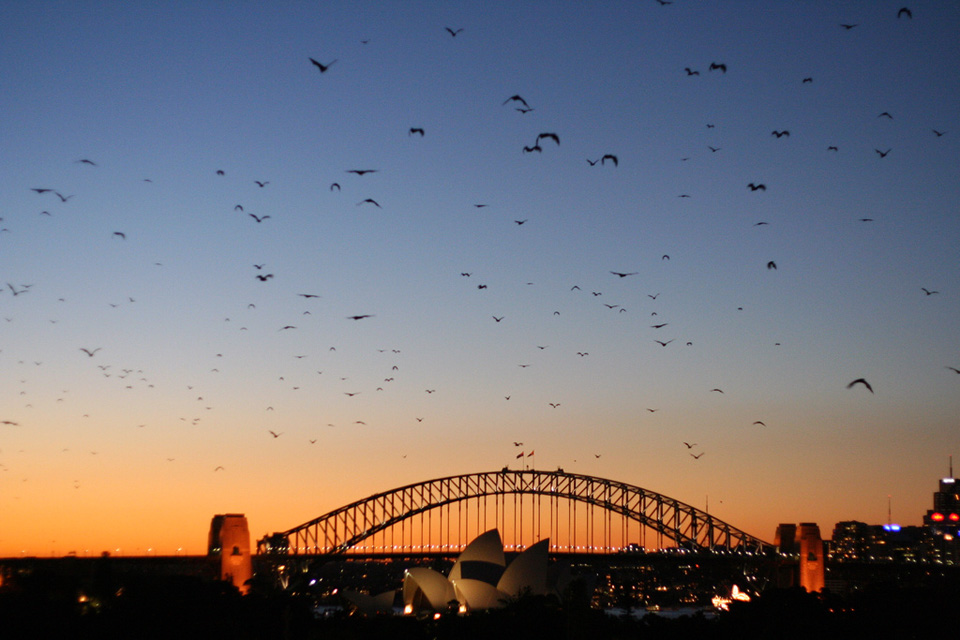 An immense flight of bats driven before the wind, covered all the trees around the settlement, whence they every moment dropped dead or in a dying state, unable longer to endure the burning state of the atmosphere. Nor did the perroquettes [parakeets], though tropical birds, bear it better. The ground was strewed with them in the same condition as the bats.

It is possible that it was the later planting of native figs throughout the city parks that led flying foxes to camp in the Royal Botanic Gardens. [media]In 1858, the naturalist George Bennett wrote about them: 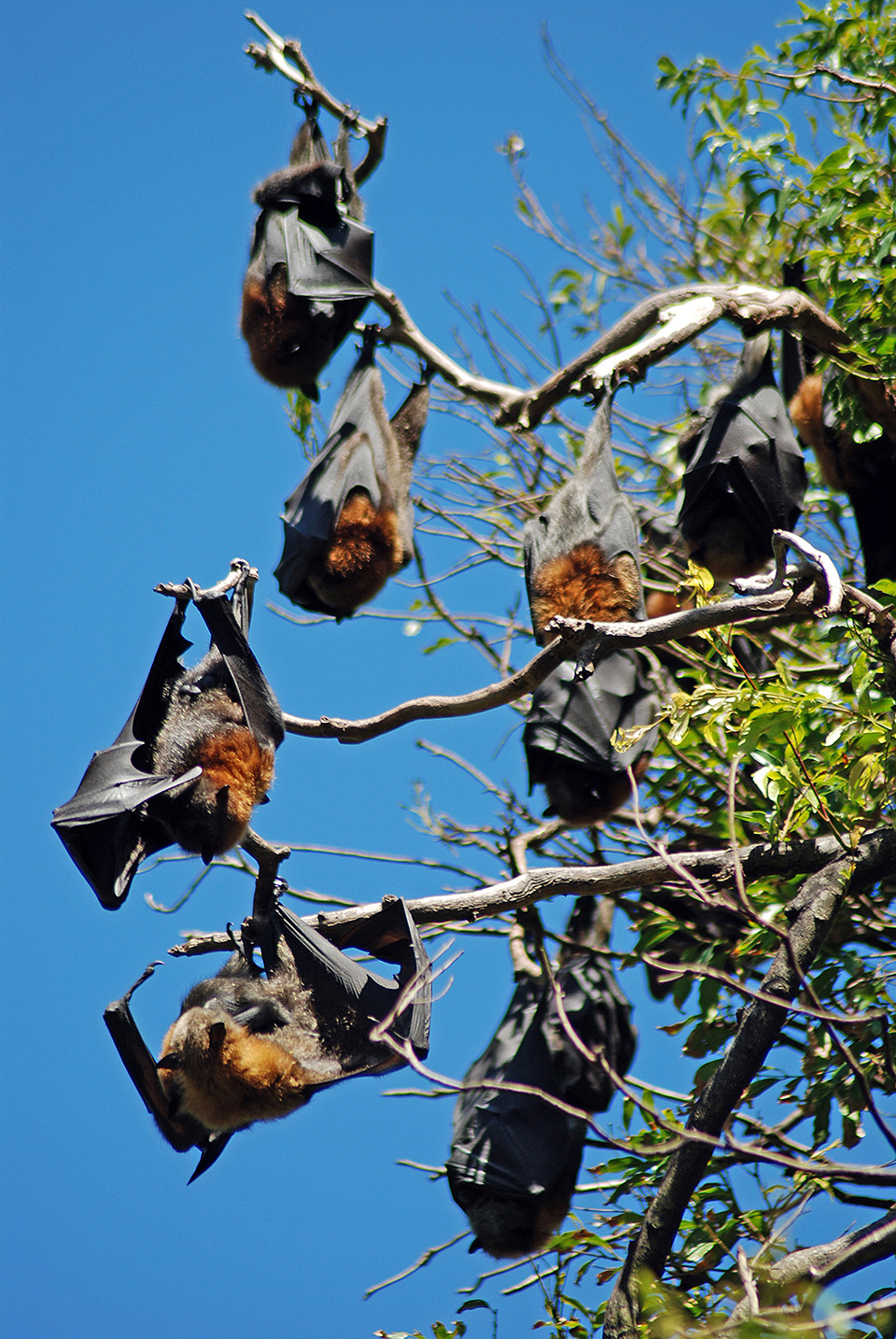 …to my surprise, a number of these animals were observed suspended from the branches of the lofty trees in the Sydney Botanic Garden, hanging by their hind claws: it was an unusual event, as for several years not a specimen had been seen at that locality.

There have always been bat colonies further away from the harbour: native forests and woodlands provide crucial feeding and roosting sites. In 2009, large groups of bats lived in Gordon and Cabramatta. The grey-headed flying fox is just one of at least 15 species of bats that somehow survive across the metropolitan area. Today the city boasts a population of more than 60,000 flying foxes, and it is these great flapping creatures that can be seen most readily at dusk. They stream slowly across the darkening sky in a seemingly endless migration.

[media]While the flying foxes wreak havoc on the trees in the Royal Botanic Gardens, they are a natural component of the fragile food chain that continues on in Sydney, as well as being important pollinators and helping to disperse seeds: their contribution to the city's ecology has seen them listed as a 'vulnerable species' under both Commonwealth and state legislation. 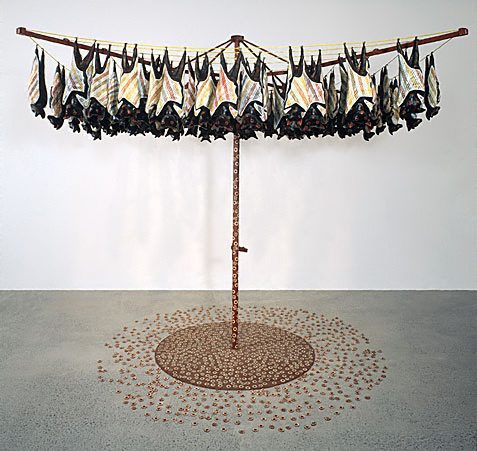