Castle Hill, in the parish of Castle Hill, is at the heart of Baulkham Hills Shire, and was first named by Governor King, possibly for the views it afforded from the hills in the area across to the Blue Mountains. The Aboriginal people who originally inhabited the area were the Dharug people.

The arrival of Europeans

The first Europeans to visit the area around Castle Hill were Captain Arthur Phillip and his party, on one of their exploratory trips in 1791.

The first land grant in the area was to William Joyce, in 1794. The following grant was to Matthew Pearce in 1795. This adjoined Joyce's land and is still known as Kings Langley Farm.

The first European to actually settle in the area was the free settler Lalouette de Vernicourt, known as Baron de Clambe, a Frenchman who received a grant of 100 acres (40.4 hectares) in 1802.

The area was designated a Public Agricultural Settlement or Government Farm in 1801. Governor King organised 50 convicts to clear the land for farming. The farm encompassed land from West Pennant Hills through to Maroota. Only a small portion was cultivated and after the 1810 harvest it was abandoned as a government farm.

The convict barracks were converted into a lunatic asylum for deranged convicts. Free citizens were also later admitted to the asylum, and it remained in operation until 1826. [1]

Castle Hill Rebellion and the Battle of Vinegar Hill

[media]In 1804 there was an uprising of 200 convicts, known as the Castle Hill Rebellion. They were mostly Irish and they planned to escape from the colony in boats, which they hoped were moored in Sydney harbour. The rebellion culminated in the Battle of Vinegar Hill, where the convicts were defeated. 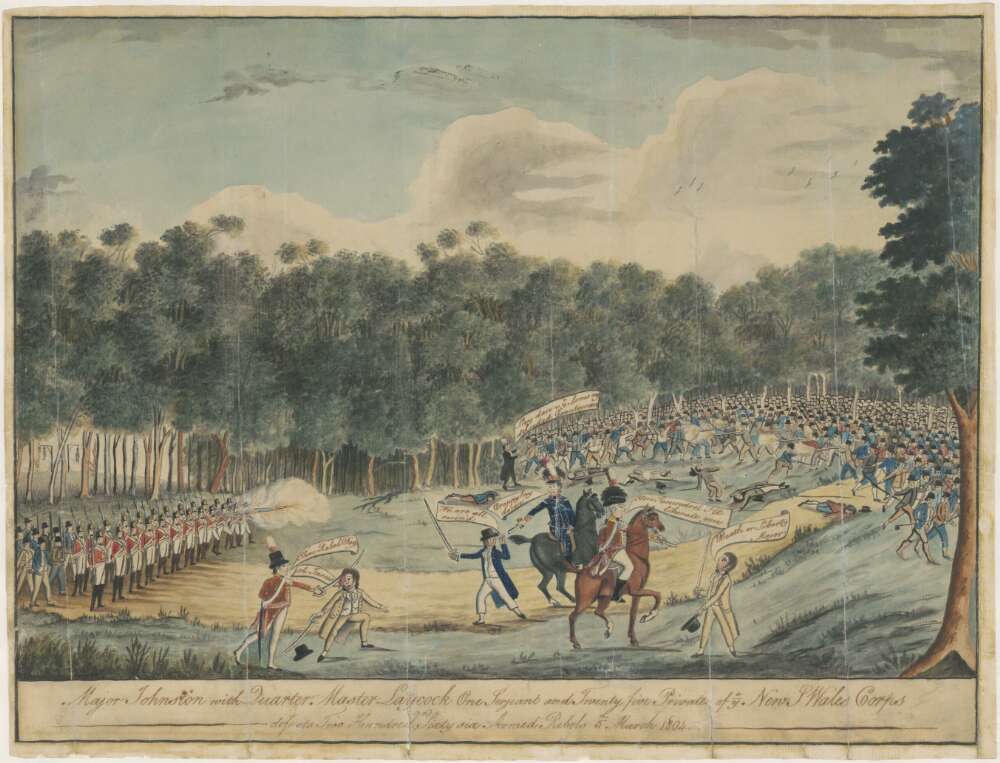 Settlers grew wheat and raised sheep until more suitable lands were opened up to the west of the Blue Mountains. Citrus growing then took over and the Castle Hill area became renowned for its fine orchards.

In the early-twentieth century, Castle Hill was serviced by a railway line to Parramatta. Two-and-a-quarter miles (3.6 kilometres) of track were laid from Baulkham Hills in 1909, forming a rail link with Parramatta. Many school pupils attending Parramatta High School used the service and in 1922 the line carried 1,103,154 passengers. [2] It was removed in the 1950s.

[media]Castle Hill's most famous resident was Patrick White, winner of the Nobel Prize for Literature. In March 1948, White and his partner Manoly Lascaris settled at Castle Hill, then on the outskirts of Sydney, where they grew and sold vegetables, flowers and milk, and bred dogs. In their house, Dogwoods, White wrote The Tree of Man and Riders in the Chariot, among other novels. White and Lascaris moved to Centennial Park, near the centre of Sydney, in 1964. 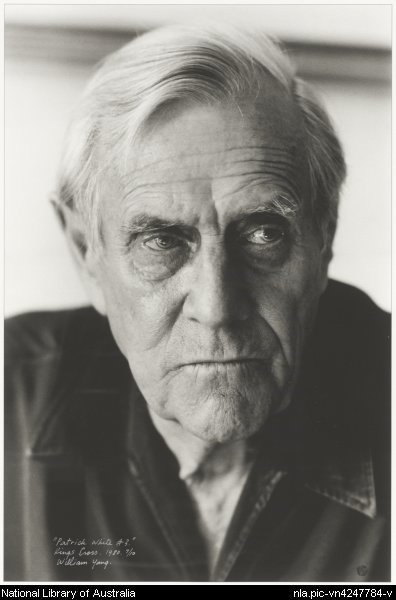 In later years, Castle Hill and the surrounding area was home to a number of market gardens and orchards which supplied Sydney with fresh produce. However as Sydney has grown, the orchards have disappeared and been replaced with suburban dwellings, shopping centres and light industry.