Rosina Mary Edmunds [media]was born at the turn of the nineteenth century and known from an early age as Rosette. She was one of six children of Walter Edmunds, the son of two convicts, who became a Labor Party member of the New South Wales Parliament and a judge. 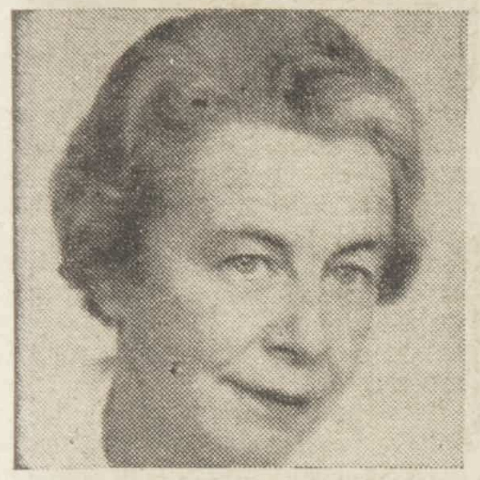 Rosette Edmunds attended the Dominican Santa Sabina College in Strathfield and completed an arts degree at the University of Sydney before joining the new architecture course there, graduating in 1924.

From 1926 until 1941 Edmunds worked for Clement Glancey in his Sydney city office, and was one of the most prominent female architects of her generation to be employed there. Edmunds became Glancey's lead designer, involved in most of the firm's 1930s work which specialised in Catholic churches and schools, mainly in the Romanesque style.

Clement Glancey Junior, who took over the practice from his father, listed 26 church designs and alterations for which he believed Edmunds was largely responsible. He recalled her as 'a very majestic figure, tall, fine-featured and charismatic'.

In 1938 Edmunds published Architecture, an Introductory Survey, a history of world architecture entirely illustrated with her own drawings. Even now this survey account is authoritative and accessible.

During World War II Edmunds worked for the Department of the Interior where she helped plan naval defences around Australia. She then worked for two years as a field officer with the Department of Post War Reconstruction. During this time she also completed her Diploma of Town and Country Planning at the University of Sydney.

From 1946 to 1950 Edmunds worked as a civic survey officer for the Cumberland County Council on the master plan for Sydney. It has been suggested that it was Edmunds who convinced Sidney Luker that Bennelong Point should be the site for the Sydney Opera House.

In 1950 Edmunds moved to Canberra where she worked with Malcolm Moir and Heather Sutherland, and set up her own business as an architect/town planner in Braddon. She took up the Presidency of the Canberra committee of the Royal Australian Institute of Architects in 1955, the first woman to hold such a position with the institute. The following year Edmunds died suddenly from a heart attack, at the early age of 56.