Henry Fisher was [media]born on 15 August 1815, the fourth child of William and Frances, at Southampton Place, St Pancras, London. He arrived in Sydney on the barque Arab on 19 March 1832 with a letter of introduction to the New South Wales Customs Department, and set up as a customs agent and wine and spirit merchant in lower George Street. 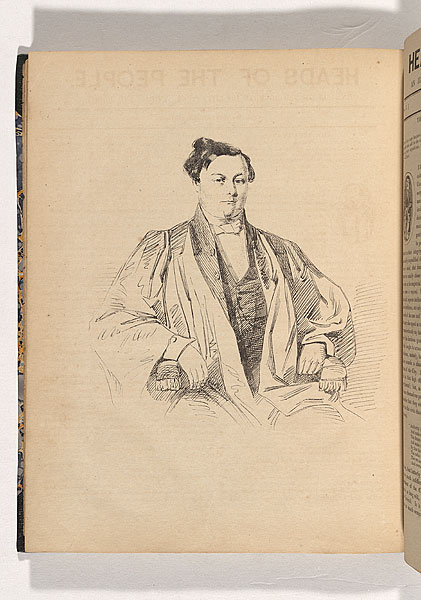 On 20 December 1834, at St James Church of England, Fisher married Amelia Selina, daughter of George and Diana Breillat. They had a son, William Henry, born in 1838, and a daughter, Frances.

In November 1842, Fisher moved his business around the corner to Argyle Street, renting four floors of the Customs House buildings from Frederic Unwin. On his return from a visit to Launceston in 1843, he offered kangaroo skins for sale as well as bran and wheat.

Fisher became councillor for Gipps Ward on 1 November 1844 and retained his seat until 9 February 1853 when the council was replaced by a three-member commission. In the same year he took civil action and claimed damages against the Sydney Morning Herald for implying he was 'under the influence' at a council meeting. He lost the case.

In 1845 he set up Fisher's City Depot, on the corner of George and King streets, where his advertisements for Fisher's Colonial Rum became well known. His private residence was initially at Princes Street and later Cumberland Street, The Rocks. By 1850, Henry Fisher, justice of the peace and wine and spirit merchant, was back at 480 George Street North.

Fisher's son William Henry, who became a master mariner, joined him in the brokerage and Customs House agency at 8 Castlereagh Street North in 1867. He was also involved in coastal trading and owned several vessels, including the cutters Endeavour, Fanny Fisher and the Amelia Breillat.

Fisher's wife Amelia died in 1865, and in 1886 he married widow Emily Smith. He died on 24 August 1888 and is buried in the old Church of England cemetery at Rookwood.