[media]The Hero of Waterloo is one of several hotels vying for the title of Sydney's oldest continuously trading pub. 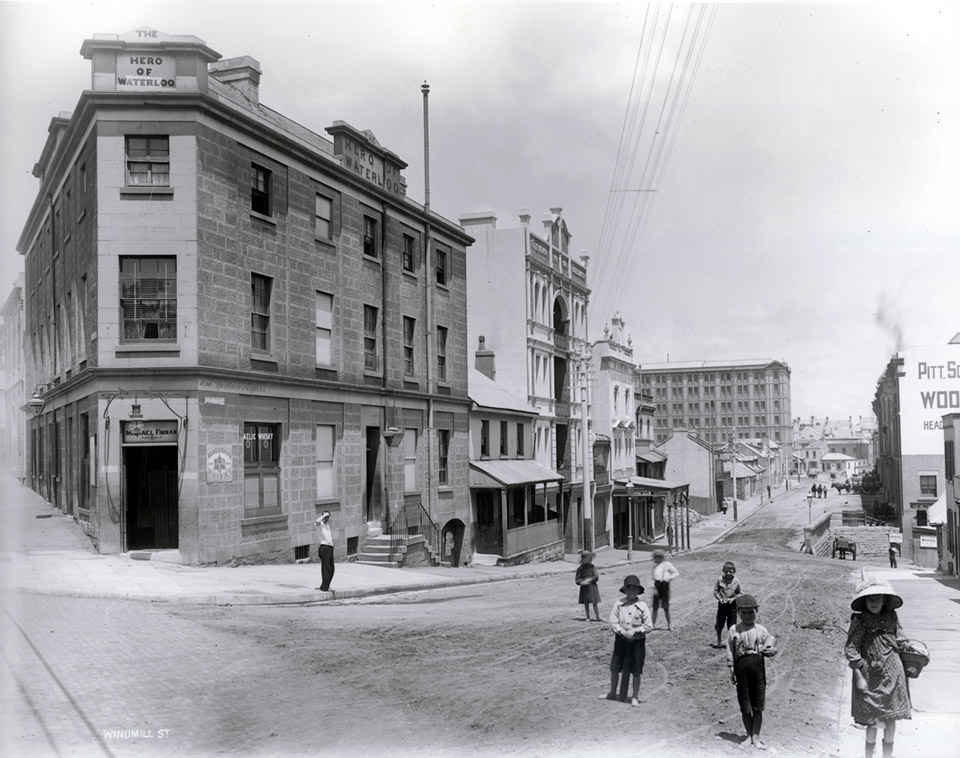 The Hero of Waterloo stands on the south-west corner of Lower Fort Street and Windmill Street in Millers Point. It is a three-storey, sandstone building with cellars and a hipped iron roof. It has retained most of its original form and its simple vernacular design makes it an excellent example of 1840s pub architecture. An iron bracket over the door held a large oil lamp guiding travellers to the inn. The painted sign bears a portrait of the Duke of Wellington.

[media]Because of the gauge marks on the sandstone bricks, it has been claimed that the building was constructed with convict labour as early as 1804 when it was used as a barracks. It was in fact constructed in 1844 by George Paton (or Payten), a stonemason and builder who was also responsible for the construction of the nearby Garrison (Holy Trinity) Church in 1842. He had acquired the Windmill Street land from John Clarke and on 30 June 1845 he obtained the first licence for his 'Hero of Waterloo'. Early clientele would have included the crews of the whaling and sealing vessels that tied up at Millers Point. 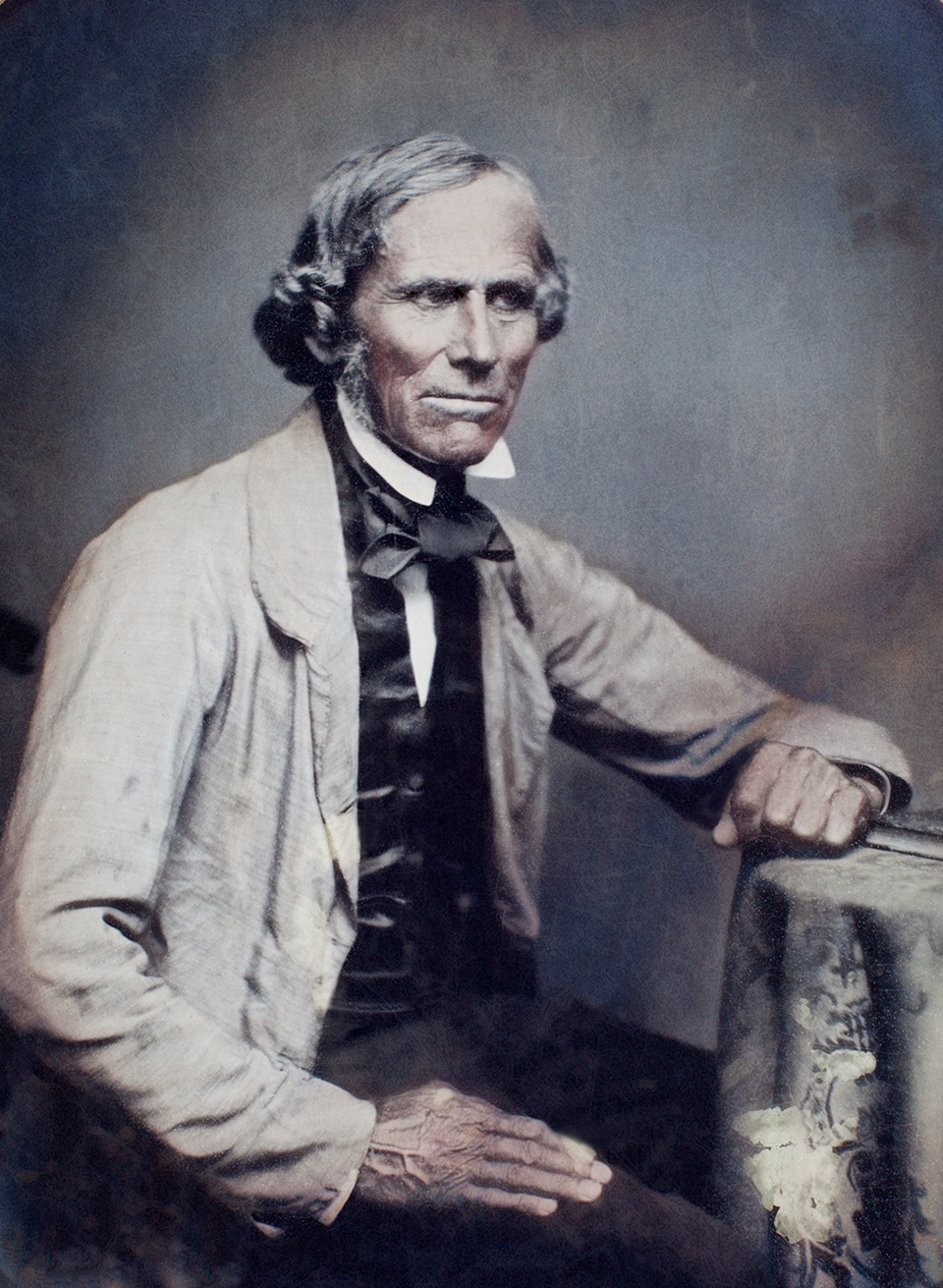 Paton's other projects, including his quarry lease at Observatory Hill, the Australian College, and a school behind John Dunmore Lang's Scots church, left him heavily indebted and he used the property and pub as collateral security. The license was transferred in September 1845 to Thomas Kirkman, formerly the publican at the Coach and Horses in Brown Bear Lane in the neighbouring Rocks, and he held it until late 1849. Kirkman's father John had arrived in the colony as a convict in 1810, so the pub does indeed have a convict connection. In 1850 Jonathan Brown from the Whaler's Arms on the opposite corner took over the licence and was still there in 1853.

There have been minimal alterations since 1928 when the present main bar was converted from two rooms into one large space. The pub is an integral part of the Millers Point precinct and an important community focus. The eclectic clientele has ranged from the Garrison troops and ships' captains of the 1840s to young partygoers of the twenty-first century and the historic pub is included in many tourist tours. The Hero now has an Irish theme with live music most nights. A group of lively and talented octogenarians entertain on Sundays.

There is an enduring legend that a secret tunnel from the pub's basement to a nearby wharf was used to press-gang drunken patrons onto ships looking for extra crew. It's easy to believe in ghostly tales of concealed trapdoors, shanghai-ed sailors and rum-smuggling when, perhaps after a drink or two, you visit the dimly lit maze of stone cellars beneath the hotel.

Society of Australian Genealogists, 'Pubs and Publicans in the County of Cumberland', NSW to 1850, CD based on State Records Office files, 2008

This entry was edited on 6 March 2022 to correct the reference to Thomas Kirkman. He is not the Irish convict Thomas Kirkman Browne as previously believed.
Connections
Subjects
Hotels and Pubs
Buildings
Hero of Waterloo hotel