[media]The Strand Arcade, linking George and Pitt streets, is Sydney's only surviving Victorian shopping arcade dating from the late nineteenth century. It was the last of five covered shopping arcades built in the city centre between 1881 and 1892, concentrated in the area between George, Castlereagh, King and Park streets. The other four arcades were the Royal Arcade (George and Pitt streets, now the Hilton Hotel site), the Victoria Arcade (Castlereagh and Elizabeth streets), and the Piccadilly and Imperial arcades (Pitt and Castlereagh streets).

[media]The design of the Strand Arcade was based on European arcade architecture of the early 1800s, of which the Burlington Arcade in London is the archetype. Shopping arcades were a transition from street level shopping to department stores. They were effectively covered streets aimed at high-end consumers, which provided customers with a promenade and the opportunity to shop at a range of individual shops concentrated in one place. 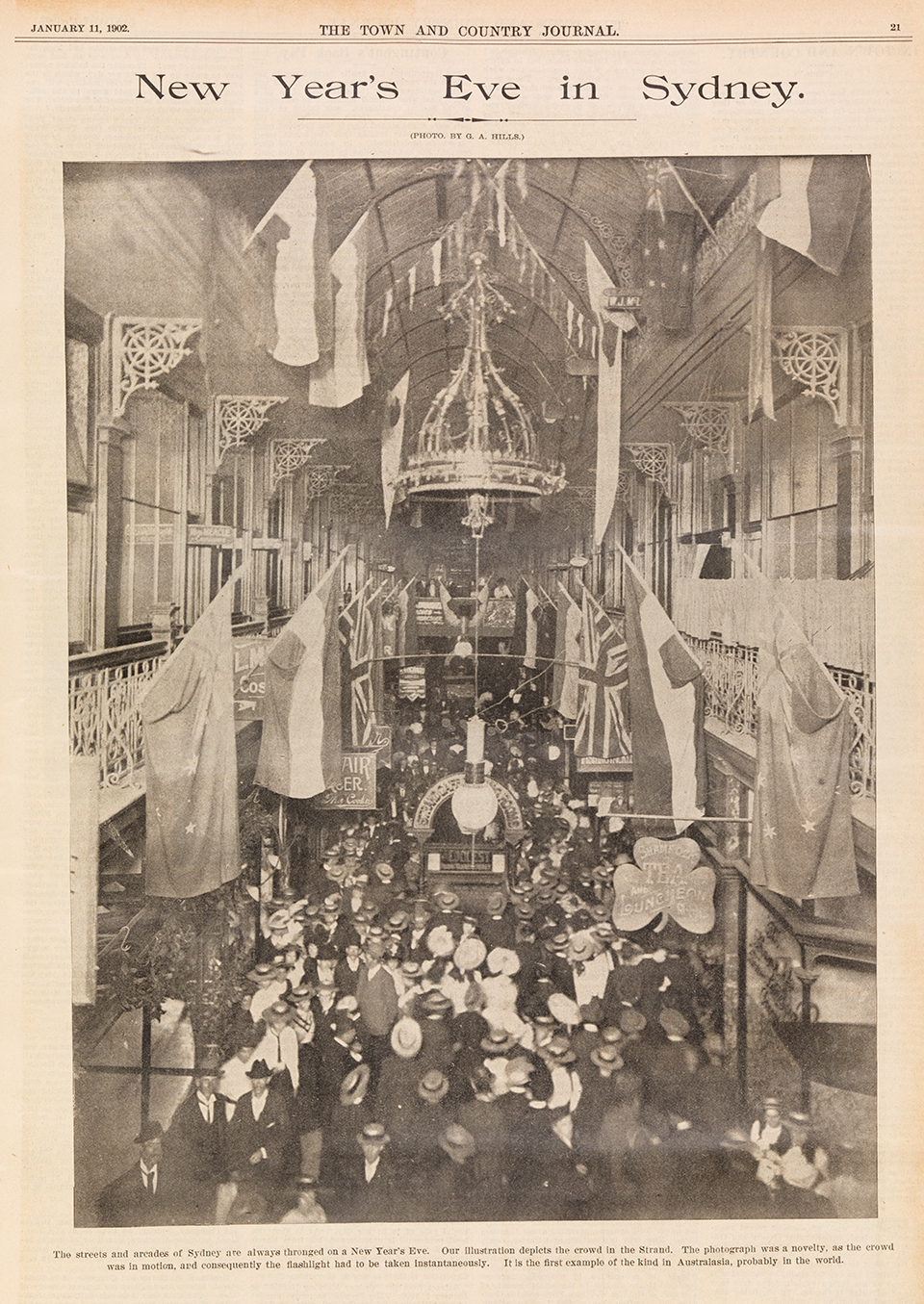 The Strand Arcade was financed and built by a consortium of prominent Sydney businessmen, led by the tobacco tycoon Sir Hugh Dixson. The City Arcade Company, formed in 1890 by Dixson, William Carter and William Dillon, leased two parcels of land from the Jobbins and Macdonald families on George and Pitt streets.

[media]The architectural firm of Spencer and Fairfax won the competition to design the arcade. Their winning entry was for an arcade just over 100 metres long, in the Free Classical style with 80 shopfronts. It had four floors – basement, ground floor and two gallery levels – with an additional level on both street fronts. A decorative glass lantern roof was installed to provide light for photographers occupying the upper gallery levels. 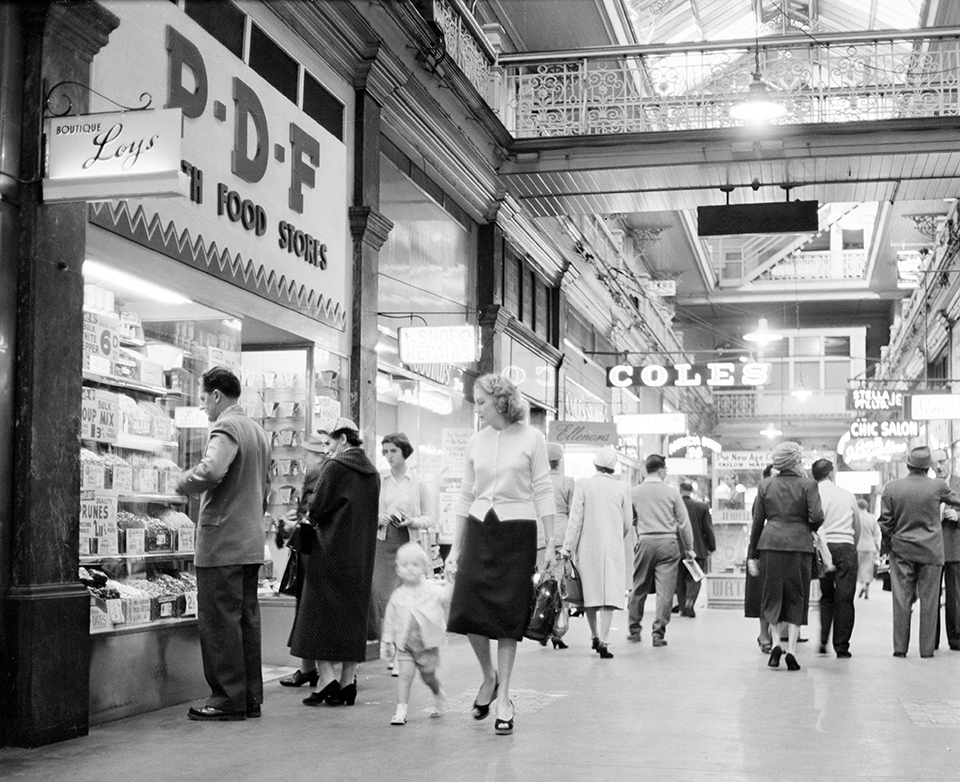 During the 16 months of its construction, the arcade was referred to as either the City Arcade or Arcade Street. By the time of its official opening in April 1892, it had been formally named the Strand Arcade, in honour of the street of the same name in London.

When the Strand Arcade was officially opened by the Mayor of Sydney, William Manning in April 1892, the Daily Telegraph reported that

…they had removed old unsightly buildings and given in their place a palatial building that will be a credit to any city in the world.

[media]By the twentieth century, the basement of the Strand Arcade was home to the popular Ambassador Café in the 1920s, followed by Chequers Nightclub in the 1950s. 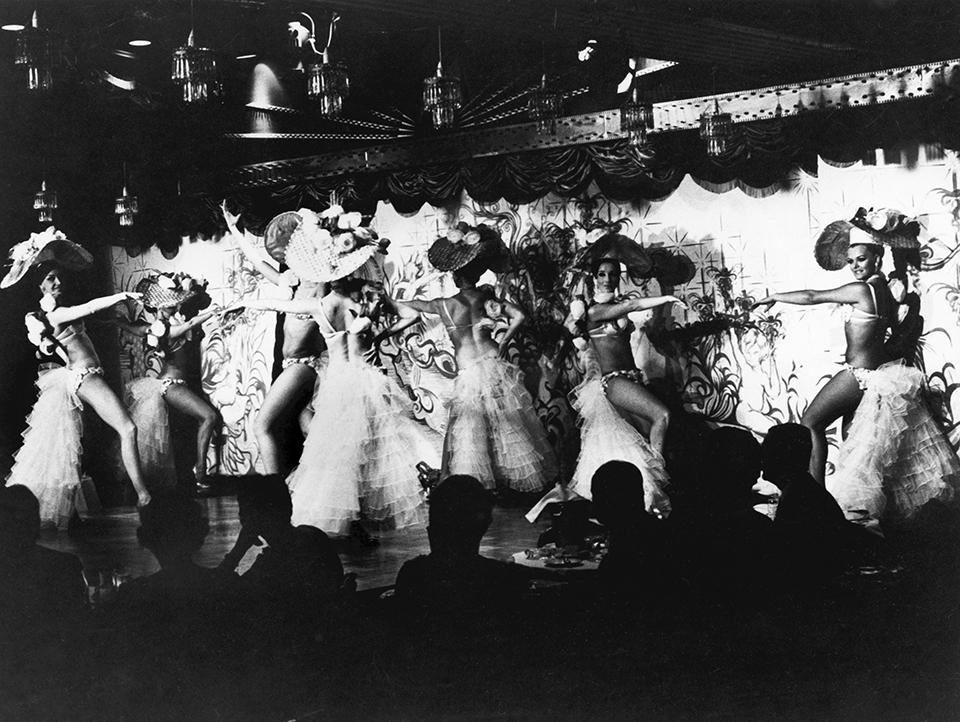 [media]The leases on the land occupied by the arcade expired in the 1920s, when it was divided between two owners. The Dixson Trust purchased the George Street end, while the Pitt Street end was acquired by the jeweller and entrepreneur David Stewart Dawson. The ends of the arcade remained in separate ownership, changing hands a number of times. This divided ownership restricted development, and by the 1950s the building was in a state of disrepair. 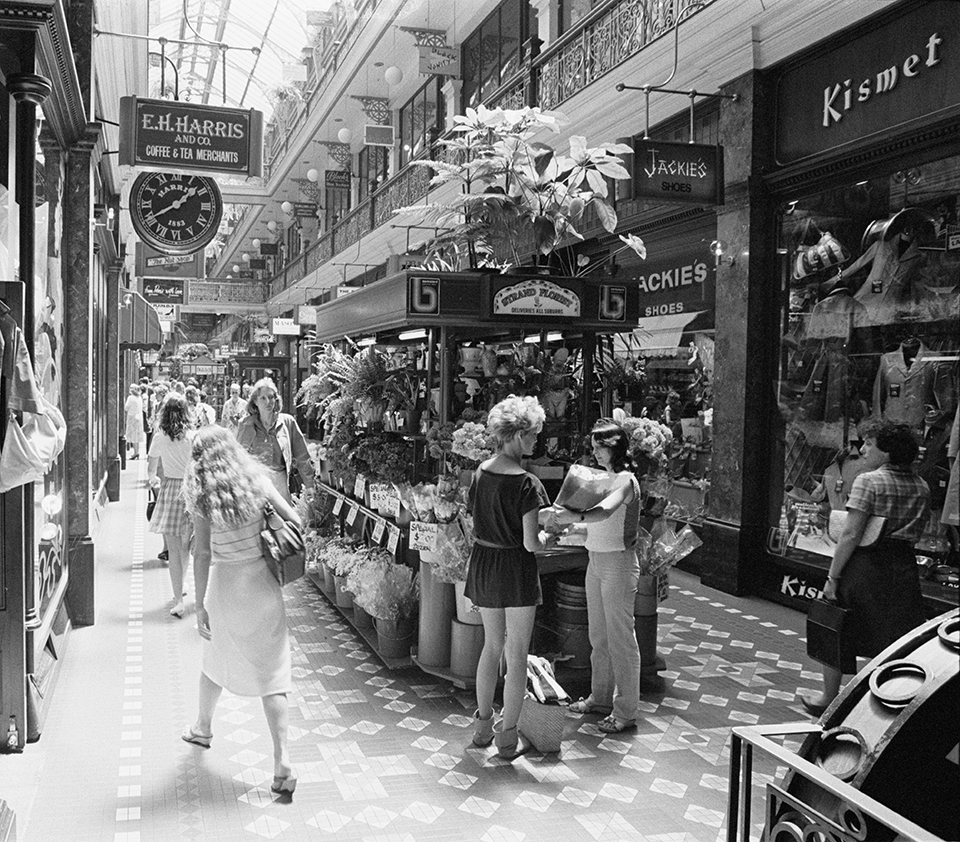 In the 1970s, Prudential Assurance bought the whole arcade and refurbishment works were carried out in 1974. The arcade suffered damage from fires in 1976 and 1980. After the fires, restoration work was carried out under the guidance of the architect Alan Lawrence. In the absence of original drawings, a remnant of one of the cedar shopfronts was used as a prototype for the other 79. Further restoration work was carried out in the 1990s, after the arcade was acquired by Ipoh, with the arcade's focus turning to fashion on the gallery levels and services on the ground level.