[media]The Sydney Day Nursery Association was established in 1905 by a group of women from Sydney's upper classes who identified and empathised with the plight of working mothers living in Sydney's inner city suburbs. 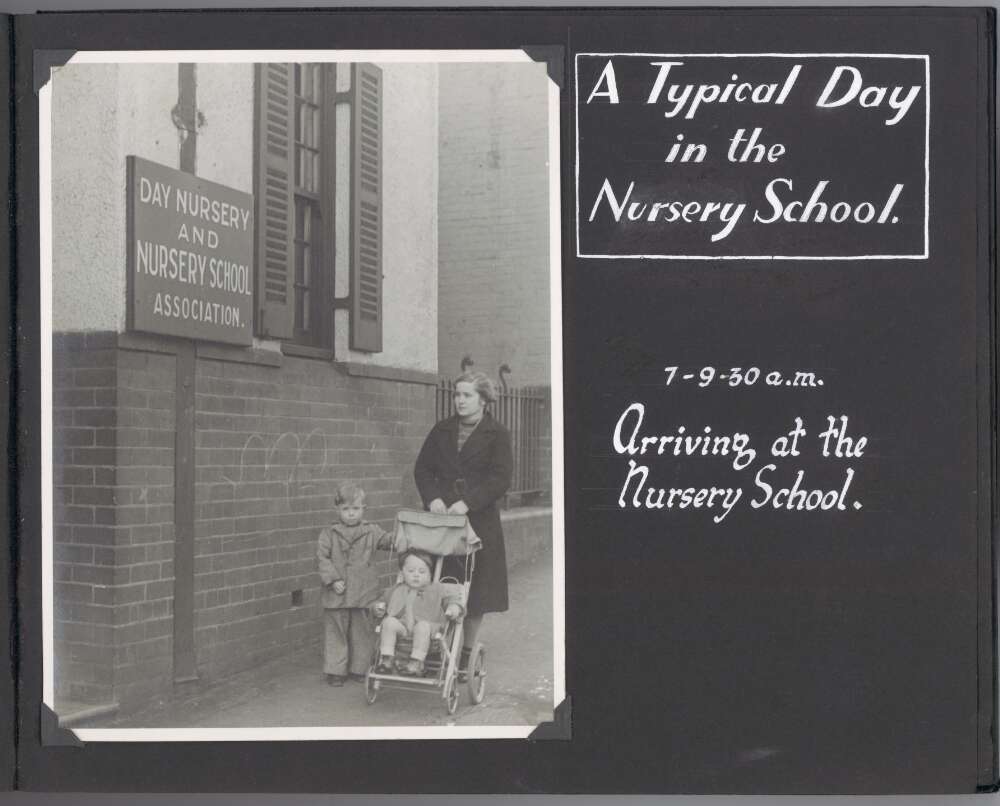 In the early twentieth century, before the introduction of any system of family endowment, working-class women were often obliged to work to supplement their family's income or, if they were single, widowed or abandoned, take the role of family breadwinner. Yet the working-class mothers of the early twentieth century in Australia had very limited options for child care. Mothers left their children with relatives or friends, or in the care of older siblings, which often led to girls dropping out of school early but many young children were left unattended on the streets, at risk of injury or harm, or locked inside their homes for the day. Some families had no choice but to relinquish their children to institutions.

The Kindergarten Union was founded in 1895 and began to provide preschool services, with training for staff at the Sydney Kindergarten Teachers College. However, in 1903 it resolved to exclude children below the age of three years from their preschools, on the basis that infants required nurses, rather than teachers. The Sydney Day Nursery Association sought to address the lack of provision for babies and infants.

The foundation of the Sydney Day Nursery Association

The Sydney Day Nursery Association was formed with the resolution:

It is not to relieve these mothers of their responsibility, but to ease their overwhelming burden of care and anxiety, to enable them to keep their home and family together, and to supply to their little ones the wholesome and loving care…which is so necessary to their wellbeing. [1]

On 3 August 1905, the founding committee met with the purpose of 'organising a movement to establish a crèche'. It was to be

…no cold, remote charity, but an institution started by fellow women, who fully realise the difficulties that beset the paths of working mothers. [2]

Several of the founders had previously been involved Kindergarten Union, established ten years earlier in 1895. They had a keen interest in social justice and some, such as Linda Littlejohn (née Teece), had strong affiliations with the women's movement. These women were also connected with Sydney's business, legal and medical community, as was the case with a longstanding president Mrs Marguerite Fairfax, who was the wife of a doctor who was part of the Fairfax family of proprietors of the Sydney Morning Herald.

Among the early members was Dorothea Mackellar, the famed poet. Her father, Dr Charles Kinnaird Mackellar, then president of the State Children's Relief Board, chaired the 1904 Royal Commission on the Decline of the Birth-Rate and on the Mortality of Infants in New South Wales, which identified a high rate of infant mortality in the poor areas of Sydney and condemned the majority of privately run children's institutions and private nurseries. [3] The Royal Commission was a major impetus for these reforming women.

[media]On 7 December 1905, in a small terrace at 126 Dowling Street, Woolloomooloo, the Sydney Day Nursery Association opened the first day nursery in the state for babies and infants. For threepence a day ($1.80), children were bathed, fed, clothed and cared for, from 7.00am to 6.30pm. A matron, and visiting doctors and dentists, monitored the children's health. Nutritionally balanced meals and fresh milk were provided. Staff supported mothers at the day nursery and made home visits. In the 1930s, a social worker was recruited to provide much-needed family support services. 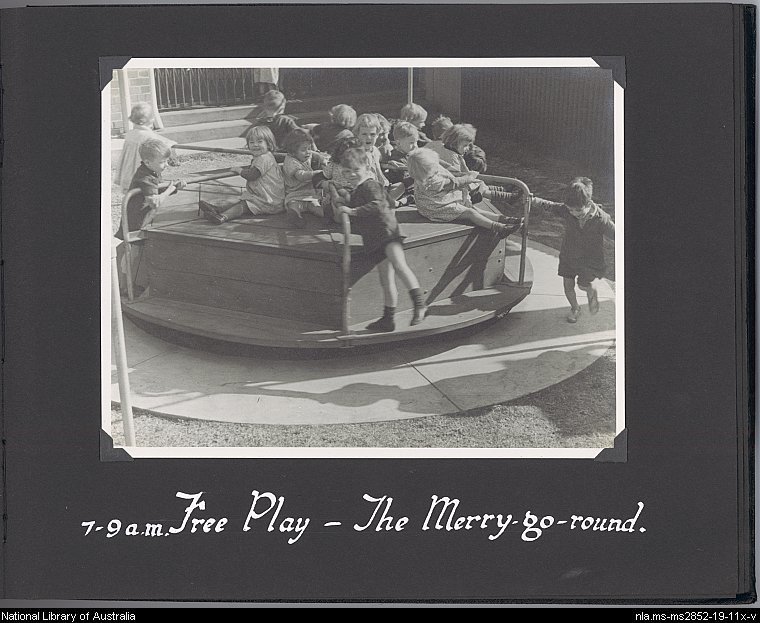 The Sydney Day Nursery Association was supported principally by charitable donations and fundraising events. Friends and acquaintances of the Executive Committee were invited to become members for an annual subscription, and 'Circles' were formed in 1906, with the purpose of maintaining a cot within the day nursery for £10 a year ($1500).

The success of the day nursery at Woolloomooloo was immediate and within months the Association began looking for larger premises. Many more day nurseries were opened in the inner city and in suburbs with large female working populations who needed quality education and care of their 'little ones' for the full working week.

The development of nursery schools

By the 1930s, the Sydney Day Nursery Association was actively looking to bridge the gap between the care of infants and babies and the need for education of preschool-aged children. It had been a 'long cherished hope' for the Association that children of working mothers would receive quality, planned education in a long day care setting, taught by qualified staff. The Association's 1928-1929 Annual Report expressed this view, using the gendered language of the period:

It is not enough to take a child and feed him and keep him clean and safe during the hours of separation from his mother. Much more is needed…the kind of play that will help him to develop intelligently and the wise handling that will help him adjust himself easily to his surroundings. [4]

In 1931, a Mrs Hamilton from the United States, highly qualified in preschool education, volunteered to establish and operate a demonstration nursery school during her stay in Sydney. The Woolloomooloo Nursery School was opened on 6 October 1931, operating alongside the Association's day nursery within the purpose-built Welfare Centre for Mothers and Babies at 208 Dowling Street, Woolloomooloo. This new demonstration nursery school provided an educational program for children aged two years to school age in a long day care setting. The nursery school experiment was deemed a success, and after Mrs Hamilton's departure the Association looked in the UK to recruit a Nursery School Director, in the absence of suitably qualified staff in Australia.

Despite a turbulent few years, with staffing issues and the vulnerable financial situation of the organisation during the Great Depression, the Sydney Day Nursery Association remained committed to its vision of nursery school education, and by 1950, 14 nursery schools had been established in the Sydney region. In 1937 the organisation changed its name to the Sydney Day Nursery and Nursery Schools Association to reflect this new direction.

[media]Just one year after it established its first nursery school, the Association opened its first Nursery School Training Centre in 1932, at the Woolloomooloo Nursery School. It was the first such teacher training college in NSW. 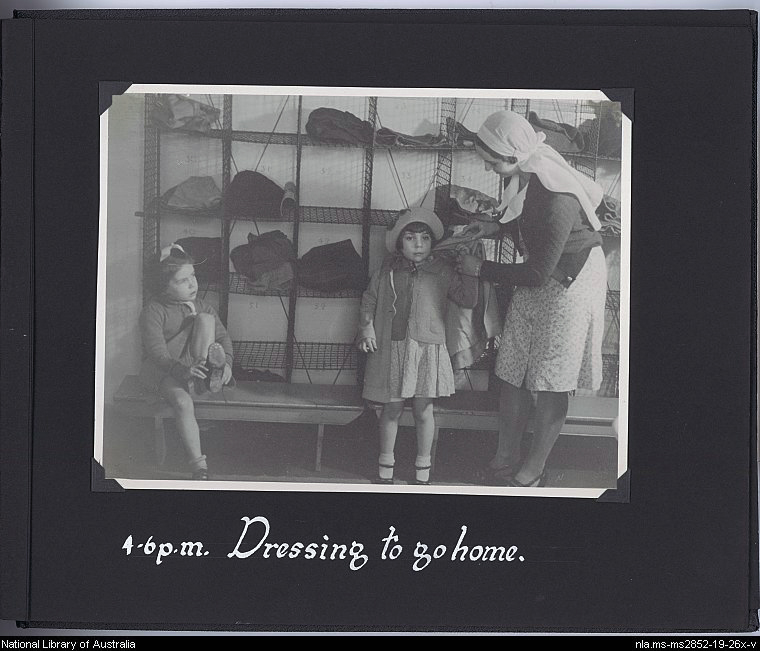 In the absence of local expertise, the Sydney Day Nursery Association initially hired teaching staff from England, supplementing this with lectures by academics from the University of Sydney and the Sydney Teachers College. By 1942 the two-year diploma course had expanded to three years. The curriculum took a holistic approach. Elements of a general education, such as English literature, sat alongside the more practical and vocational units of study.

By 1945, the College had moved into a new sandstone residence known as The Retreat, at Burren Street, Newtown, and in 1967 was renamed the Nursery School Teachers' College (NSTC). A financial commitment by the Commonwealth Government to boost numbers of qualified nursery school and preschool teachers facilitated a new purpose-built college on the site in 1972.

By 1975, major national educational reforms heralded a new future for the College, and control of the NSTC passed to the Commonwealth Government. In 1981 the NSTC amalgamated with the Sydney Kindergarten Teachers College to become the Institute of Early Childhood Studies. Merging with Macquarie University in 1994, the renamed Institute of Early Childhood continues to provide early childhood teacher education.

The history of SDN Children's Services encompasses a period that has seen many changes in social attitudes. These changes have influenced educational, welfare and health policies, and have had implications for the way child care has been viewed and delivered in the community.