The Gap is the [media]dip in the sandstone cliffs at South Head, below which extends a wavecut shelf. It is adjacent to Watsons Bay. Since the beginning of European settlement, The Gap has been a major destination for tourists, for whom it provided easy access to ocean views. Readily accessible by ferry and bus, The Gap was the terminal point of the tram route to Watsons Bay from 1909 to 1960. Since then the tram track has become a footpath. 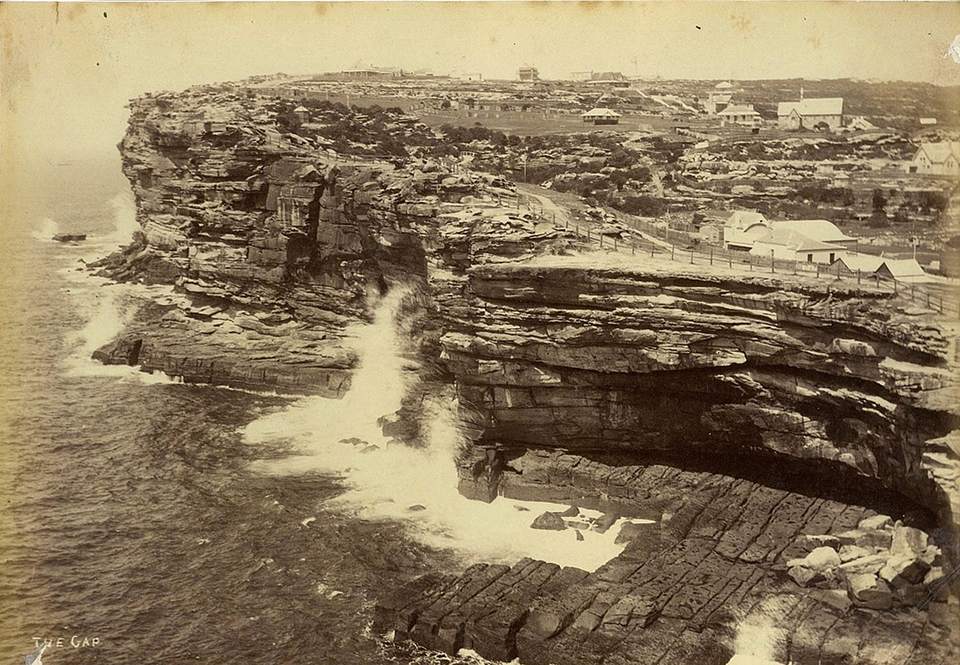 Gap Park was established in 1887 as a public recreation area, although initially there were cottages within the park. The maintenance of the park for the safety and pleasure of visitors and residents was a recurrent cause of concern for the Vaucluse Council (1895–1948) and its predecessor and successor, Woollahra Council. Expenses ranged from maintaining visitor facilities to creating fencing with a visitor turnstile in 1900 to prevent cattle entering the area. [1] Photographs of the park in the early twentieth century show it denuded of vegetation, but modern management has restored mixed heath land vegetation, together with some non-local additions of Queensland rainforest flora and Norfolk pines.

At different times the nearby facilities for visitors have included a Gap Hotel (c1858–1909) and a Gap Tavern (1961–97). A camera obscura established by Captain CA Colonna in its own octagonal building operated from the end of the nineteenth century until it was closed on grounds of military security in 1914. [2]

The Gap also [media]has a long history as a suicide spot for Sydney, [3] given the easy access, combined with the flat wavecut ledge, and its dramatic location at the extreme edge of the city. A suicide was reported as early as 1863, that of Anne Harrison. She had lived at the Gap Hotel where her husband was licensee in the early 1860s. While there, her young nephew, who was visiting, accidentally fell to his death over The Gap. She seems to have developed depression and after they had moved to the other side of the city, she took a cab in the middle of the night back to the Gap Hotel. From there she walked to The Gap to take her own life. Since then, there have been many suicides at The Gap or the adjacent cliffs, but also numerous accidental deaths from walking on the cliff top, first recorded in 1868, or from fishermen and others climbing down to the rocks below. It became a location where someone wishing to disappear might pretend a suicide or accident, and has been used in possible murders made to look like suicides. Unrecorded are the numerous rescues by police, residents and visitors of people attempting suicide or having accidents. 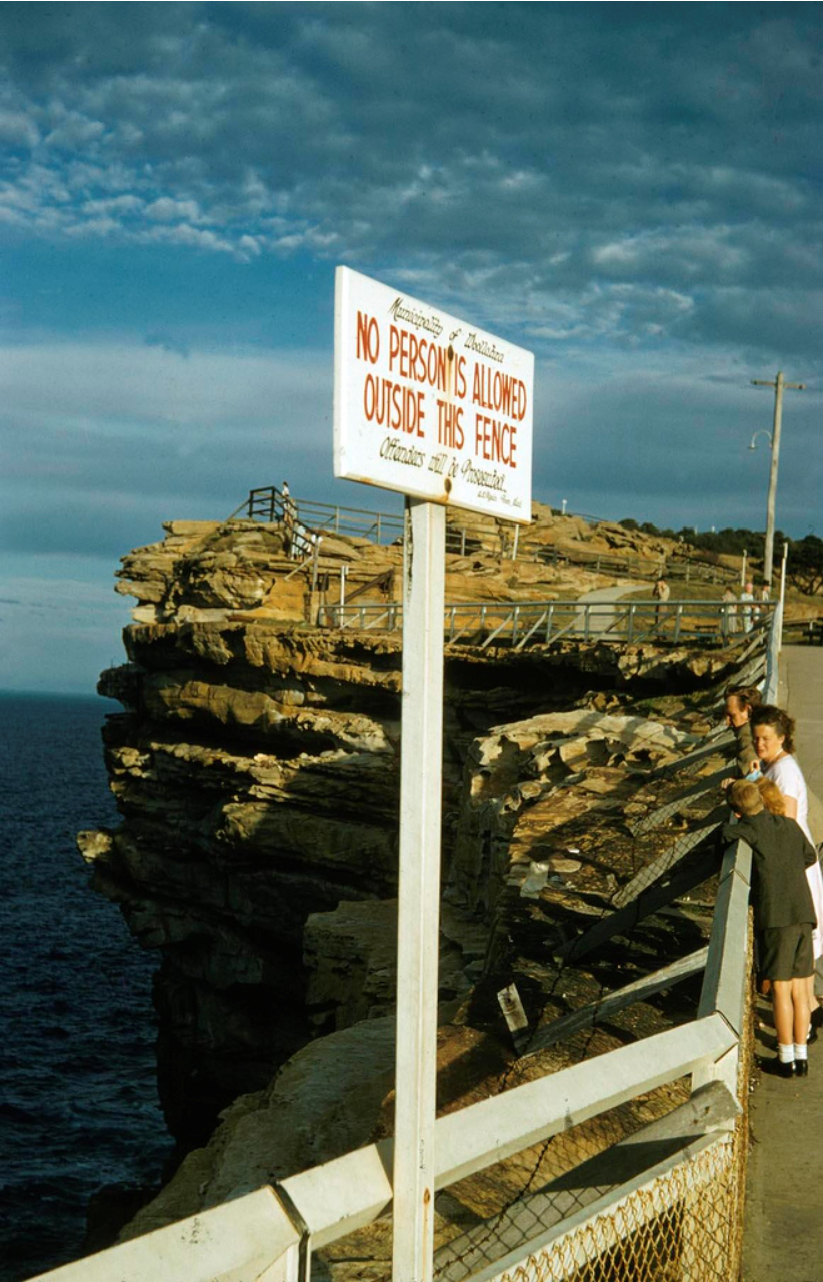 A plaque near the Gap records the services of a German shepherd called Rexie who belonged to John Nagy, the owner of the Gap Tavern in the 1960s. She sensed potential suicides and would bark and run to draw attention to them. She is claimed to have saved over 30 lives.

Running north between The Gap and HMAS Watson is Gap Bluff, which became part of the Sydney Harbour National Park in 1982. [4] The School of Artillery/Gunnery was relocated here from Middle Head in 1894–95, both for training and for practice. The buildings used for training were extended in the late 1930s but the practice battery was made non-operational in 1938. [5] In 1941 the training centre was moved back to Middle Head and the buildings were used for other military purposes. The Navy’s Radar Communications Centre had extensive buildings at Gap Bluff, and national servicemen were accommodated on the site. After military use ceased, the site was handed over to National Parks in 1982. Surviving buildings include the former Officers’ Mess and Armoury.

[3] Claire McIntyre, On the edge: deaths at the Gap, Ginninderra Press, Charnwood ACT, 2001