[media]Wylie's Baths is one of the many ocean baths along Sydney's coastline, and its construction on the rocks south of Coogee Beach coincided with an emerging interest in seaside baths in Sydney at the start of the twentieth century. These baths are tidal swimming pools on the open coast, and waves break over their sides, ensuring that the water is always fresh. 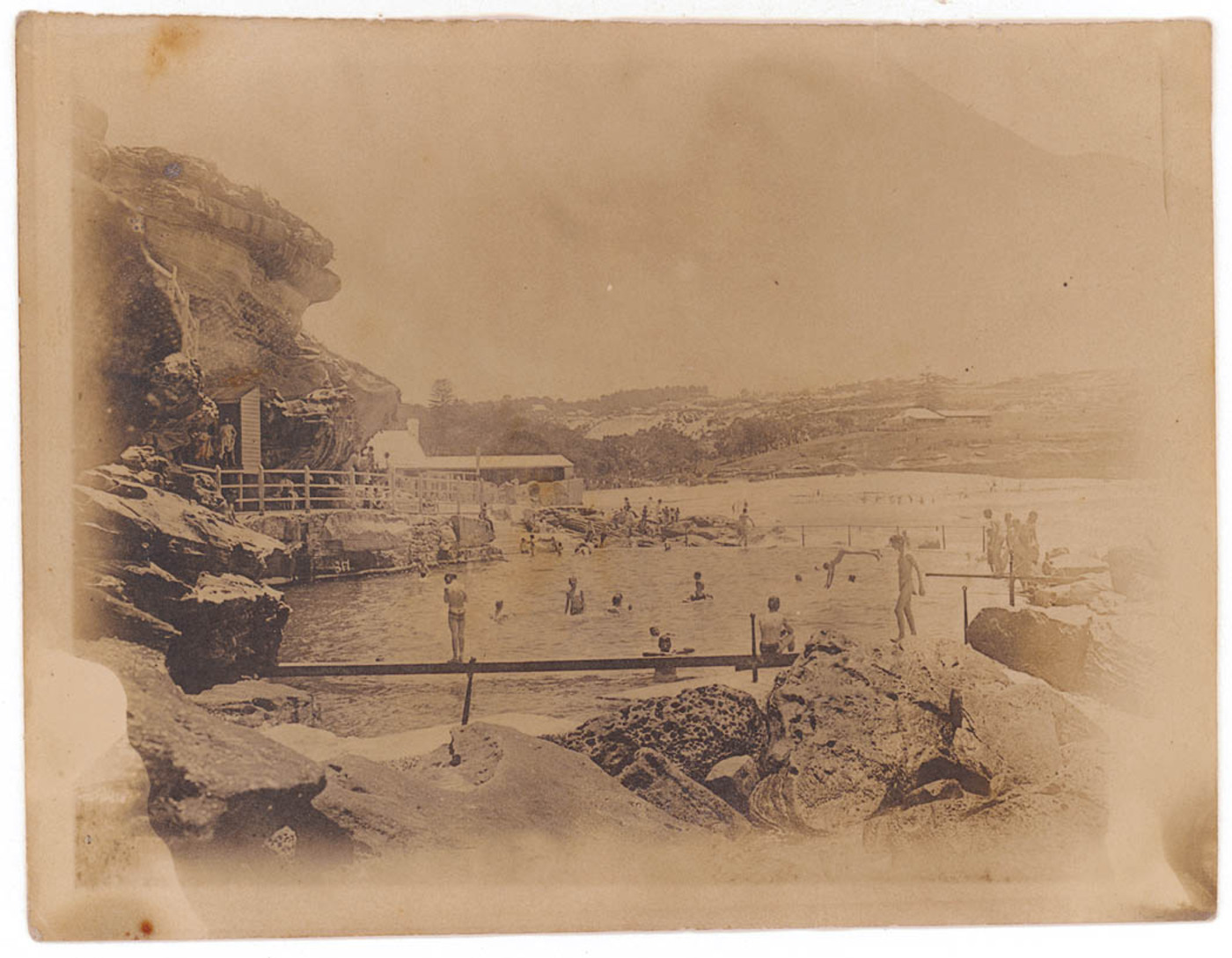 Coogee Beach, by the end of the nineteenth century, had attracted its share of Sydney's creative community. The poet Henry Kendall, who often swam at the beach, published his poem 'Coogee' in 1868, while local 'impressionist' painters such as Tom Roberts, Charles Conder and Arthur Streeton all painted the coastline where Wylie's Baths would eventually appear.

Henry Alexander Wylie, a champion long-distance and underwater swimmer, established Wylie's Baths in 1907. His daughter Wilhelmina (Mina) Wylie and Fanny Durack were Australia's first two female Olympic swimming representatives. The first gold and silver swimming medals for a women's event in the history of the Olympics went to Durack and Wylie respectively, at the VI Olympiad in Stockholm in 1912.

To begin work on the baths, Wylie obtained a special lease below the high-water mark. In 1912 he added the cliff-hugging timber boardwalk. The baths were one of the first mixed gender bathing pools in Australia: they are also associated with the first public recreation facilities in the Coogee area. Wylie's Baths are near McIver's Baths, which are the only ocean baths in New South Wales still reserved solely for use by women and children.

Over the decades, Wylie's Baths became dilapidated, and in November 1959 the lease for the baths was transferred to Desmond Selby, who renamed the baths Sunstrip Pool; during the Selby years the pool and its habitués were immortalised in Jeffrey Smart's Wylie's series of paintings. In the mid-1970s, storms and high seas further damaged the baths, resulting in their temporary closure, and when they were reopened in 1978 under the control of Randwick Council, they were renamed Wylie's Baths.

In 1994, a major renovation was undertaken by architect Keith Cottier in collaboration with Randwick City Council. Aspects of the site were upgraded and adapted to meet the needs of a modern community, but every effort was made to retain the historical integrity and the spirit of the original facility, and the restoration won the prestigious Greenway Award of the Royal Australian Institute of Architects. In October 1996, Wylie's Baths Trust was appointed to manage the historic site.

The baths and their spectacular setting are culturally important in Coogee. They are in constant demand for film, radio, fashion and TV shoots – the 'Great Inflatable Film Festival' commenced there in 1996. Contemporary Sydney painters – such as Peter Kingston – continue to find inspiration in the baths and their setting.

Wylie's Baths are the oldest surviving communal sea baths in Australia, and have been classified by the National Trust of Australia (NSW). Mina Wylie was inducted into the International Swimming Hall of Fame in 1975, and a statue of her now overlooks the pool.