On leaving this room we saw a little dapper man approaching, dressed in neat frock coat and trowsers., and somewhat shabby white hat. A visitor we enquired? "No," replied Mrs. Statham, "that is one of our characters--it is a woman who fancies herself a man, and whom we humor by allowing her to dress according to her ideas." This strange character took off her hat, and introduced herself as Tom Hurly, offering us a pinch of snuff, and shaking us heartily by the hand. There was a world of humor in the merry twinkle of the lady's eye, and the rich brogue in which she spoke. At our suggestion she proudly sat to Mr. Terry for her portrait, which we here present, vouching for its accuracy. In reply to our queries, she stated that she had three wives, and she named them all. She said she had been in the country over a hundred years, having been sent from Limerick in "woman's wearables'  as she did not then know her own "karacter." " Tom" was very amusing  and chatted freely while her portrait was doing, and we left her, proud and important that she had been so noticed. Poor woman! her's is an extraordinary case;- we have never heard of any other instance of such an extraordinary delusion. She is in general quiet, but occasionally breaks out, and has to be confined. If her fancy of dressing as a man were denied her, without doubt she would be in a.constant state of excitement and violence.' 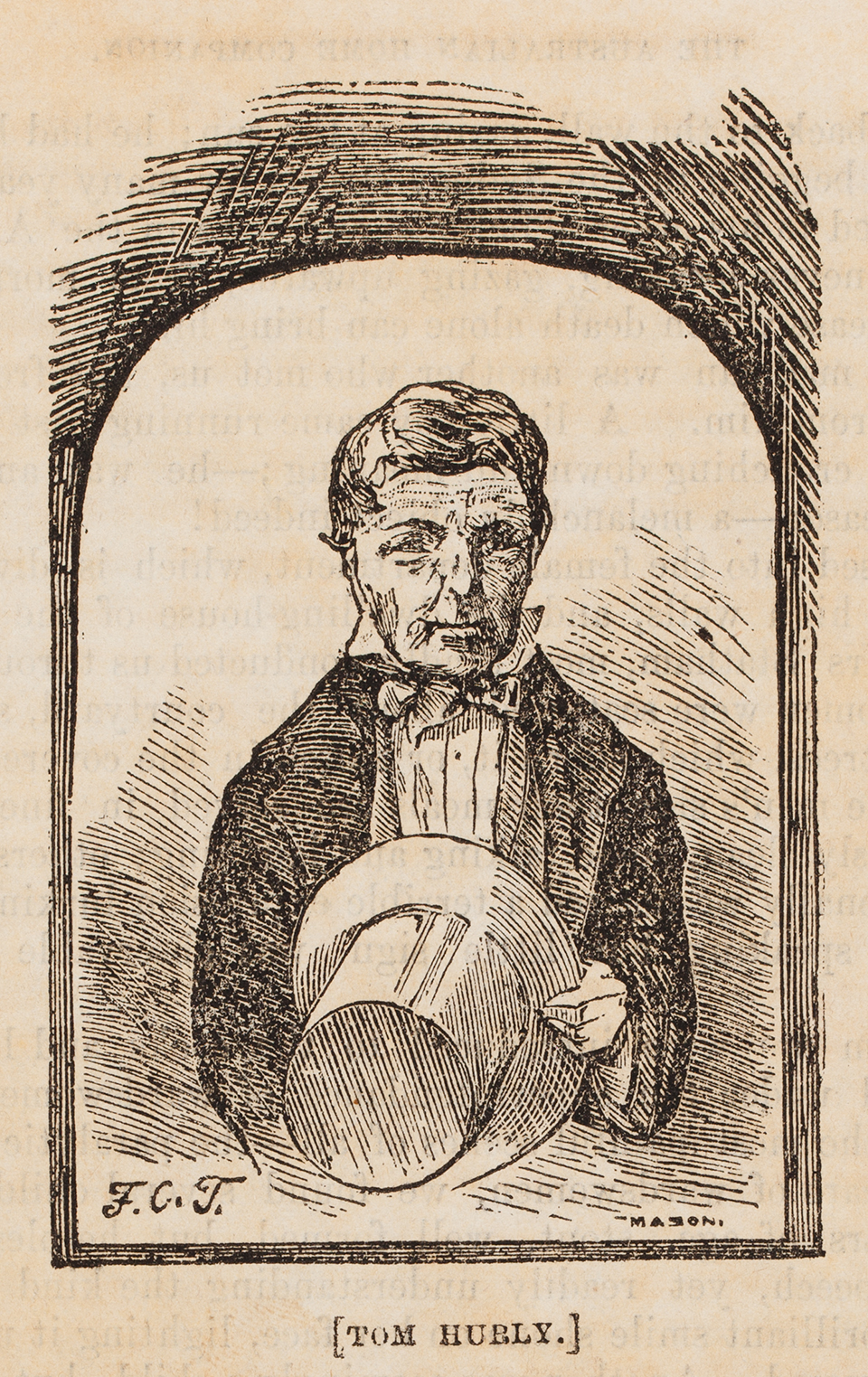