The colony's first territorial seal was approved by King George III on 4 August 1790 and arrived in Sydney in September 1791. The Royal Warrant describes the design on the obverse as:

Convicts landed at Botany Bay; their fetters taken off and received by Industry, sitting on a bale of goods with her attributes, the distaff [a spindle for spinning wool or flax], bee-hive, pick axe, and spade, pointing to an oxen ploughing, the rising habitations, and a church on a hill at a distance, with a fort for their defence. Motto: Sic fortis etruria crevit [So, I think, this is how brave Etruria grew]; with this inscription round the circumference, Sigillum Nov. Camb. Aust. [Seal New South Wales]
'A New Seal', 1917: 872 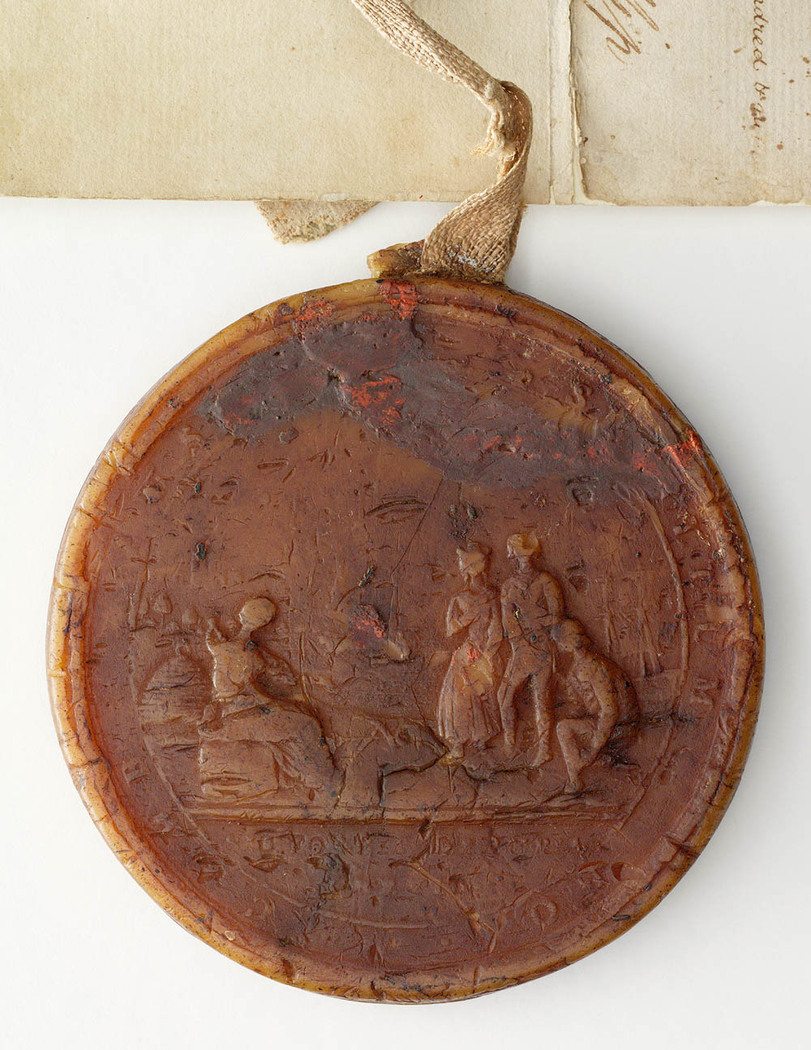