Long thin island in the Hawkesbury River, north of Sydney, between Brooklyn and Dangar Island. 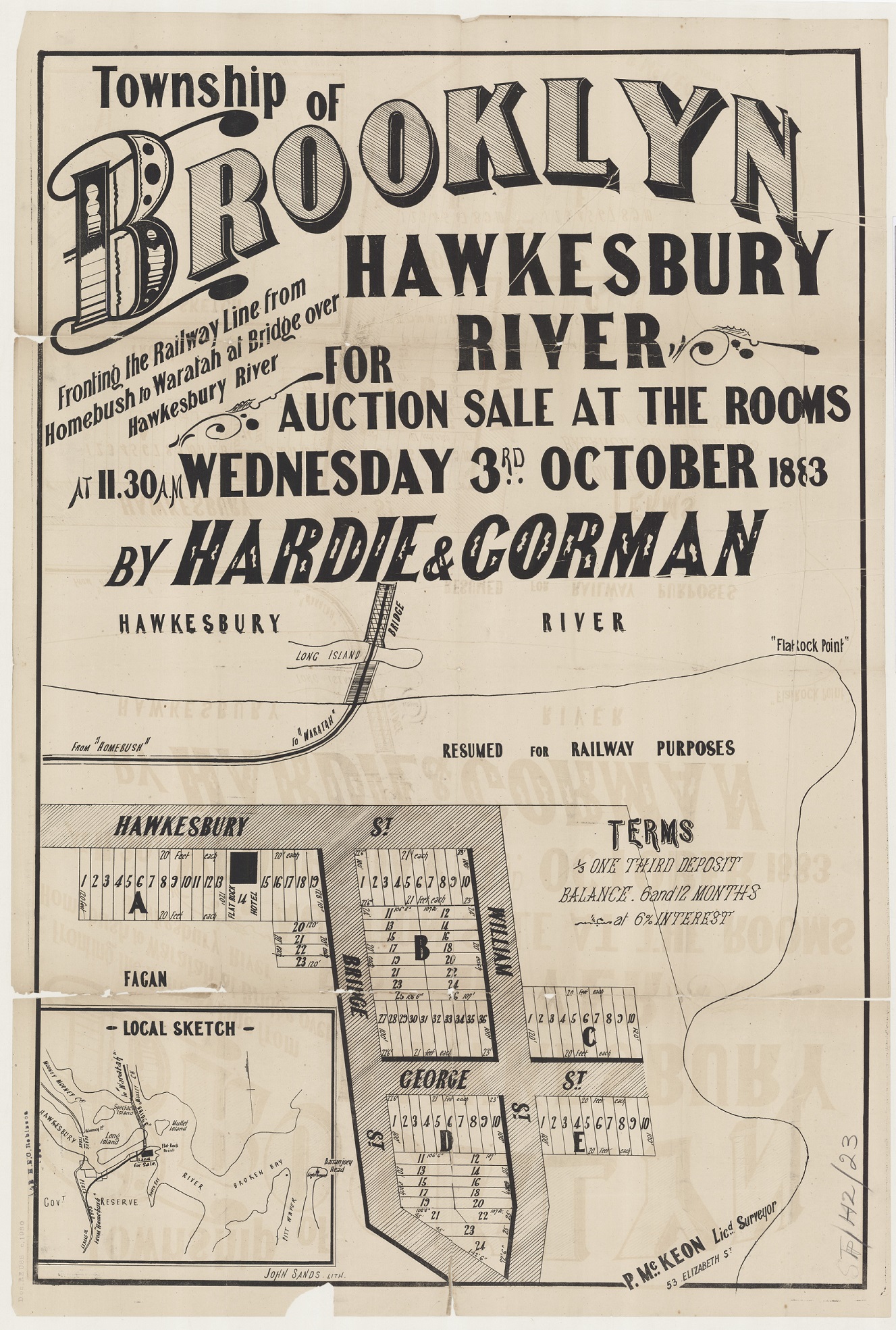