L'Hermitage was a French restaurant opened by French migrants Henry and Jeanne Renault in the former Paling's building on Ash Street in July 1942. Jeanne worked 'front-of-house' while Henry worked as their chef until he established his wine import business.

The Hermitage served dishes such as venison in wine and steak tartare which shocked some restaurant-goers. Jeanne said one patron ‘could not understand us serving raw steak. It was fit only for dogs.’

The restaurant contained a copy of Leonardo Da Vinci's 'Mona Lisa' near its entrance and became a popular dining spot for many well known individuals including the former Prime Minister of Australia, Sir Robert Gordon Menzies. On its closing in 1957, the Sydney Morning Herald interviewed Jeanne Renault:

Madame smiled her half-smile...But when I asked her: "Are you sad, Madame?" she answered: "Yes, I feel sad. Would not you?" 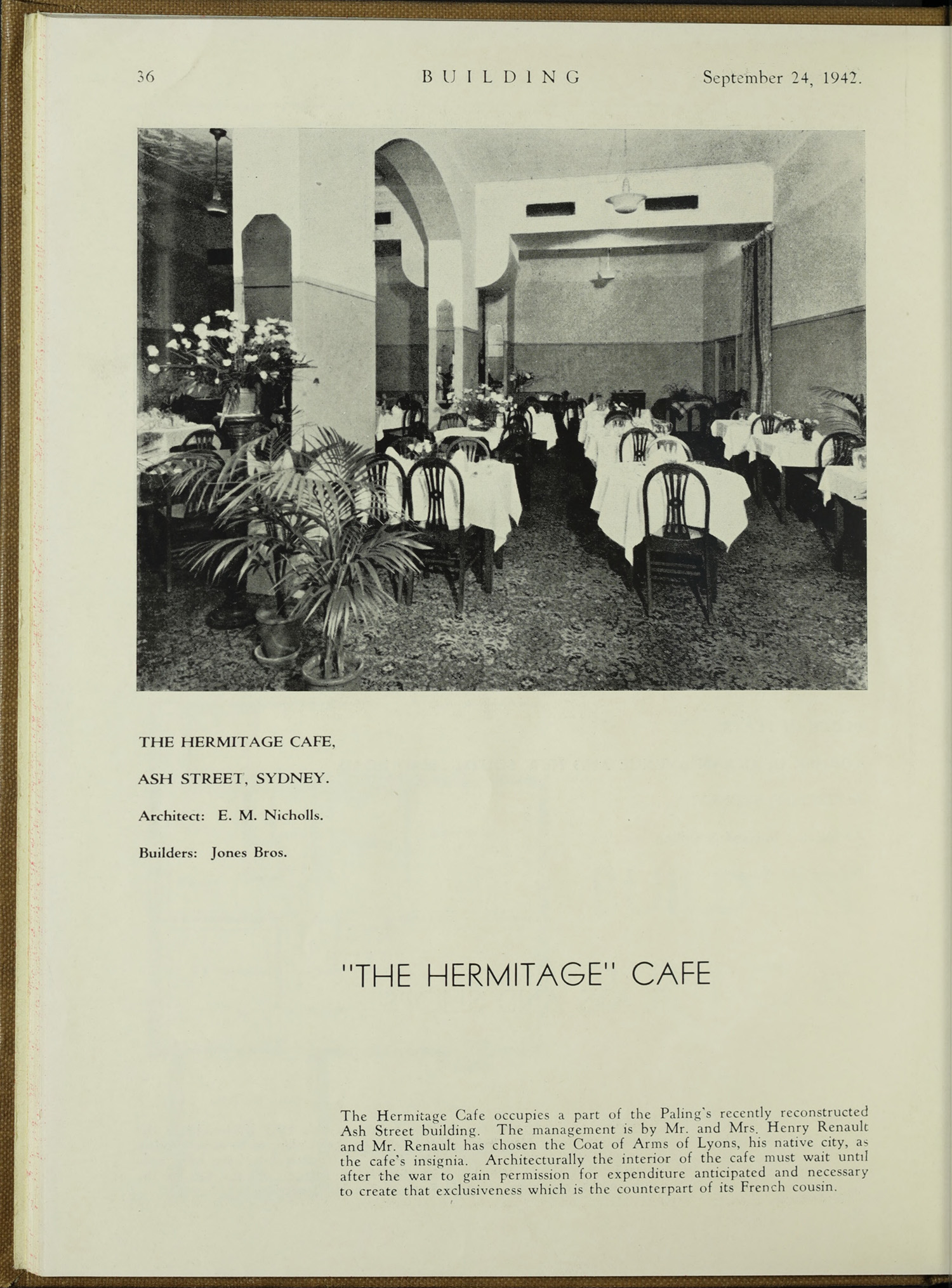