Venomous spider native to an area of about 160km across Sydney. First described in 1877 by British arachnologist Octavius Pickard-Cambridge from a specimen at the British Museum, he referred to its 'large, massive and very prominent' fangs however it was not identified as deadly until 1927 when 2 year old Clyde Thompson died after being bitten in Thornleigh. 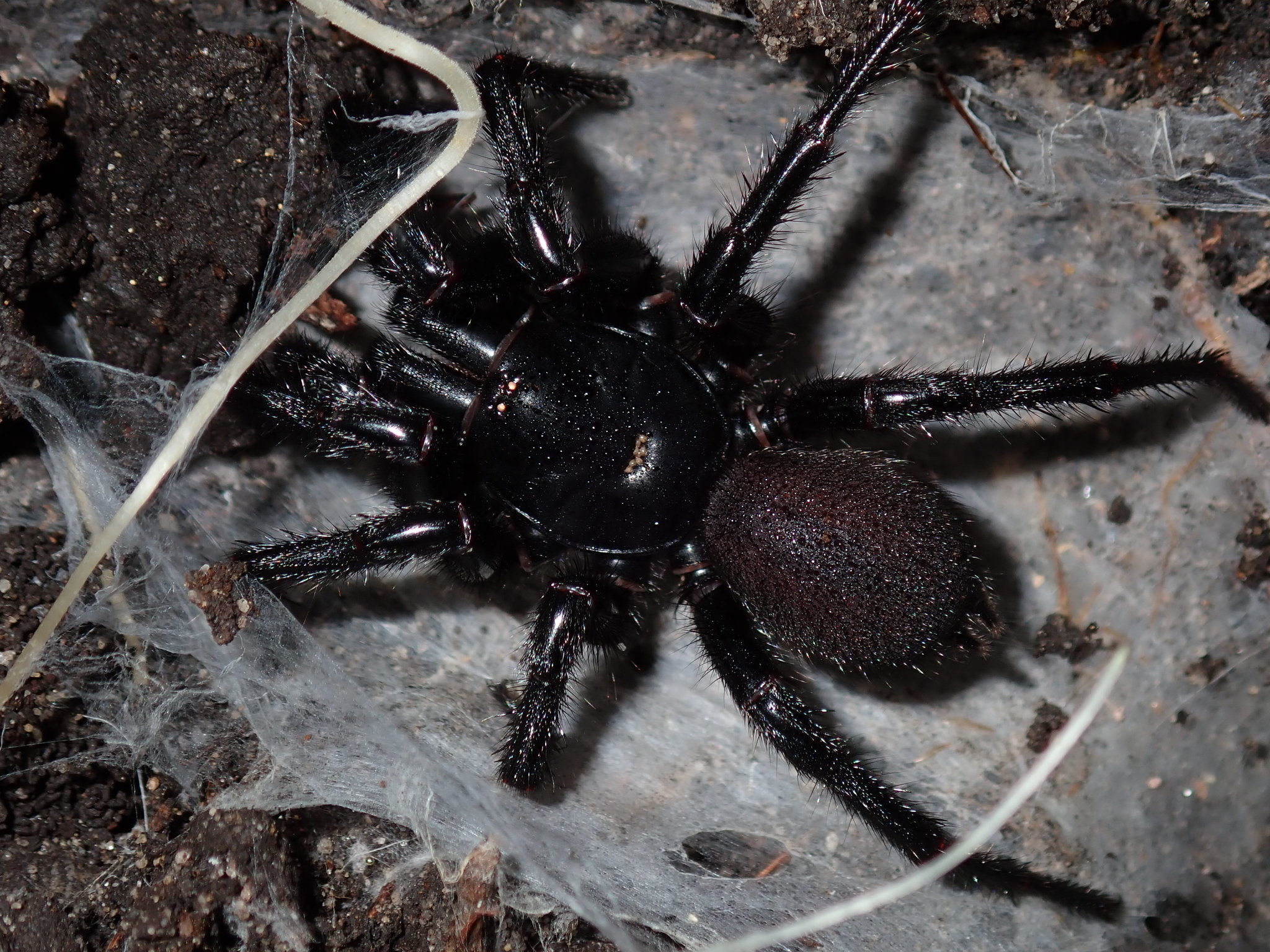 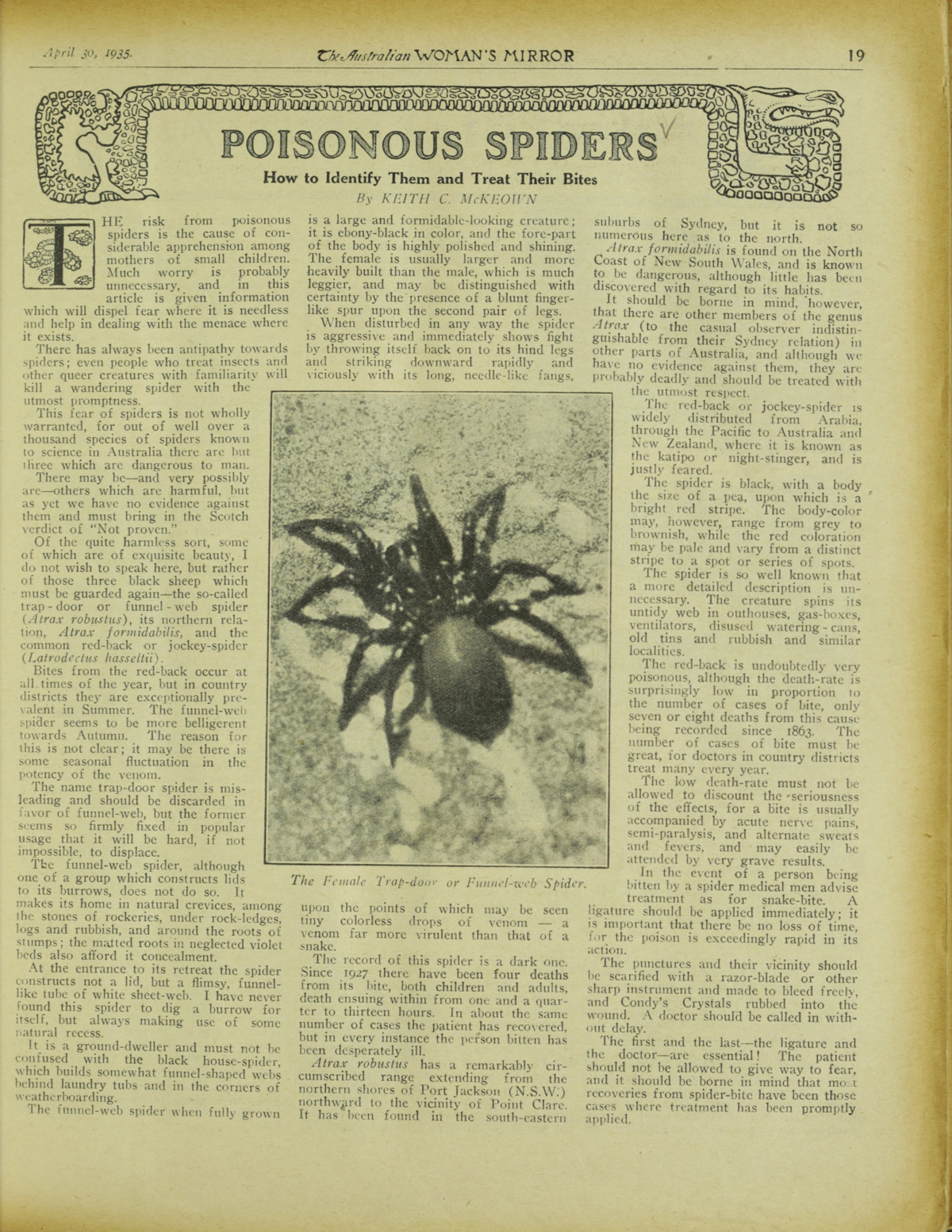