Small sandstone island in Sydney Harbour near Vaucluse with rock formations that were thought to look like a bottle and glass by early colonists. By the 1850s the formation was already described as having weathered to the point where the resemblance to the bottle and glass had disappeared, and by the 1880s it was rumoured that the rocks had been used as target practice by a man o war moored at Watsons Bay. In 1938 illegal quarrying took place, causing further collapse of the landmark. 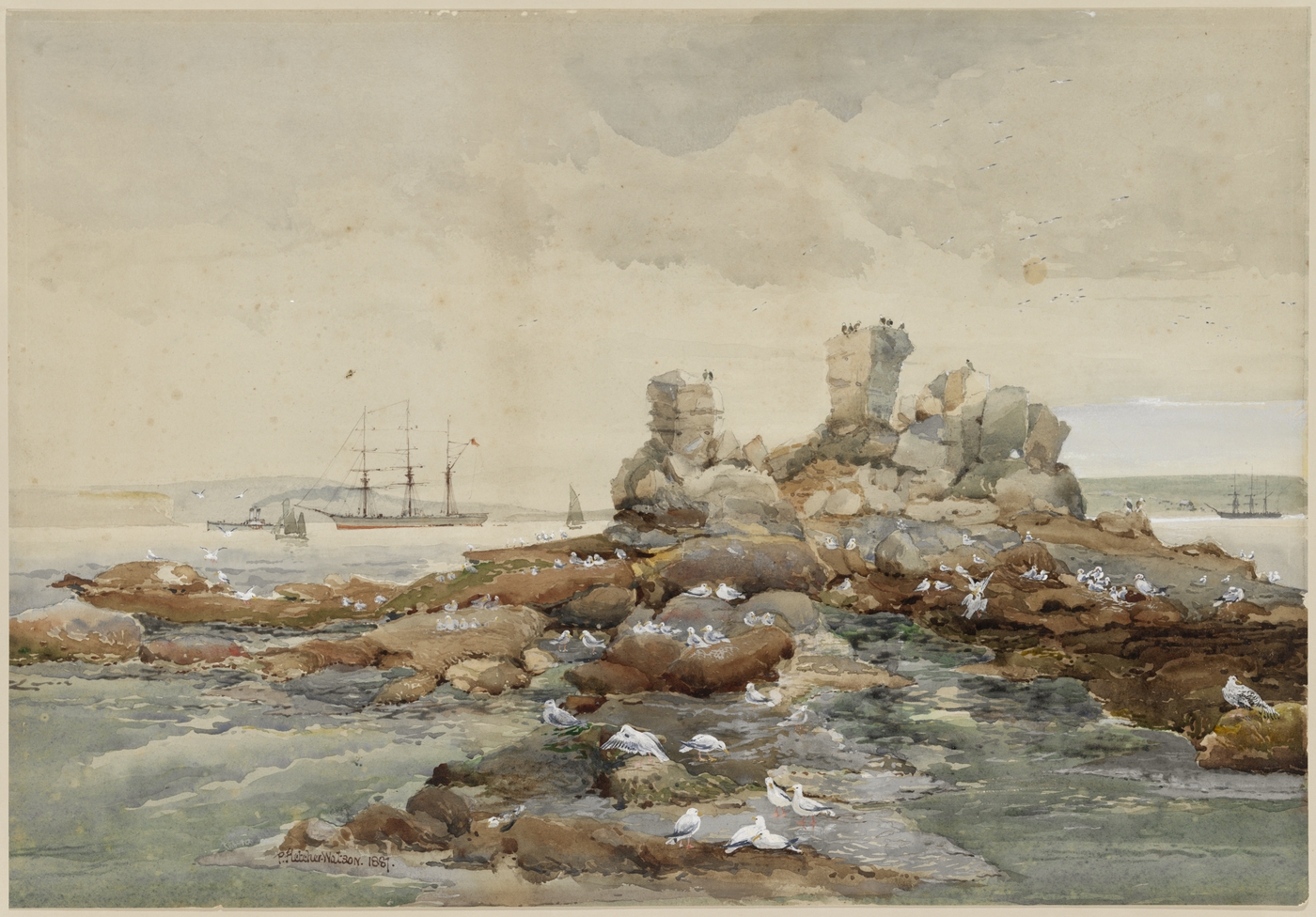 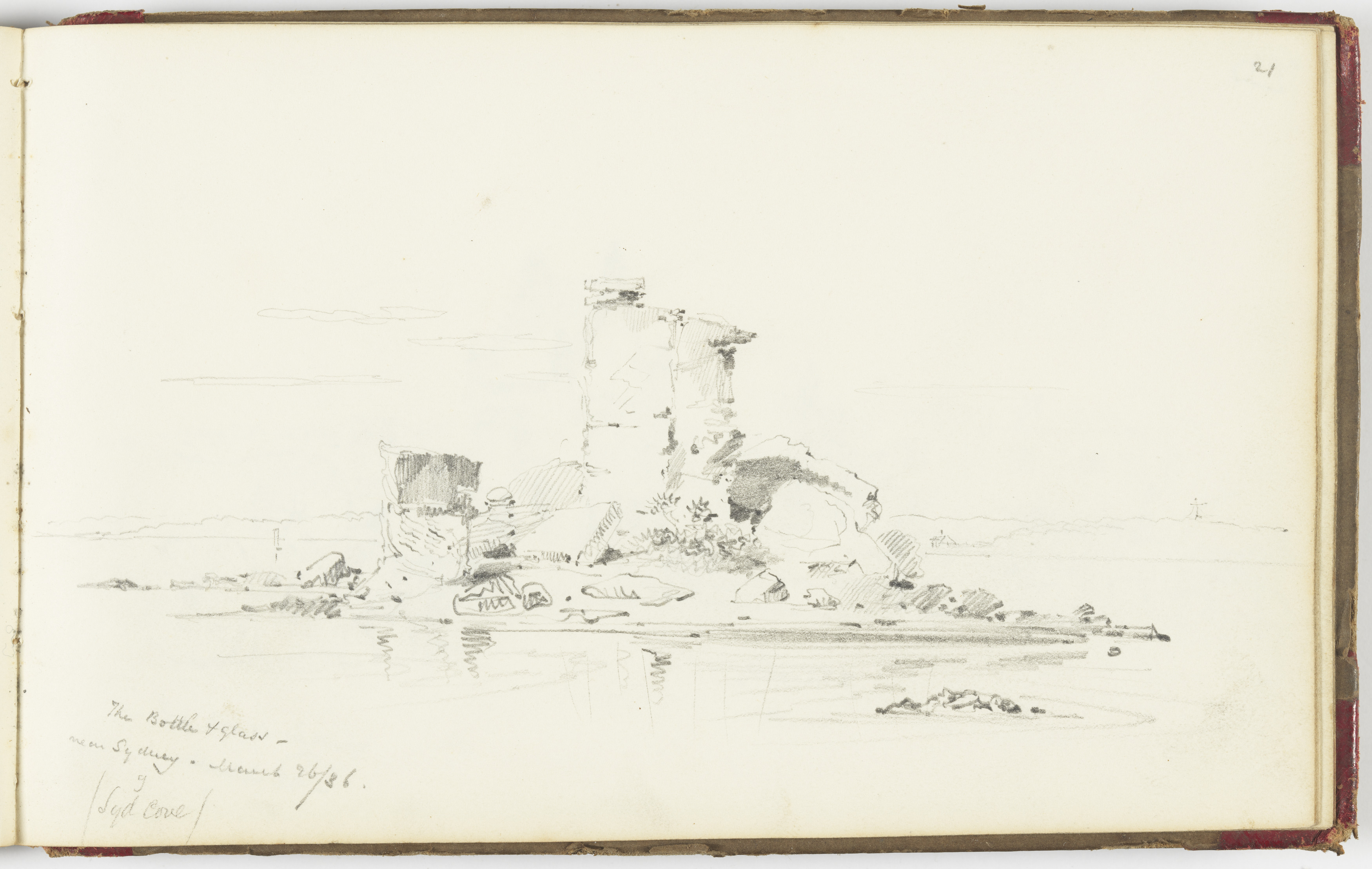 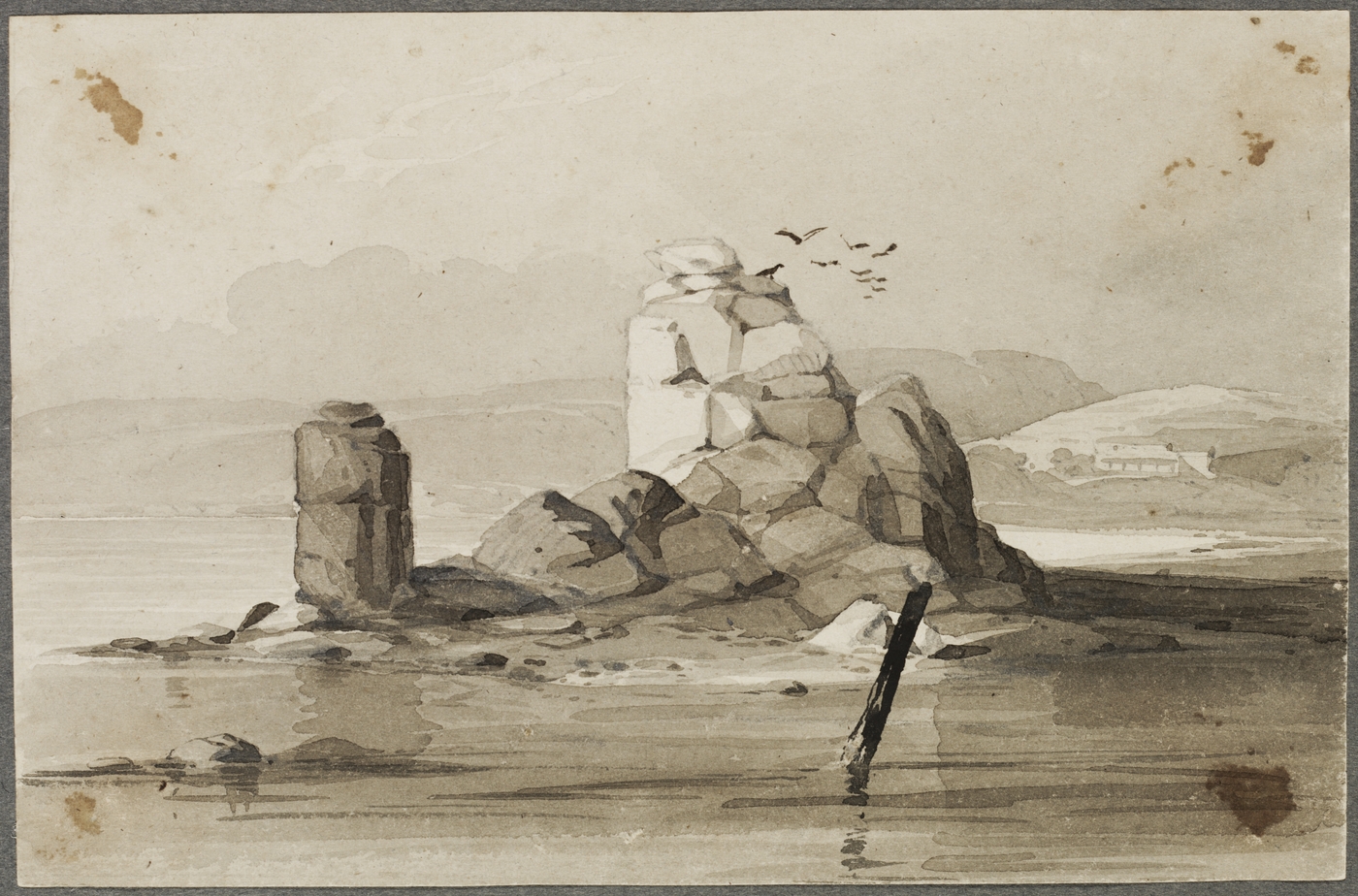