Czech journalist and communist who came to Australia in November 1934 as an anti-war and anti-fascism campaigner and spoke to large crowds at the Domain. Charged with being a 'prohibited immigrant', he was made to undertake the infamous 'dictation' test under the Immigration Restriction Act in Scottish Gaelic, which was not among the many languages he spoke, and he failed. His experiences here and eventual deportation in March 1935 lead to challenges to the Act. 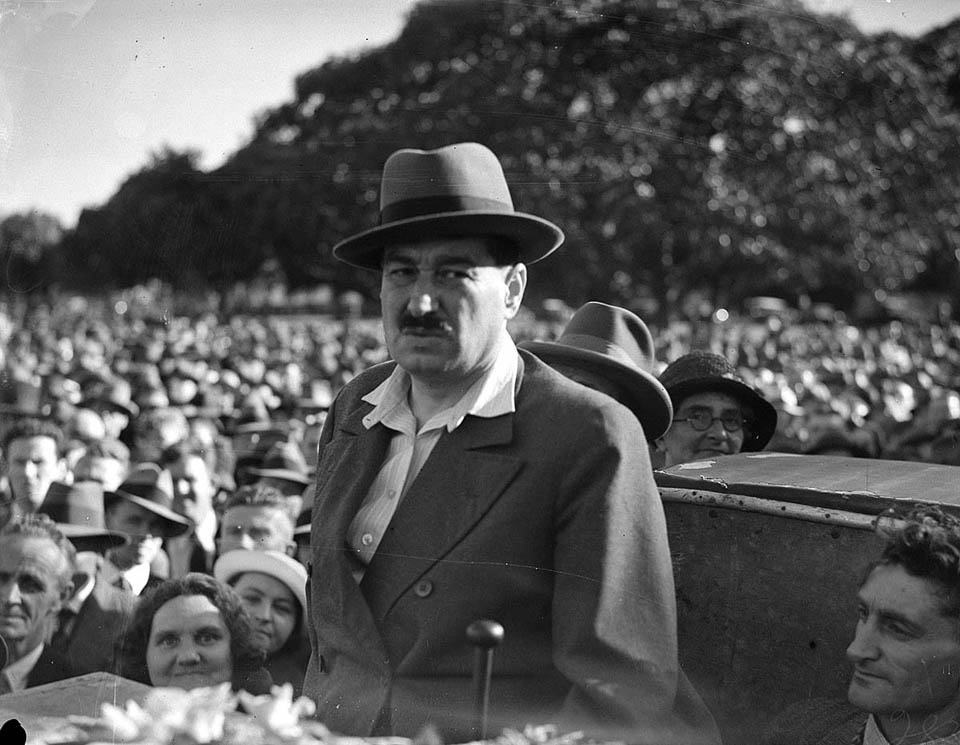