Skip to main content
The cultural centre of Sydney's Chinese community. Between 1909 and 1915 the Council built a new market complex at the head of Darling Harbour. Chinese traders and importers rented market space and stores, shops and restaurants followed. Rooms above these shops sometimes became home for the Chinese traders and for retired gardeners who were unable to return home. The precinct became run down by the mid 20th century; the numbers of Chinese dwindled and the markets moved out of the city. Chinatown was refurbished in the 1980s.
image 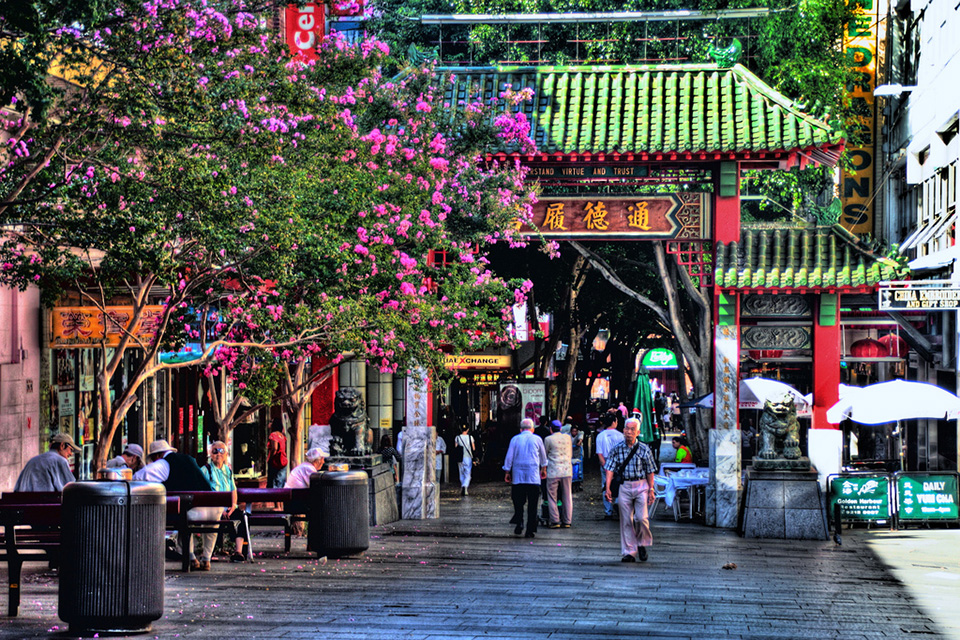 Sydney's first Chinatown was in lower George St, The Rocks, where Chinese businessmen settled in the 1850s, providing services to Chinese goldseekers on their journey to the goldfields. By the 1870s, the Chinese part of the city had moved to Haymarket where Chinese market gardeners came to sell their produce, staying overnight in Chinese lodgings in Surry Hills. Early twentieth century slum clearance, and the movement of the markets towards Darling Harbour, moved Chinatown again, to Dixon Street. 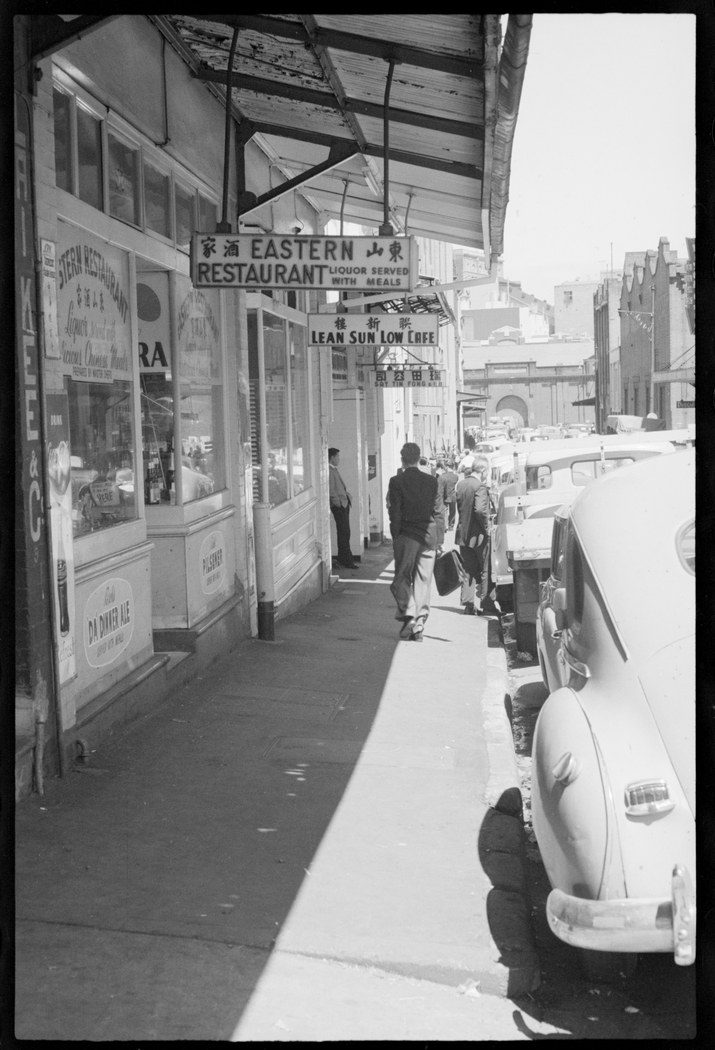