Inner western residential suburb. Named after a village on the River Thames west of London, it is surrounded on three sides by the Parramatta River and Abbotsford and Five Dock Bays. 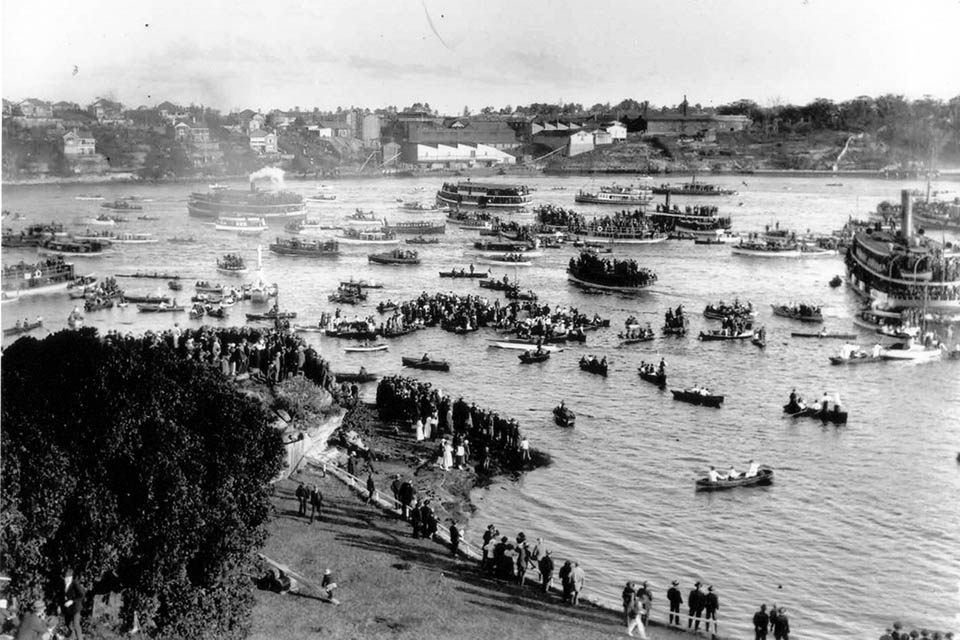