Pumphouse built for the Sydney and Suburban Hydraulic Power Company which from 1891 to 1975 supplied water under pressure to power machinery in the city including wharf cranes and heavy bank doors. As late as the 1970s, lifts and doors in some city buildings were still using this system. It has now been converted to a cafe. 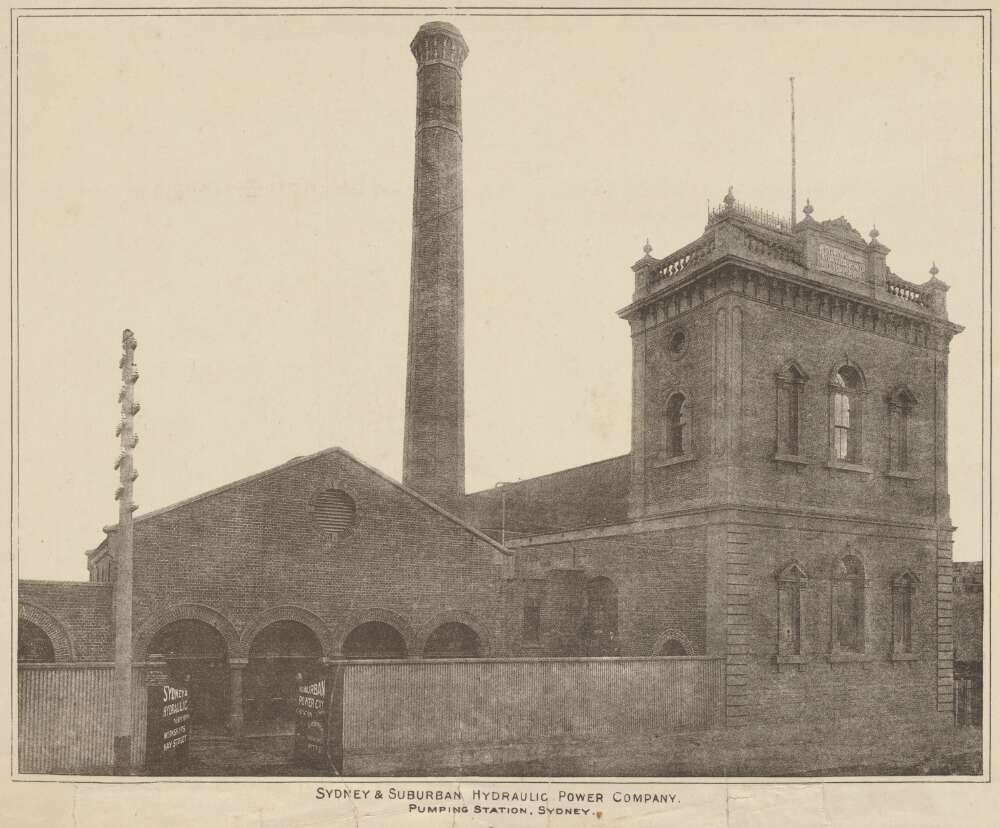 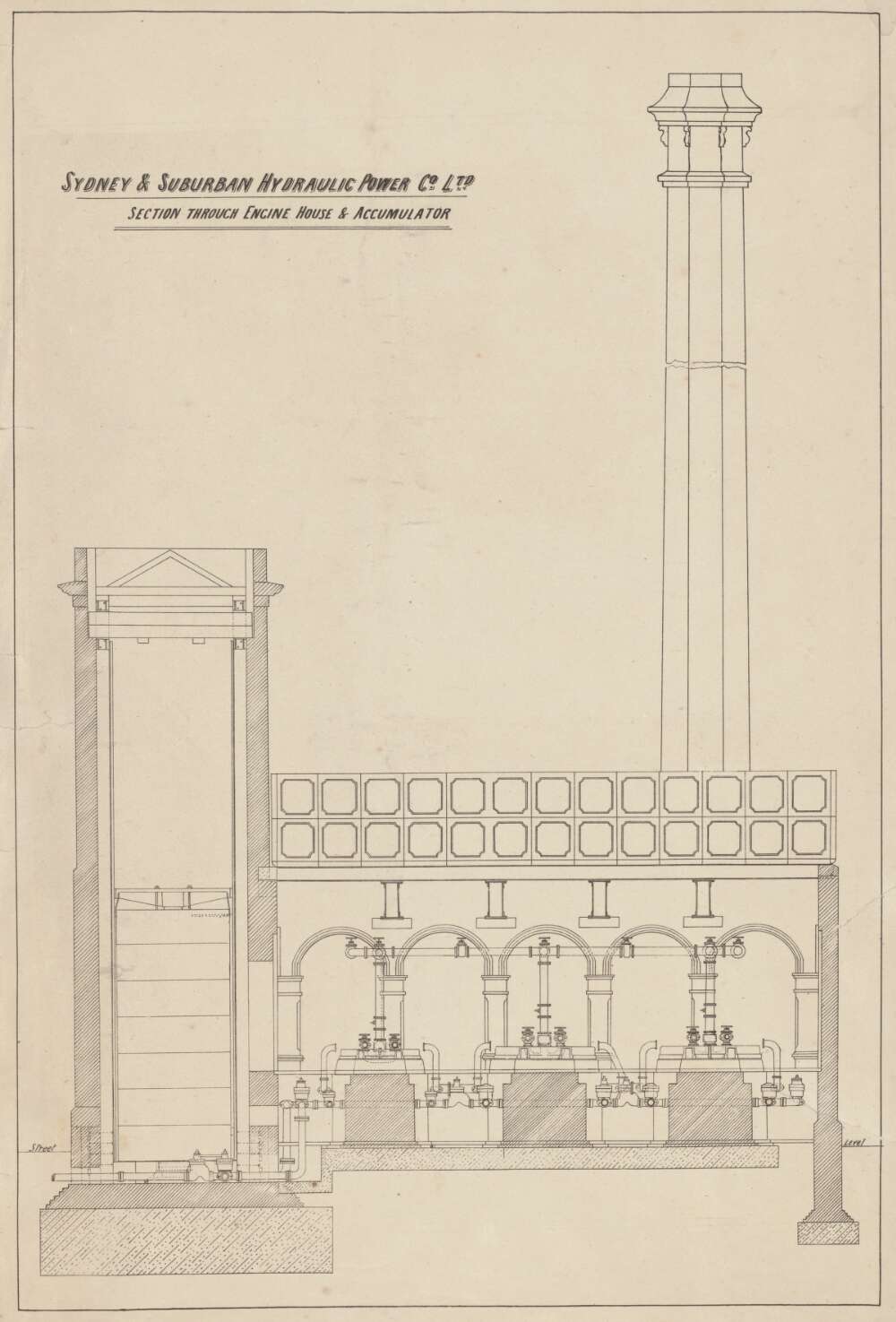