Ornate sandstone fountain on the corner of Allison Road and Church Street, Randwick, which supplied water for the use of local residents and horses from an underground spring. The fountain was carved out of Pyrmont sandstone by Walter McGill and established with the assistance of Randwick Council and public subscription. Four hundred children from the nearby Destitute Children's Asylum watched former mayor, John Dawson, break a bottle of water over the fountain at its opening in October 1866. The original St Jude's Well, which was situated opposite the fountain, was opened in 1858 but dried up soon afterwards. 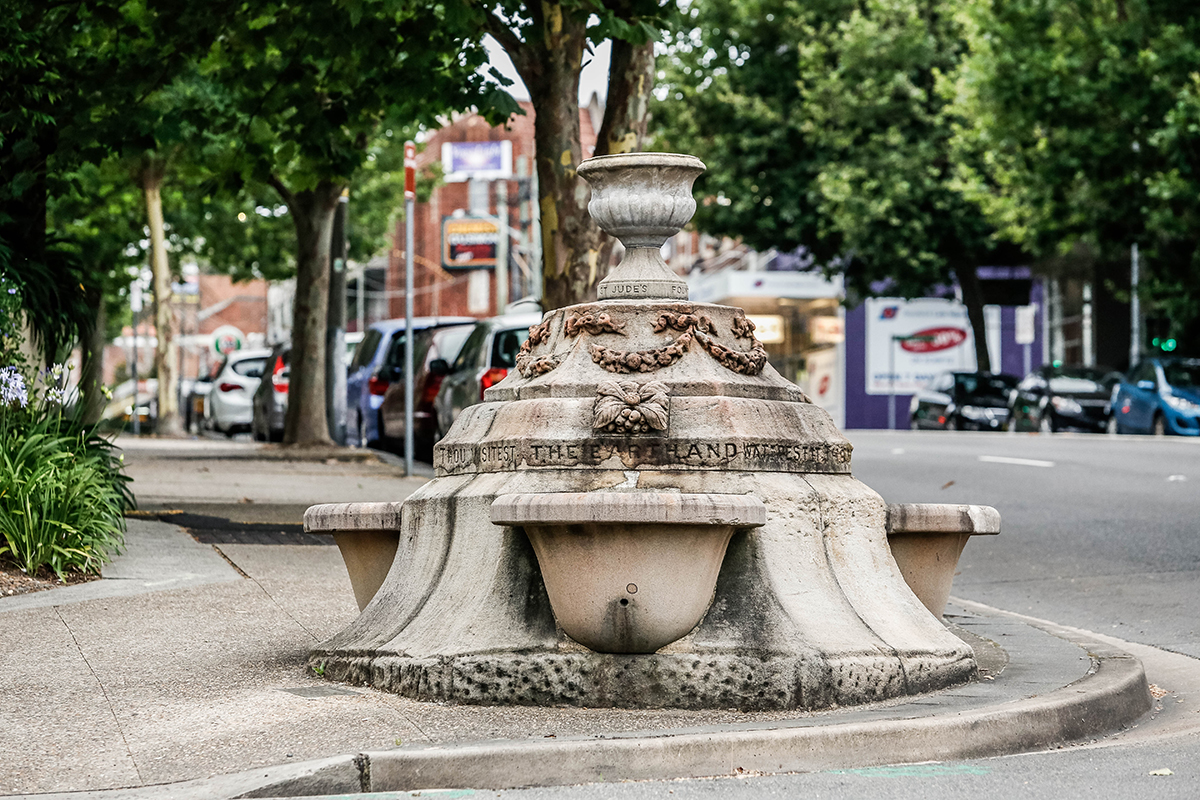