School building on block of land that ran between Elizabeth and Castlereagh Streets. Built in 1824 after the original plans for Macquarie's public Georgian School on the opposite corner were modified and used instead as the Supreme Court, King Street. The school began operating as Sydney Public School in 1824 and was occupied by the St James' School in 1829. The building was resumed by the state government in 1882 for the establishment of the Sydney Boys and Sydney Girls High Schools. The building was demolished in 1922. 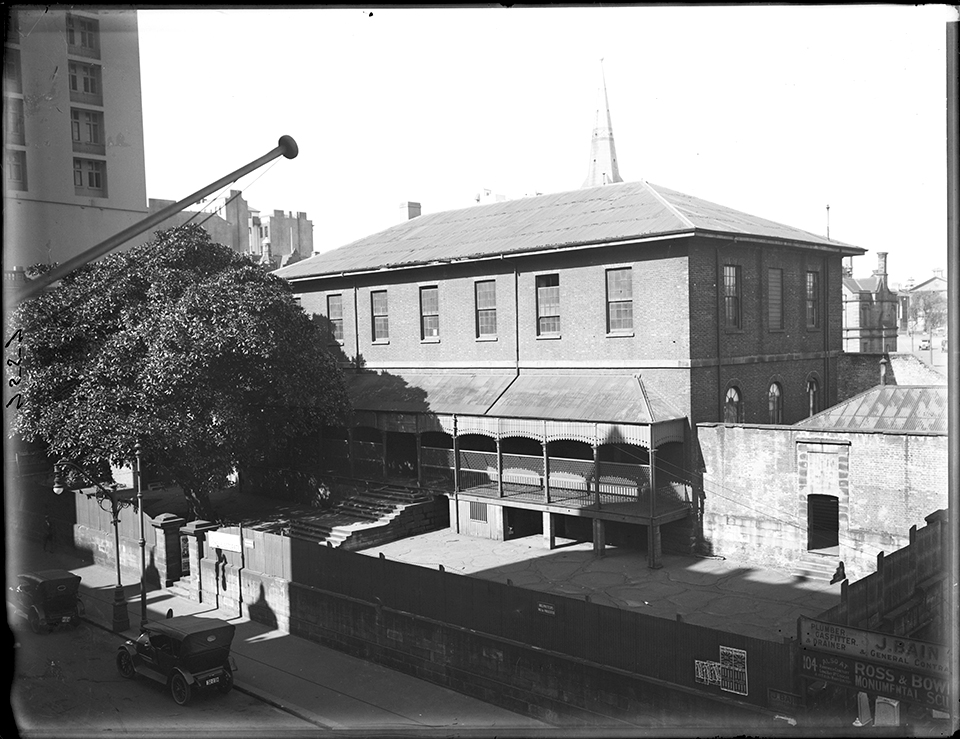