The Chinese lunar year is divided into 12 months of 29 or 30 days. Each year is named after one of 12 animals, and these 12-year cycles are continuously repeated. The Chinese zodiac allegedly originated with a race to determine the animals to be represented. The cunning Rat hitched a ride on the back of the Ox and crossed the winning line first. The Rat was followed (in order) by Ox (Cow), Tiger, Rabbit (Cat), Dragon, Snake, Horse, Ram (Goat, Sheep), Monkey, Rooster (Chicken), Dog and Pig (Boar). According to the Chinese zodiac, people take on the characteristics of the animal associated with their birth year.

The Chinese New Year occurs on the first day of the first month of the lunar calendar which usually falls in February on the Gregorian (Western) calendar. Festivities continue for 15 days during which people wear red (symbolising fire to drive away bad luck), give children 'lucky money' in red envelopes, and set off firecrackers. Families unite at a communal banquet to give respect to departed ancestors. The ceremonies end with the Lantern Festival when people hang decorated lanterns in temples and parade with lanterns under the light of the full moon. The highlight is often the dragon dance featuring silk, paper and bamboo dragons up to 30 metres long.

Celebrating at home and abroad

Many Sydneysiders with Chinese connections travel to family celebrations throughout China and South East Asia. This kind of travel is not new. In April 1881 when a higher than usual number of Chinese arrivals in Sydney generated some anti-immigration sentiment, the officials who understood shipping movements were quick to point out that this was just the usual upsurge of returnees following Chinese New Year.

Chinese [media]people who remained in Sydney have celebrated traditional Chinese festivals and funerals in their own communities since the 1860s. Although they were regarded with suspicion and prejudice by many non-Chinese, celebrations at the two old Chinese temples in Alexandria and Glebe were reported by mainstream newspapers, and older people recall lion dances in Botany Road up until the 1930s. But with a declining Chinese population, these traditions faded, and it is only since the refurbishment of Chinatown as a tourist destination in the 1980s that Chinese New Year has become significant to the wider population. As Chinese and Asian communities that follow Chinese traditions have increased in number, festivities have spread to suburbs including Cabramatta, Parramatta and Hurstville. 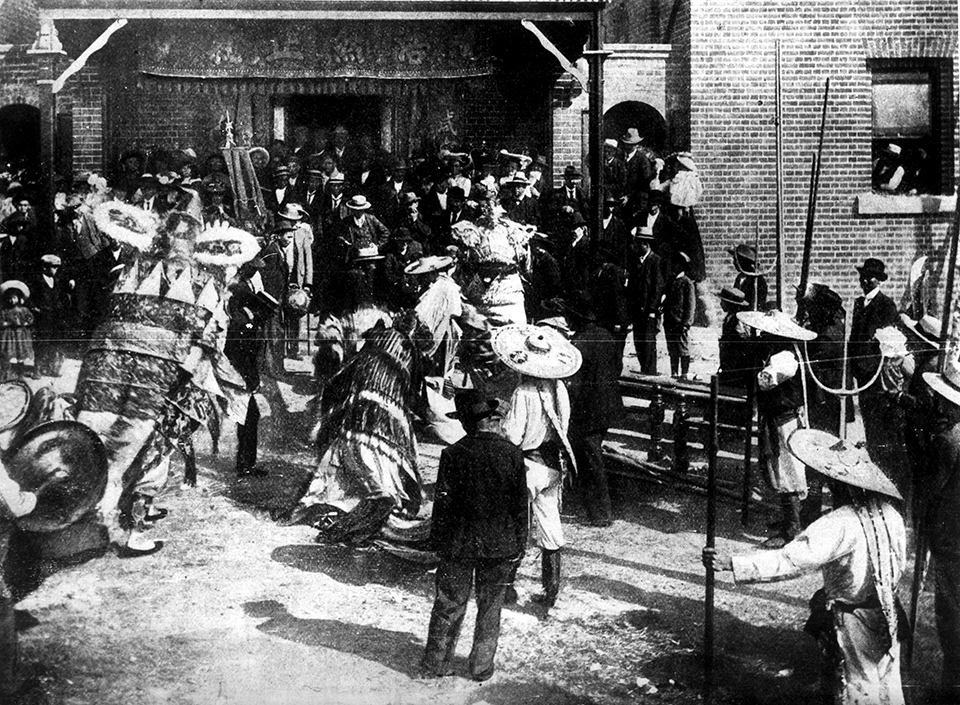 [media]The City of Sydney's Chinese New Year Festival has become the largest celebration of the Lunar New Year outside Asia, and a major event in the city's calendar. 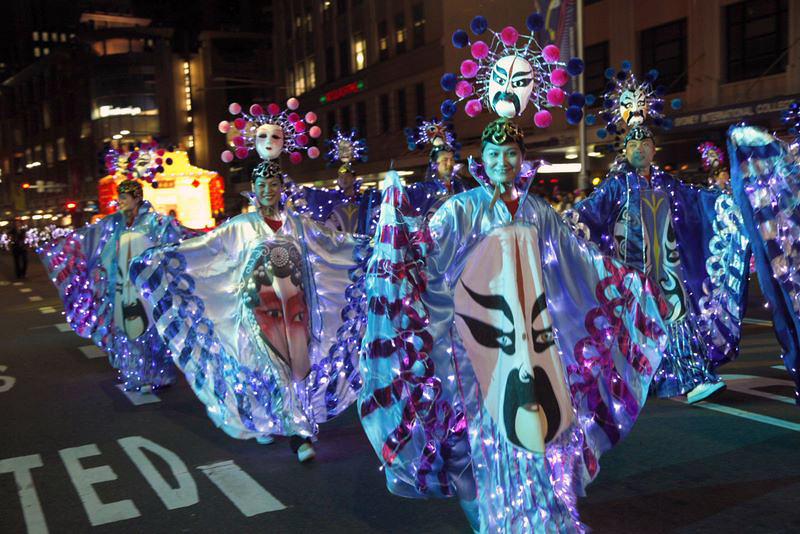 2007 was the twentieth anniversary of Sydney's sister-city relationship with Guangzhou and was marked by the visit of a performing troupe from Guangdong. Celebrations now include entertainment by Australian and Chinese performers, Chinatown markets, shopfront decorations, dragon boat races, and a stunning Chinese New Year Parade, featuring floats inspired by the different Asian communities who celebrate the Lunar New Year. The events attract large crowds of locals and international tourists from around the world. These days it's not only Chinese people who wish each other good fortune and prosperity with the words kung hei fat choy or gong xi far tsai (Happy New Year).