[media]When the convict colony of New South Wales was established in 1788, supplies of food and other goods were to be provided to the colonists – the convicts and their gaolers alike – from a Commissariat store. This was an arm of the civil administration responsible for the supply of goods to colonial establishments within the British Empire. 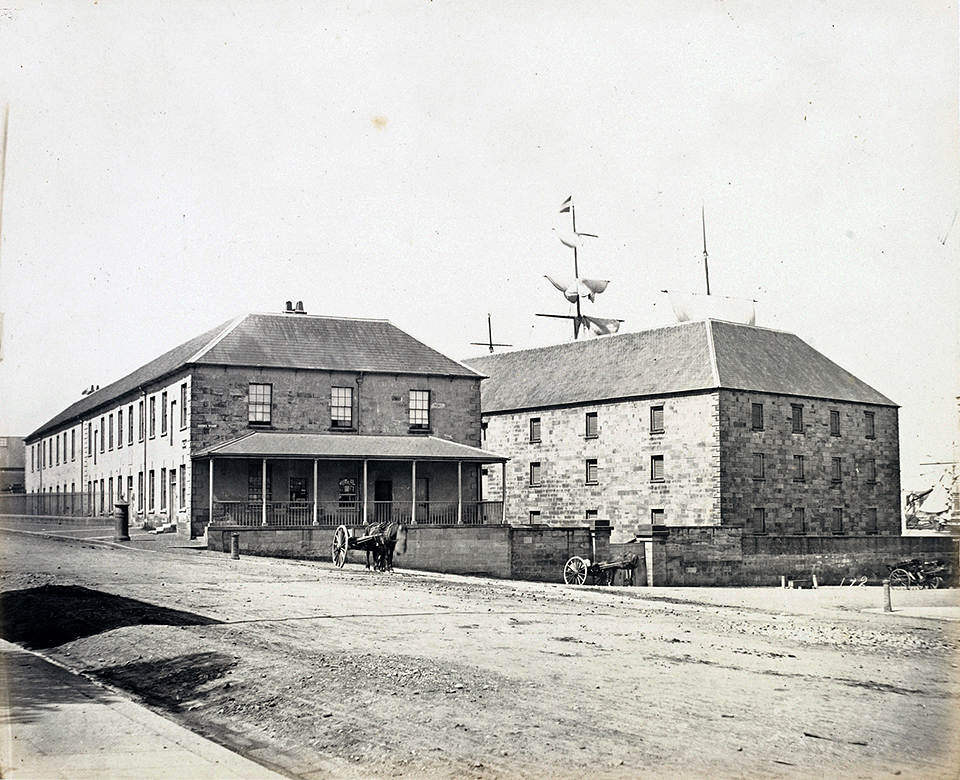 The Commissariat held a strategic role in the economy of the early colony. Its function was to supply and store foodstuffs and other necessities – including liquor, hardware and other goods – for the population. Though this role diminished over time, it was significant within both Sydney Town and the colony for many decades.

In the early years, the Commissariat was the only buyer available for the produce of the colony. And because it had access to credit in Britain, via the use of Treasury Bills to pay for overseas purchases, it was an important avenue of finance. This was later important for the development of commerce, banking and even agriculture in the colony.

Due to the initial lack of ready cash in the colony, and the high credit rating of the Commissariat, its store receipts and bills of exchange were used as currency for many years, until the introduction of enough circulating cash in the form of the 'holey dollar' and the 'dump'. As a result, the Commissariat played a very significant role in the development of the colonial economy as it moved from a convict to a market system.

The first Commissariat building was probably designed in 1809 and built c1810. Under Governor Macquarie a second Commissariat store was built in 1812, as part of the rearrangement of the store's function and role, and was completed just before changes to the organisation and running of the Commissariat occurred. These changes took control from the Governor and placed it with the Lords Commissioners of the Treasury in London, as part of the army commissariat.

But by 1815 the role of the Commissariat was again changing, and Macquarie abolished the custom of supplying the needs of the inhabitants from the Commissariat on credit. This protected the government from a large number of bad debts, and Macquarie felt that 'All their wants may now be fully supplied by the Free Merchant Shipping, frequenting this port from England and other countries'.

The first Commissariat Store was a U-shaped building constructed on the western shoreline of Sydney Cove. The 1812 building was constructed to the west of the first, next to George Street. This latter building, which appears on various plans as Naval stores or Ordnance stores, was a long rectangular structure and is almost covered by the footprint of the Museum of Contemporary Art building (formerly the Maritime Services Board Building). The 1812 foundation stone was placed in a nearby park as part of the landscaping works when the Maritime Services Board Building was constructed during the 1940s.