Foundation of the Salvation Army in Sydney 1882-83

To [media]many in Sydney, the Salvation Army is a multi-faceted organisation that touches the lives of countless people in the community. Its influence reaches not only those who are disadvantaged or in need, but also into areas of government and corporate operations. Many of the programs and innovations reflected in today's Salvation Army were spontaneous responses to human needs, motivated by love for God and man, rather than the result of lengthy analysis and planning. 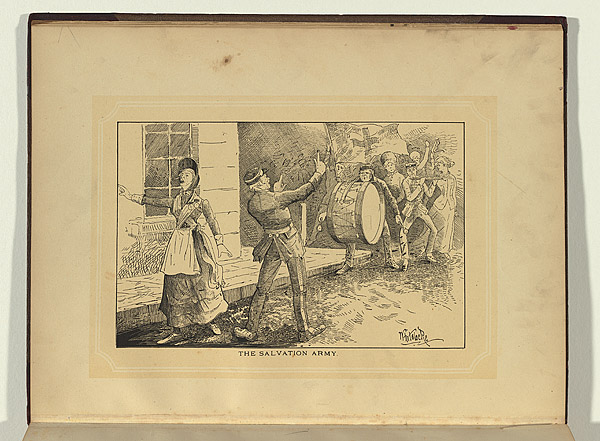 On 2 July 1865 William Booth, a Methodist minister, began work in the East End of London with an organisation known then as the Christian Mission. [1] The inauspicious beginnings belied the enormous impact of the organisation that grew out of them to become the Salvation Army. Within a few years, what began as a local mission in a destitute area of London was to reach around the world with its dual message of spiritual and social salvation.

Salvation Army ministry in Australia was born in a uniquely Salvation Army form: in the open air and, in a typically Australian style, under a gum tree in a park in the City of Adelaide. Adelaide seemed a natural site to launch the mission and ministry of this new religious movement, even on 5 September 1880 when two immigrant English Salvationists John Gore and Edward Saunders held their first meeting, as the city was ringed with churches. With the arrival in Adelaide of Captains Thomas and Adelaide Sutherland from International Headquarters in London aboard the SS Acoucagua on 17 February 1881, the Salvation Army began to grow at a surprising rate.

In 1882, as the fledgling Salvation Army became further established in Australia, its progress in Sydney had certainly not paralleled that of Adelaide. The faithful preaching of the Army's message by young Salvationist tailor Thomas Mudiman in the Sydney Domain failed to attract any significant following. [2] Perhaps this should not have been surprising, for after all, Sydney had a different history from Adelaide. While Adelaide was a free city, established by immigrants and free settlers, Sydney was Australia's first colony settled by convicts. Although the transportation of convicts to Sydney had ceased in 1840 and many Sydneysiders were now freeborn citizens, the brutal and oppressive treatment received at the hands of the British authorities was still in living memory, and the spectre of their convict ancestry hung over them.

In 1882 the [media]central attraction in Sydney on a Saturday night was Paddy's Market. Here, in the open, were an assortment of merry-go-rounds, sideshows, saveloy sellers, farmers with produce and animals for sale, second-hand dealers, craftsmen and members of the rag trade. A decision by Governor Bourke in 1834 to site markets in Campbell Street, Sydney, and allow them to remain open until 10 pm on Saturdays, provided Sydney with a hub of exciting and fascinating activity. It was the ideal venue for a family night out; a colourful, noisy environment where Sydneysiders relaxed and shopped. It was to this boisterous and chaotic surroundings on 2 December 1882 that Captain Thomas and Mrs Adelaide Sutherland and their little band of Salvationists came to 'open fire' on Sydney, with the words of the song 'We're a Band that Shall Conquer the Foe'. The choice of a busy marketplace to launch the Salvation Army in Sydney was not surprising, for Army strategy had always been to go where the people are. 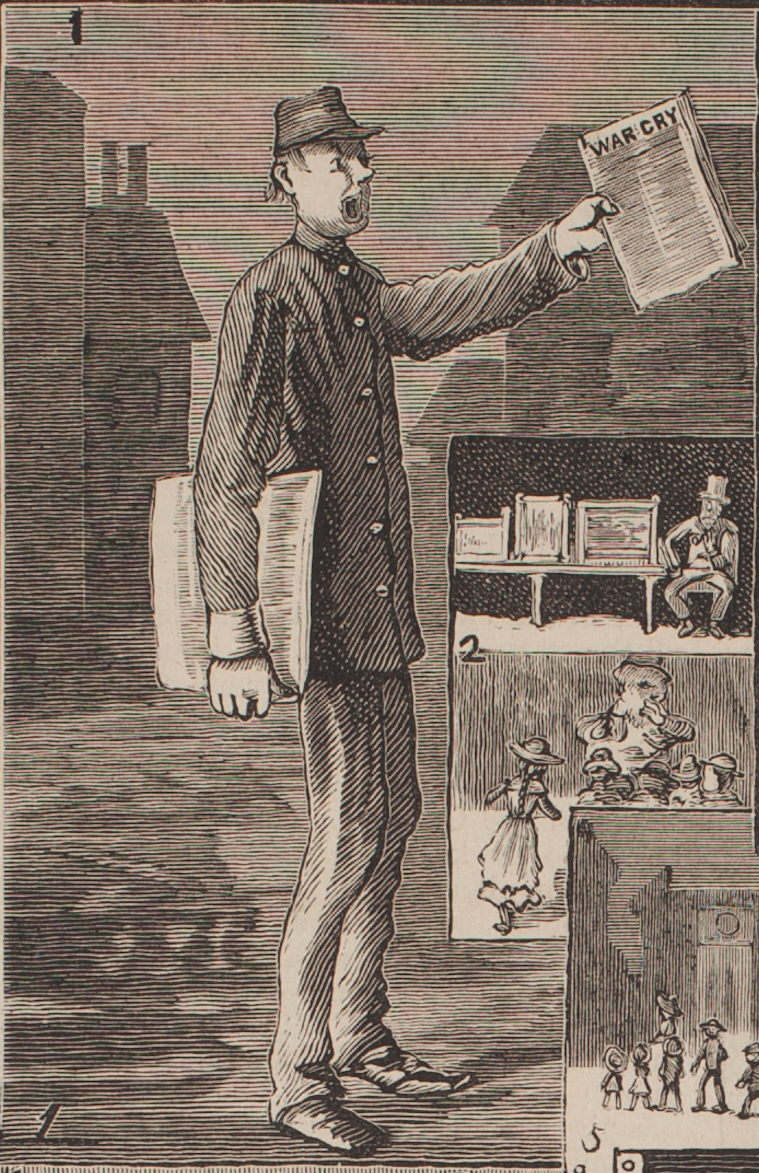 An [media]advertisement in that day's Sydney Morning Herald gave notice of a meeting to be held the following day, Sunday 3 December 1882, in the Protestant Hall, Castlereagh Street. However, following good Salvation Army tradition, the little band of Salvationists decided to hold an open-air meeting where the people were, on Saturday evening at Paddy's Market. With the sound of tambourine, cornet, euphonium and drum, the little band of Salvationists no doubt attracted much attention among the strident voices of the sideshows, spruikers and produce sellers. It was probably an energetic and raucous experience since Captain Tom Sutherland seems to have lost his voice and was unable to preach the following day, his place being taken by his wife Adelaide. Bolstered by the arrival of fellow Salvationists from Adelaide, the once solitary Sydney Salvationist, Tom Mudiman, took his place on the door. [3] With the addition of the Adelaide contingent, the Army had established its presence in the city of Sydney. However, in the narrow confines of the inner city, the open-air meeting and march drew opposition and persecution from the Sydney 'larrikins'. During one skirmish with larrikins, an attempt was made to seize the Salvation Army flag. Grabbing the flag and wrapping it around her body, Mary Ann Cox dared the crowd to take it away from her. The larrikins quickly receded. [4] 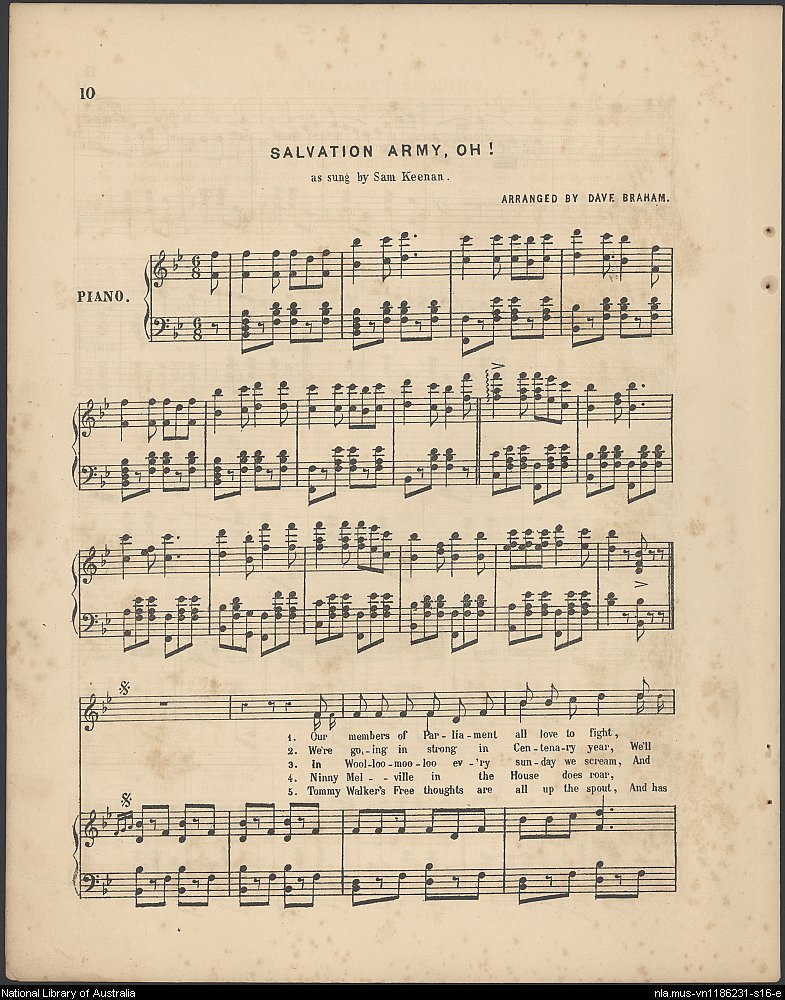 The Sydney [media]press was not very complimentary about the presence of the Salvation Army in the city. Influenced by English reports from the Contemporary Review, reprinted in the Sydney Morning Herald, the image of the Army was that of a rowdy and peculiar rabble. 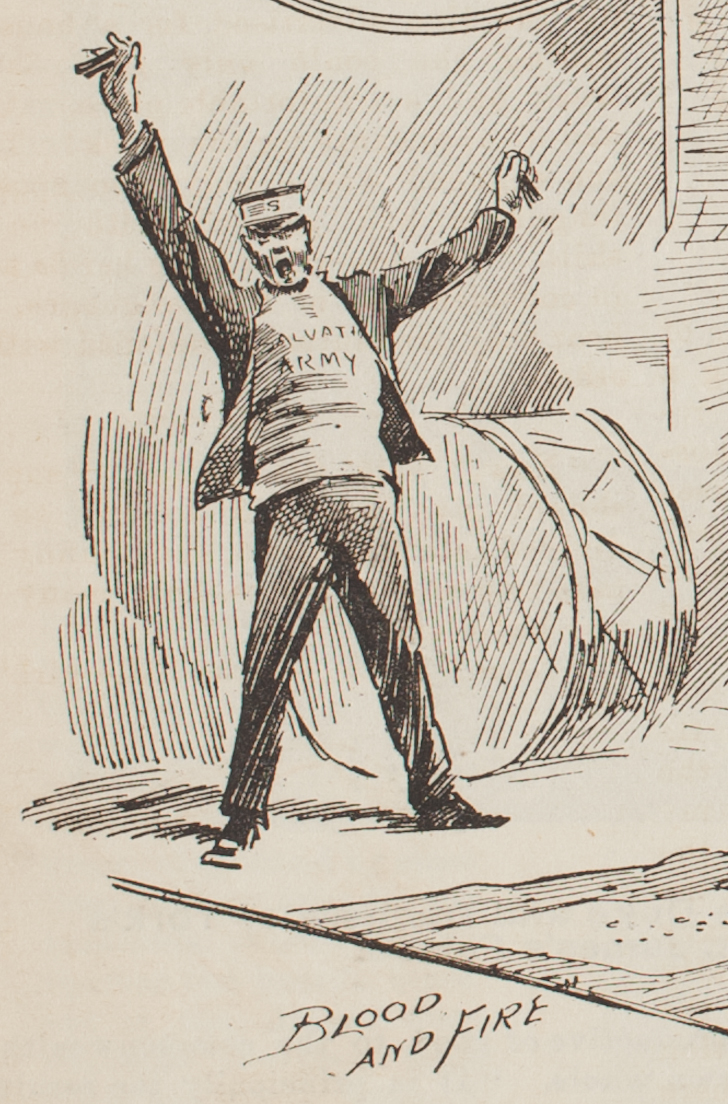 Mrs Frances Power Cobbe, who, while admitting that the adoption of the temperance agitation by the Army has given it a practical aim, yet condemns the Army for its characteristic features in propagating Christianity by “rowdy” means. "I suppose," she writes, "that no one will dispute that this rowdyism really prevails in the procession, hymns, services, and publications of The Salvation Army. There is no attempt on the part of its leaders to soften the fact that 'aggressive religion' involves compelling the attention of the unconverted, whether they will hear or whether they will forbear."

Of the proceedings of the Army there's no doubt much to be said on both sides, but we trust, and indeed we feel satisfied, that among the lower classes of all communities which form the Australian people, there will be found no necessity for some of the peculiar preaching and singing of the Army towards conversion which is used in the congregations of London roughs. [5]

Despite the opposition and persecution, and the indifferent press, Salvation Army ministry continued to progress with the establishment of Sydney 1 Corps, later to meet at Sydney Congress Hall. A second corps was opened at Newtown on 1 April 1883. During 1883 pioneer Salvationist Edward Saunders was appointed as Officer-in-Command of Newtown Corps. [6] Drawing on his building background, Saunders set about constructing a much-needed hall which was opened on 15 March 1884. [7]

Reporting on the 'commodious barracks for the Newtown contingent of The Salvation Army' in the Sydney Morning Herald on 20 March 1884, an article gave a detailed account of the building and its opening meeting. It was obvious that the attitude of the press had changed significantly over the intervening period.

Mr. N. Melville, MLA, on taking the chair, was warmly applauded. He referred to the early days of the Army in Newtown. The few have multiplied and had become a thousand. The Army had accomplished what other organisations had failed to do; they had taken the Scriptures to the fallen, and had been the means of raising them up. Looking around that platform, he could see some of those who had been rescued, and were now fit to associate with. He cared not by what means the good was done; if the Army and its leaders realised that a certain course was their duty, it would receive his adhesion. To the credit of the Newtown Borough Council be it said that the Salvation Army and its band had been allowed to parade in its streets without hindrance. [8]

Sydney 1 Corps was [media]soon to follow, with the building of its own meeting hall in Goulburn Street, Sydney. On 9 October 1884 the foundation stone was laid on land offered to The Salvation Army on a five-year lease, with the first year free of rent. 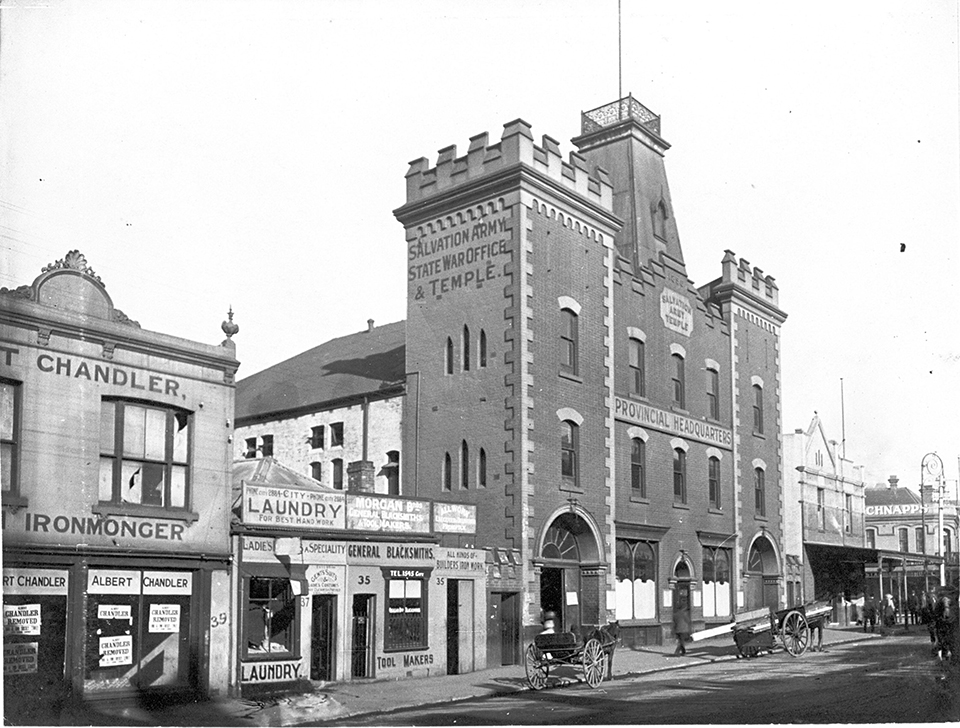 The first issue of an Australian War Cry, produced in Sydney, reported that the Salvation Army had also commenced work in Newcastle, with a meeting in the Victoria Theatre on 12 May 1883. [9] The meeting, led by Captain Tom Sutherland and Captain John Veitch, established Newcastle Corps. This was followed by other corps in the Hunter area, at Hexham and East Maitland. The same War Cry also reported on the opening of new corps at Balmain (1883) and Paddington in Sydney (1885).

Despite [media]initial opposition, the army's strategy to take the church to the people, together with the tenacity of its early leaders, meant that by 1885 the Salvation Army had established a strong presence in Sydney. Today this presence has grown to 54 corps (churches) and numerous welfare establishments and programmes across the Sydney region and has impacted countless lives in the name of Christ. 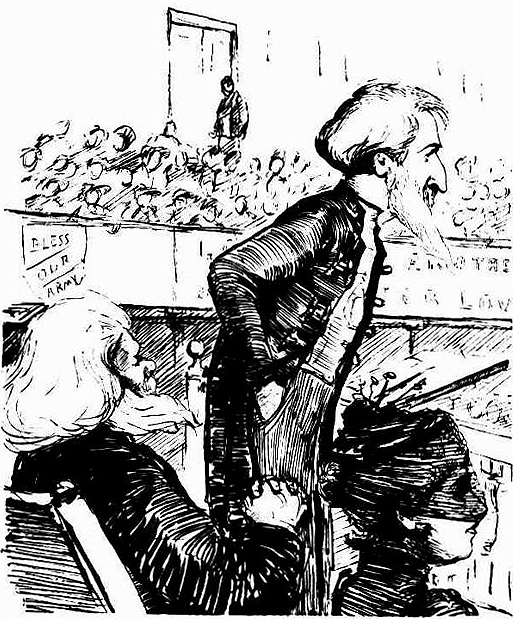