[media]In the early days of the colony, foreign coins were common, and necessary, parts of the currency. 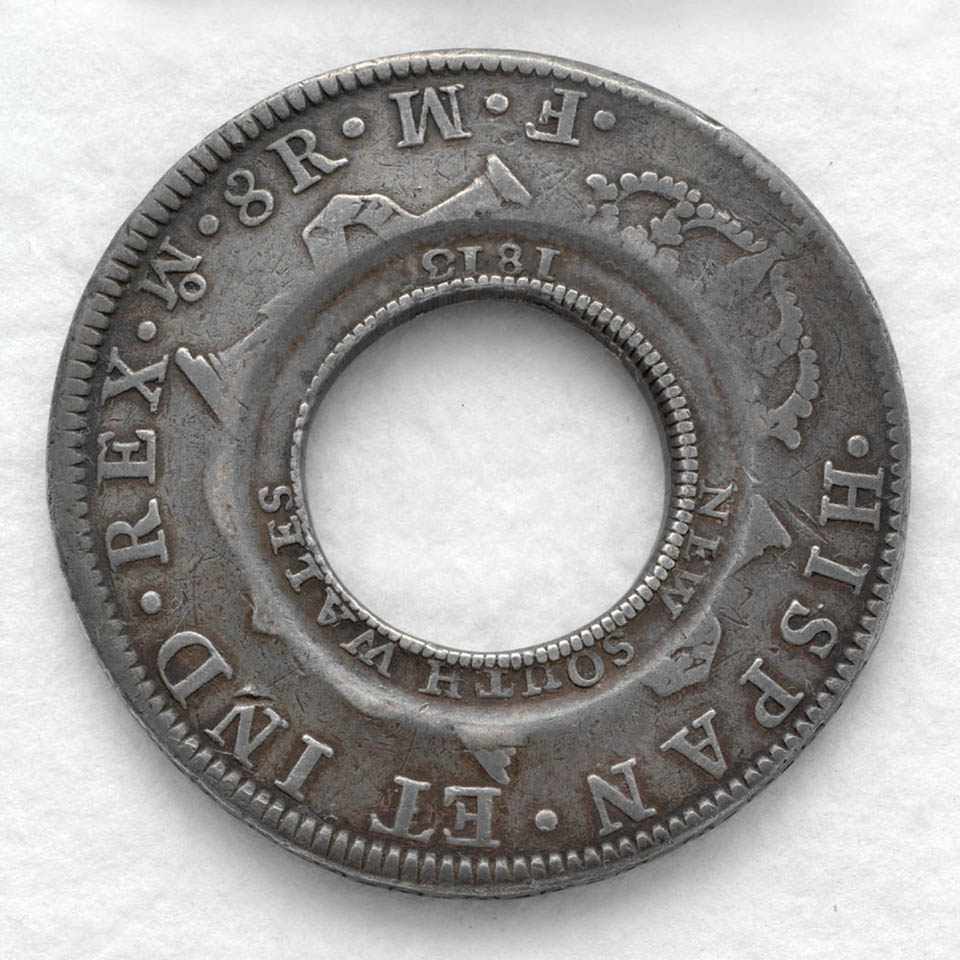 Between 1600 and 1800 most of the states of western Europe were heavily influenced by a policy usually known as 'mercantilism', by which each nation tried to achieve economic self-sufficiency, and measured its economic health by the amount of precious metal – gold or silver – that it possessed. The rise of a money economy over the same period created demands for the precious metals to be used for coinage; but conflicting ideas meant that coins were often in short supply, as various nations tried to hold onto their bullion, rather than convert it into coins.

[media]To deal with this problem, in 1704 Britain's Queen Anne proclaimed that captured Spanish dollars were officially acceptable currency in her North American colonies. To prevent the re-exportation of these coins from Trinidad in the British West Indies, a proclamation was issued in June 1811 permitting the circulation of both a 'cut dollar' and the centre, or dump, from the cut dollar. This cut dollar was to become known as the holey dollar: it was valued at nine shillings, and the dump at one shilling. 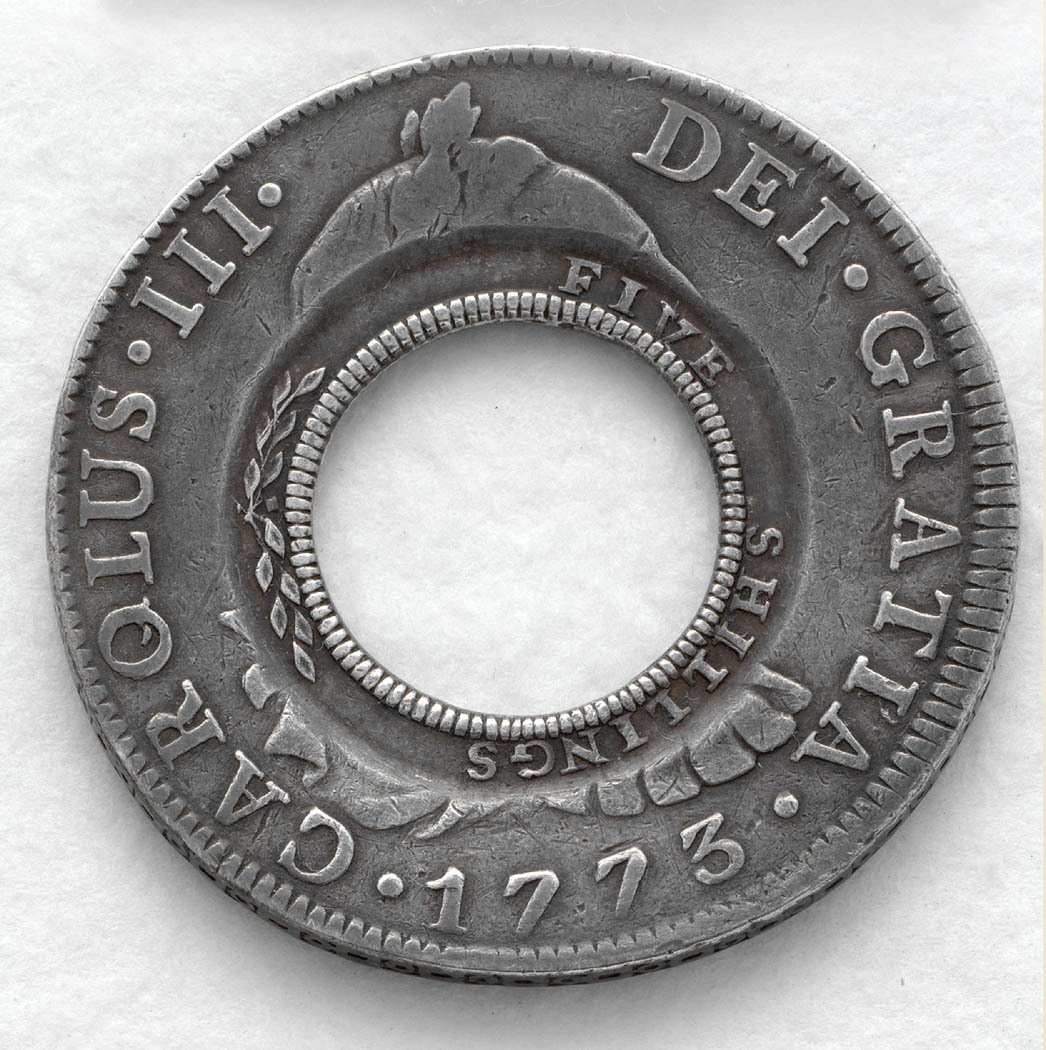 [media]The administrators of the convict colony of New South Wales, established in 1788, soon found that their own sterling coinage was often 'exported', to pay for goods and supplies from merchant ships arriving from the Americas, Asia or the Cape. So the practice of producing two 'local' coins by punching one from the original was implemented by Governor Macquarie, who took office in Sydney in 1810; a special shipment of 40,000 Spanish dollars was brought into the colony from Bengal later the same year for this purpose. 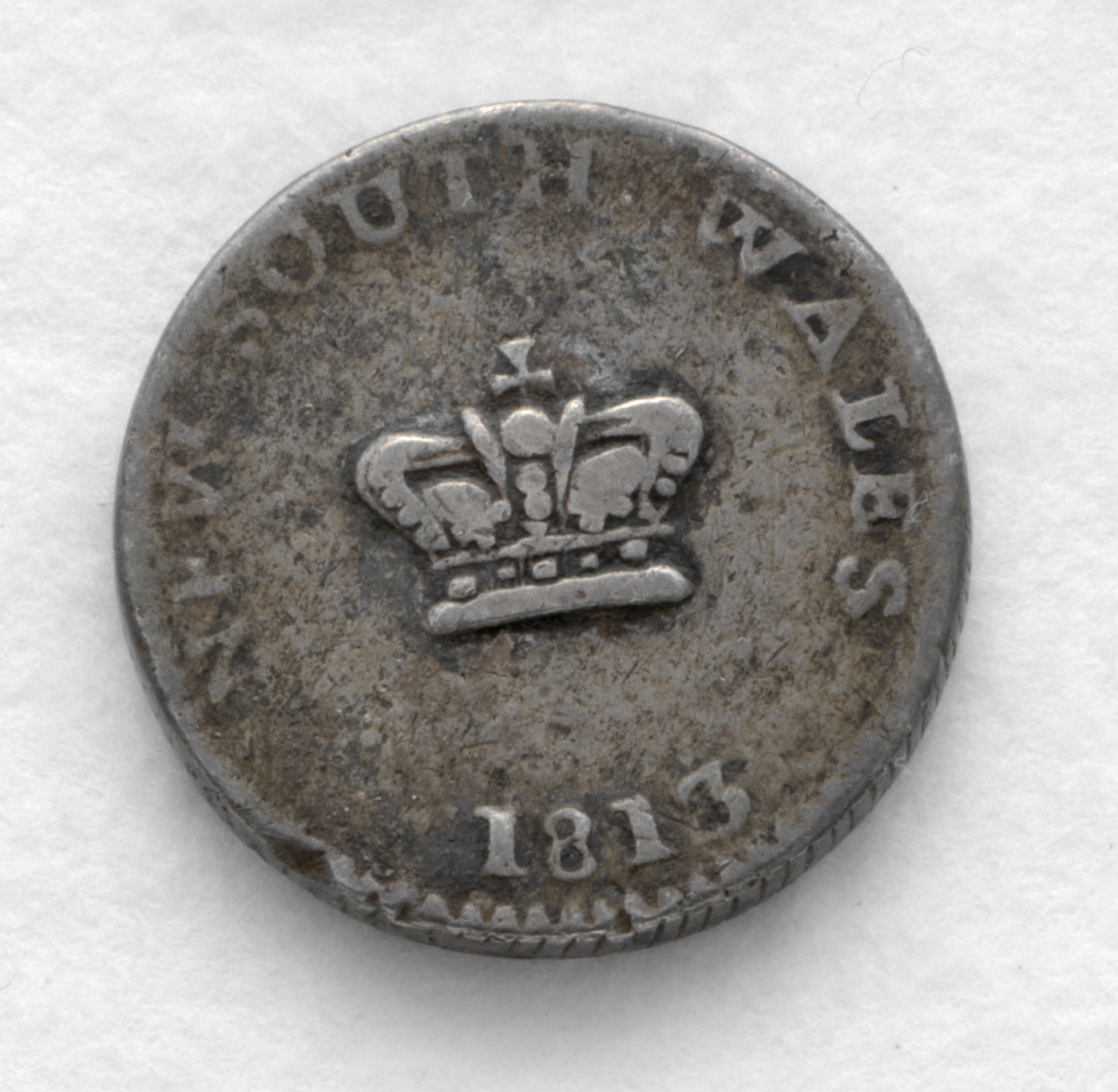 [media]New economic ideas gradually took hold, especially after the publication of Adam Smith's Wealth of Nations, and England finally solved its coin production problems, allowing adequate supplies to be made available to its colonies. The holey dollar remained part of the colony's legal tender until 1829, during which time it became an integral part of Sydney's life: on 20 December 1822, subscribers to the Sydney Gazette were informed that 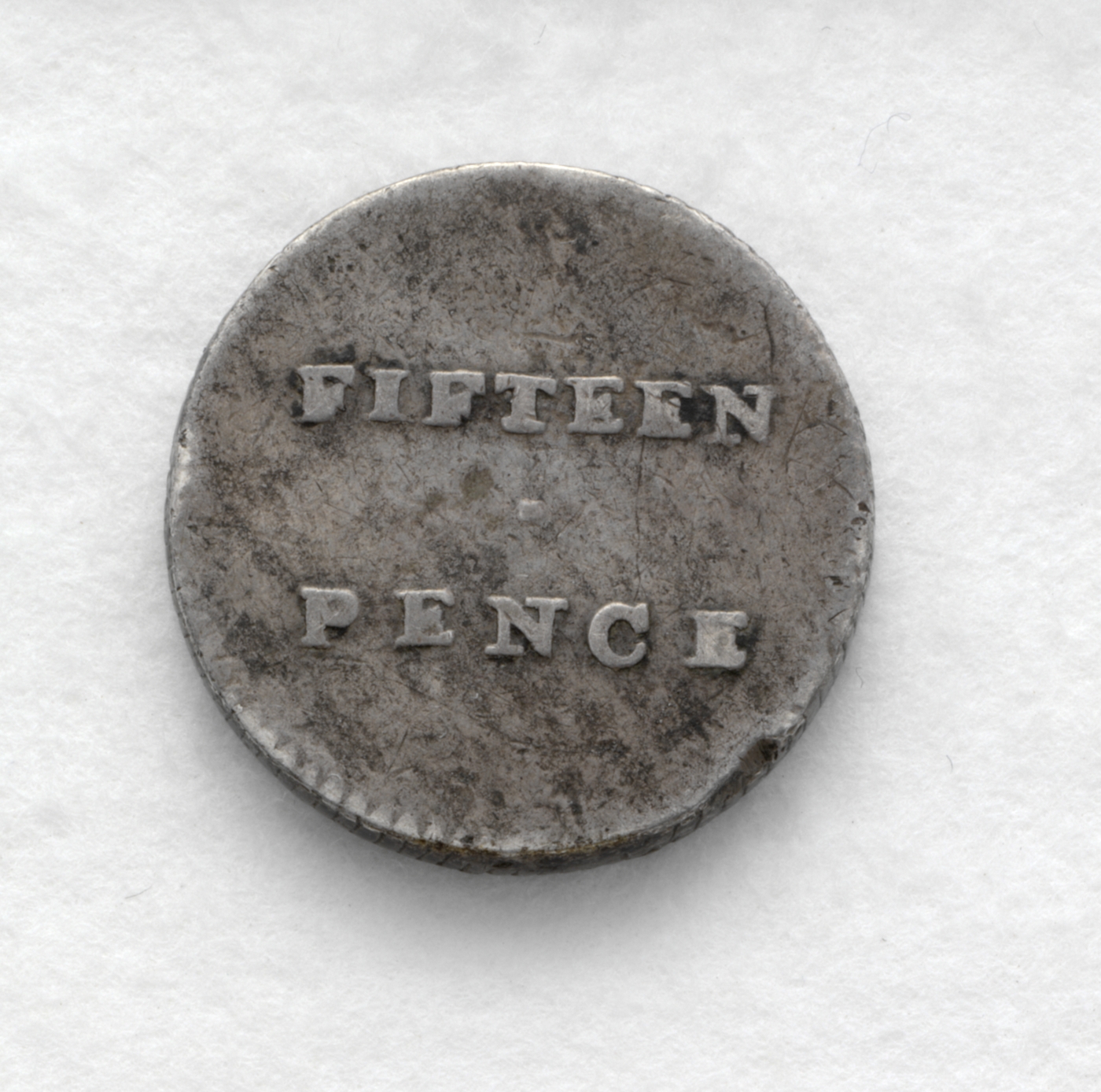 the Price of the Gazettes for the ensuing Year, will be altered; that, instead of Fifty-two Shillings Sterling being demanded, as heretofore, that TWELVE DOLLARS will be the Annual Subscription.

As it was not a 'global currency' – its shape prevented it from leaving Sydney Town in any great numbers – the availability of the holey dollar helped bring economic stability to the colony in its early, difficult days.