[media]The Minerva Theatre, opened in 1939 and renamed the Metro Kings Cross in 1952, has a long association with the nightlife of Kings Cross and Sydney's stage and screen, as a venue for major theatrical productions and films, musicals such as Hair and, more recently, a production house. 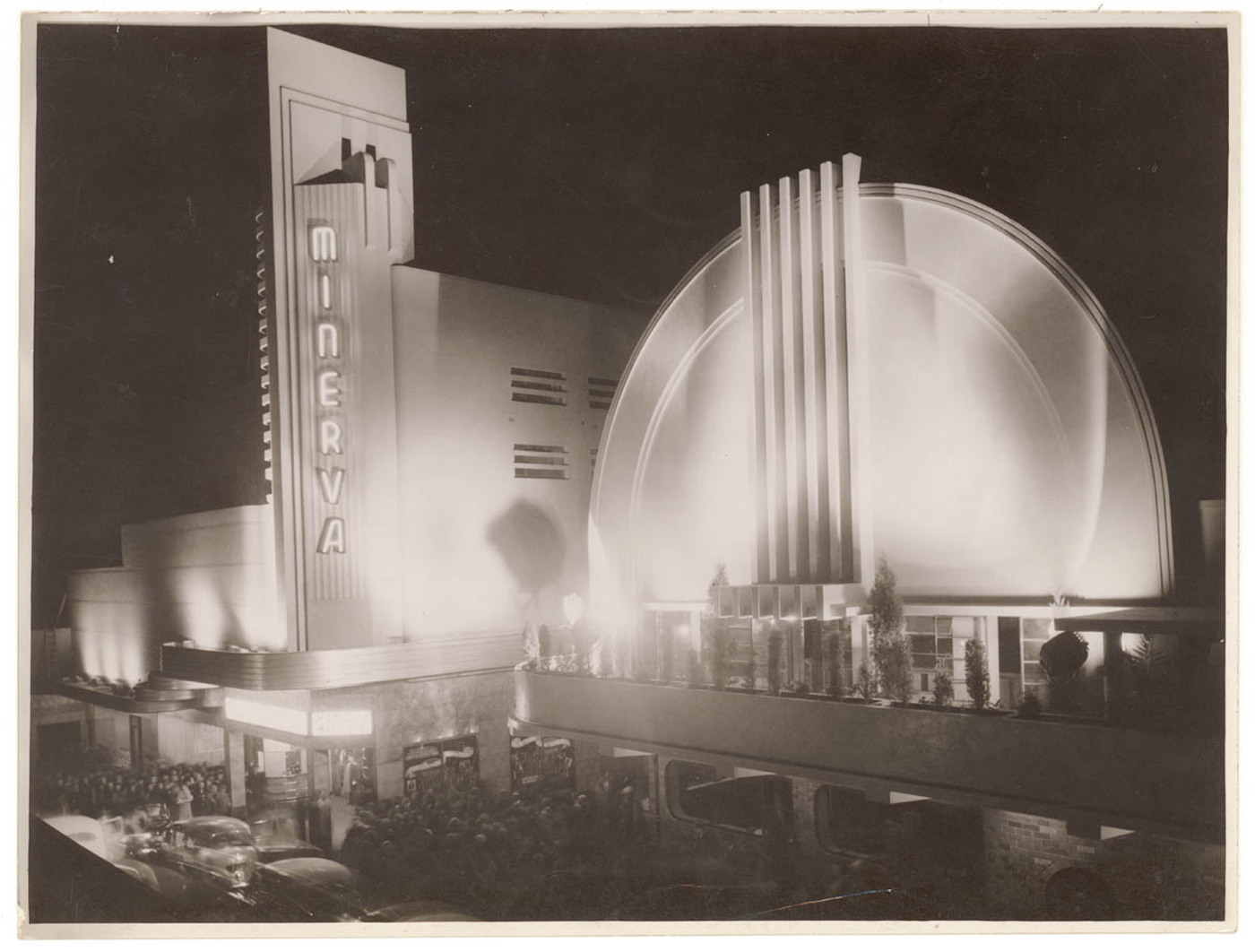 The Minerva Theatre opened on 18 May 1939 on Orwell Street in Kings Cross. The following week Construction magazine published a photograph of the building illuminated at night and directed readers to notice:

…the design of the new theatre is very definitely of the contemporary style, window openings being entirely eliminated, a fact which, on reflection is a very logical development for a theatre where the light of day plays little part. [1]

[media]The Minerva Theatre was built in the inter-war functionalist style, which emerged in Australia in the 1930s. It was an evolution of art deco and art moderne styles and greatly influenced by American and European architecture of the 1920s and 1930s. The theatre's vertical massing, sweeping curves, stepped forms and horizontal lines symbolised progress and modernity and were considered appropriate for a venue of popular culture. 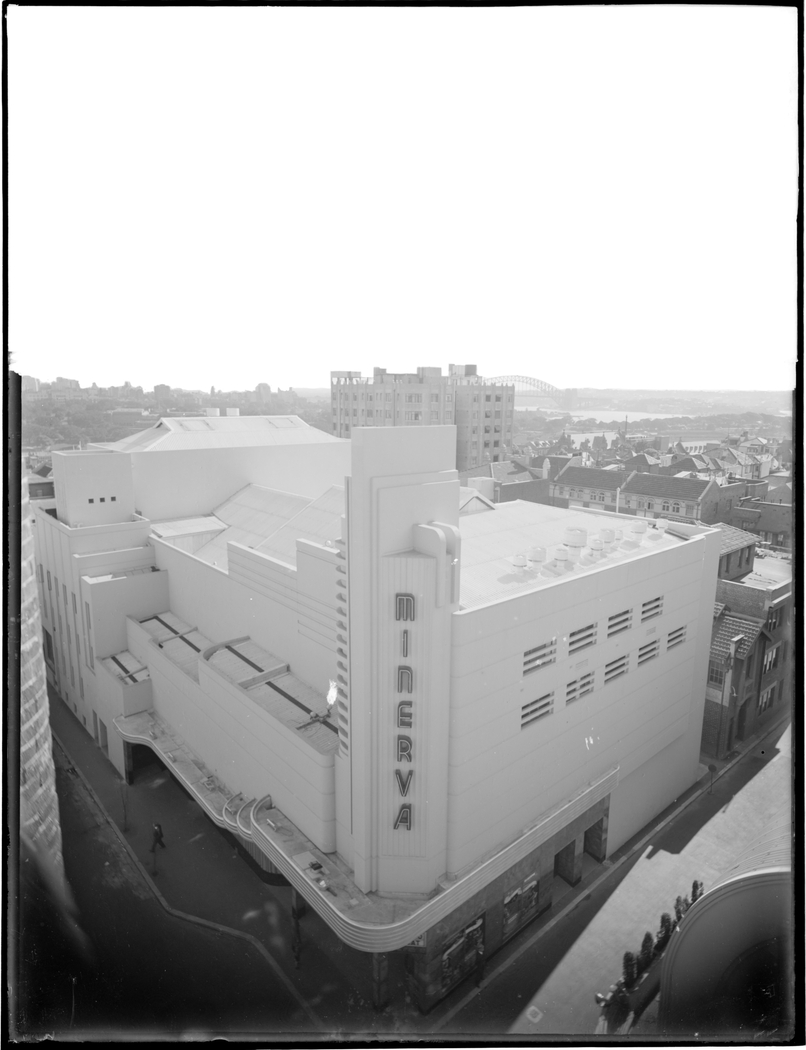 Kings Cross was a haven of entertainment in the inter-war period. The increasingly residential character of the area and associated rise in population transformed Kings Cross into one of [media]the most developed neighbourhoods within the City of Sydney. It became a modern and cosmopolitan place to live and visit with new apartment-style buildings and an increasing number of cafes, restaurants, saloons and entertainment venues, including cabaret halls and theatres. 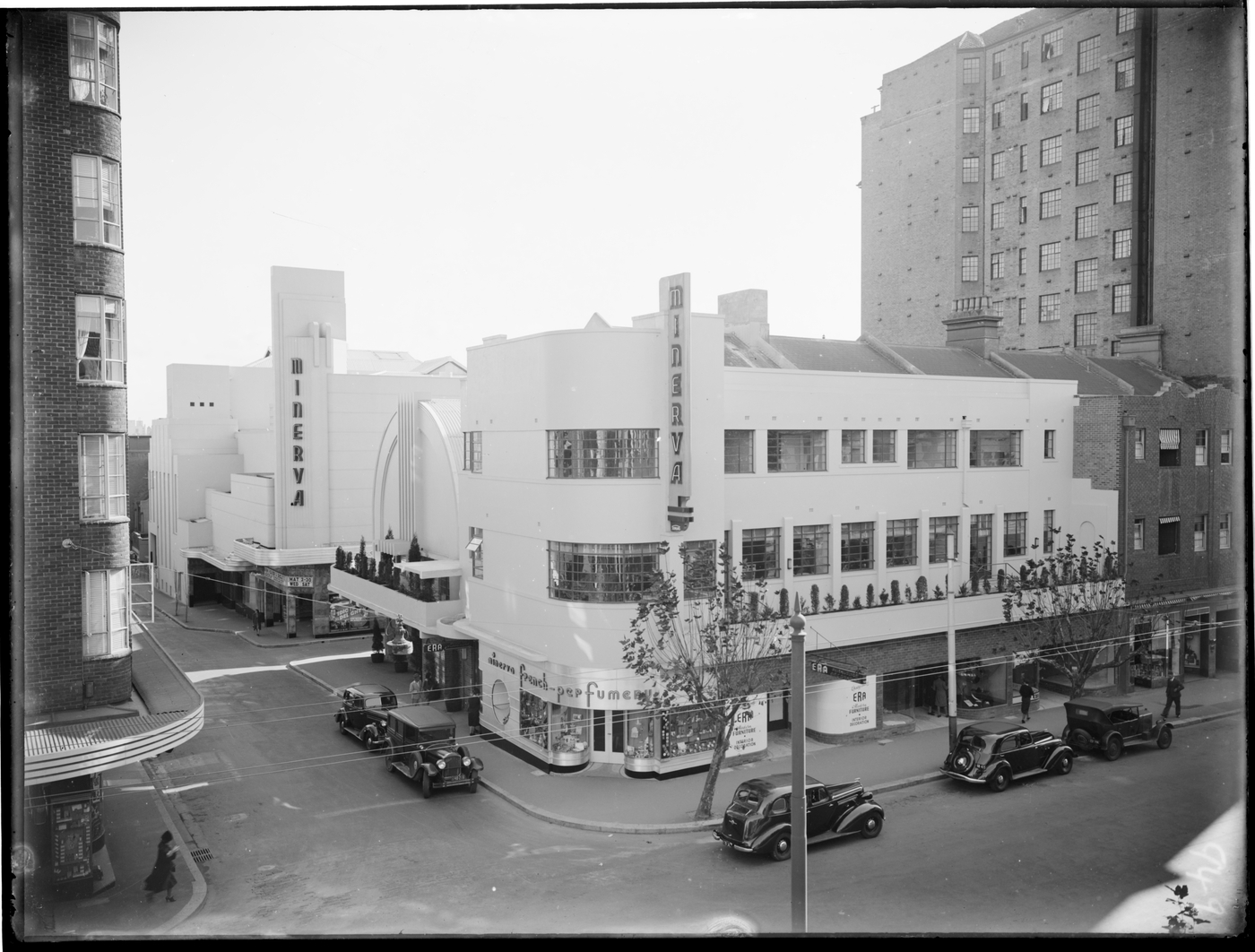 Early concepts for the Minerva Theatre

Martin commissioned C Bruce Dellit, architect of the New South Wales Anzac War Memorial and a great proponent of the art deco style, to design the Minerva Theatre. Dellit's preliminary designs depict a theatre grander than that which eventuated, with a sculptural façade by Rayner Hoff and mural by Norman Lindsay, both unrealised.

The realisation of the Minerva

Architects Guy Crick and Bruce Furse supervised the design and construction of the Minerva Theatre, which opened in May 1939, seven months past schedule.

The Minerva Theatre combined horizontal and vertical volumes with rounded corners in an asymmetrical composition. The tower had vertical flutings and the name of the theatre on one side, and horizontal lines on the other. Small shops showcased their wares along the street façade. The stepped awning compensated for the fall in street level and the horizontal lines along the fascia gave a modern, dynamic look.

The colour palate was pale pastel-green colour scheme and the design showcased new materials. Laminex structural glass faced exterior walls and piers under the awning. Two curved ticket boxes made of structural glass and metal with chromium-plated grilles stood to either side of three pairs of entrance doors framed with Monel metal.

Dudley Ward designed and supervised the interior decoration, fibrous plaster details and decorative features, and external ornamental features and painting. [3] Concealed Cleora fluorescent tube lighting accented the fluting on the arched foyer ceiling and emphasised the length of the fully carpeted and air-conditioned vestibule. At one end, a photomural above the entrance doors featured an aerial view of Sydney (taking the place of the planned Norman Lindsay mural). At the other end, a broad flight of stairs led to the upper lounge and entrance to the dress circle. Two pairs of flush panelled doors lead from the vestibule to the stalls and a third ticket booth was set behind a circular cutout in the wall.

Inside the theatre, a series of stepped transverse ribs crossed the 1000-seat auditorium. Each rib housed a concealed fluorescent tube that flooded the mediating spaces with red, amber and green light, while a fluted, curved frame around the stage concealed amber, blue and green lighting that changed colour during the audience's arrival. Other auditorium features included an off-gold crushed velvet curtain, rust-coloured exit curtains, autumn-tinted carpet, and an orchestra pit with the latest type of sounding board.

Next to the Minerva Theatre, the Minerva Café and Nightclub, built on the other side of Orwell Lane, featured a large semi-circular pediment with vertical lines, and a round, vaulted roof.

Stage and screen at the Minerva 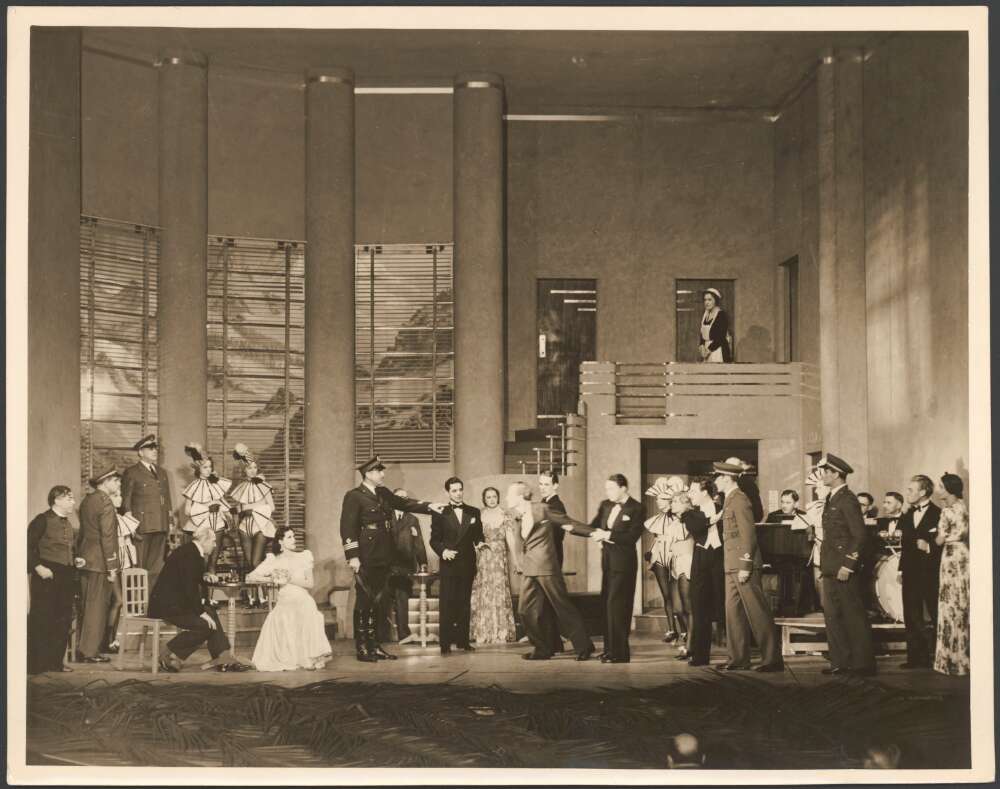 Between November 1939 and April 1941, Martin and his co-directors produced all the plays, including the Australasian premiere of Noel Coward's Design for Living on 25 November 1940, with Coward in attendance. Whitehall Theatrical Productions, headed by Kathleen Robinson, took over in April or May 1941 and staged the world premiere of Mr Smart Guy on 10 May 1941.

Martin sold the Minerva Theatre to Metro-Goldwyn-Mayer (MGM) in 1948. Whitehall Productions continued to use the venue for stage productions for two more years at which time the Sydney Morning Herald reported that Robinson conceded 'that because of its situation, the Minerva did not attract enough people from all parts of Sydney for legitimate theatre'. [5]

MGM converted the Minerva Theatre to cinema in order to bring first-release films to Kings Cross and to reinvigorate the area as a 'new show centre'. [6] The Forsyte Saga screened on opening night on 29 April 1950 to a gala atmosphere. MGM planned to own a number of suburban theatres in addition two major venues, all of which were to be renamed Metro and to this end, MGM officially renamed the Minerva Theatre in early August 1952. It has since been known as the Metro Kings Cross.

In 1969 MGM sold its Australian operation, including the Metro, to the Greater Union Organisation. After two decades of cinema, Australian promoter Harry M Miller returned live theatre to the Metro Kings Cross with the counterculture musical Hair , which opened on 5 June 1969. The cast included Keith Glass, Reg Livermore and John Waters and the show ran to capacity audiences for two years, marking it as the longest and most successful of any Minerva/Metro show.

Other Harry M Miller shows followed until 1974 after which time both movie screenings and stage performances proved short-lived. The last major event at the Metro Kings Cross took place in June 1976 when Ginger Rogers completed a run of 17 performances with a troupe of four male dancers and comedian Johnny Dark.

Greater Union sold the Metro Kings Cross in 1979 and the new owners announced plans to convert the venue to a specialty food market. The theatre was stripped of its fittings to create an open-plan market environment with canopied food outlets and eateries. It opened in 1981 but closed soon thereafter.

In 1982, production company Kennedy-Miller acquired the theatre, returning the Metro to its popular culture. It has since been used as a studio for the production of film and television, including Australian favourites Mad Max, Babe and Happy Feet.