[media]West Pennant Hills is in the parish of South Colah, in the shire of Hornsby. The traditional owners were the Dharug people, who lived around the springs and waterholes, in heavily wooded country. 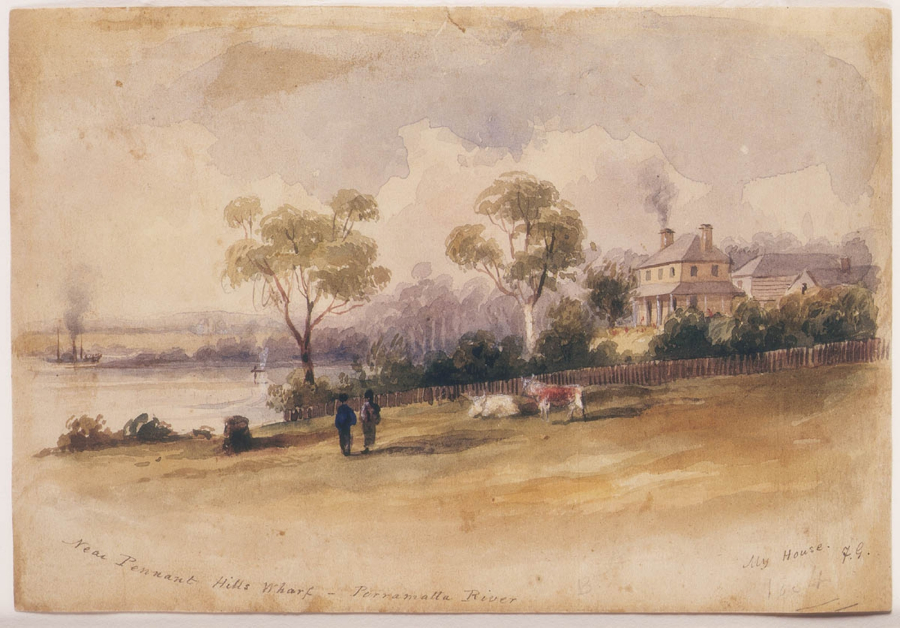 The original township of Pennant Hills started where West Pennant Hills is today. When the first grants of land were made in the district in 1799 by Governor Hunter, the area was referred to as Dundas. By 1818, it was described on plans as Pennant Hills. [1]

Pennant Hills is believed to have been named after the English botanist Thomas Pennant, who was a friend of Sir Joseph Banks. However, some historians attribute the name to the flying of flags or pennants to signal to soldiers at Parramatta that the governor was travelling from Sydney. This may have been the case, but the area was also referred to as Pendant Hills or Pennant Hills as early as 1800. At this time, Pennant Hills included the suburb of Ermington on the Parramatta River.

Early settlers included the Reverend Samuel Marsden, who was given a grant of 100 acres (40 hectares) in 1799, which he sold about 20 years later. A surgeon, Thomas Arndell, the Reverend Rowland Hassall, and William Bellamy were other early European settlers. [2]

The first industry in the area was timber-getting. In the 1820s, timber – including that from the Pennant Hills Government Establishment – was taken by bullock teams to the wharf at Ermington (then called Pennant Hills Wharf), and from there by water to Sydney.

Once the large trees were removed, the land was cleared for farming, and orchards were planted. In the early 1900s, as the large properties began to be subdivided, dairy farms were established. The remaining orchards also ran poultry to supplement their income and to save on the cost of fertiliser.

The Pennant Hills Progress Society was formed some time before 1892 and met at Thomas Thompson's house. The society worked for improvements to local roads, water, phones and lighting. Early in 1925, the West Pennant Hills Progress Society was formed, and began to raise money for a literary institute. A building, later called the Progress Hall, was built on the corner of New Line and Gumnut roads. The society bought books, and for a number of years provided a library service.

Today, tourists come to West Pennant Hills to visit Koala Park, which has been operating as a sanctuary for nearly 80 years. Another attraction is the Cumberland State Forest, which contains a broad collection of native trees.