Curved building on the corner of Pitt, Hunter and O'Connell Streets in the city that was built by the Fairfax family to house the offices of their newspapers, the Sydney Morning Herald and Sydney Mail, in the 1920s, on the site of the former Sydney Morning Herald building. Designed by Manson & Pickering, it was built by Stuart Bros in three stages. The newspaper moved to a new building at Broadway in 1954 and this building was sold to the Bank of New South Wales (later Westpac), when it was known as Wales House. Since the bank sold the property, it has been adapted and used as an office building and a hotel. 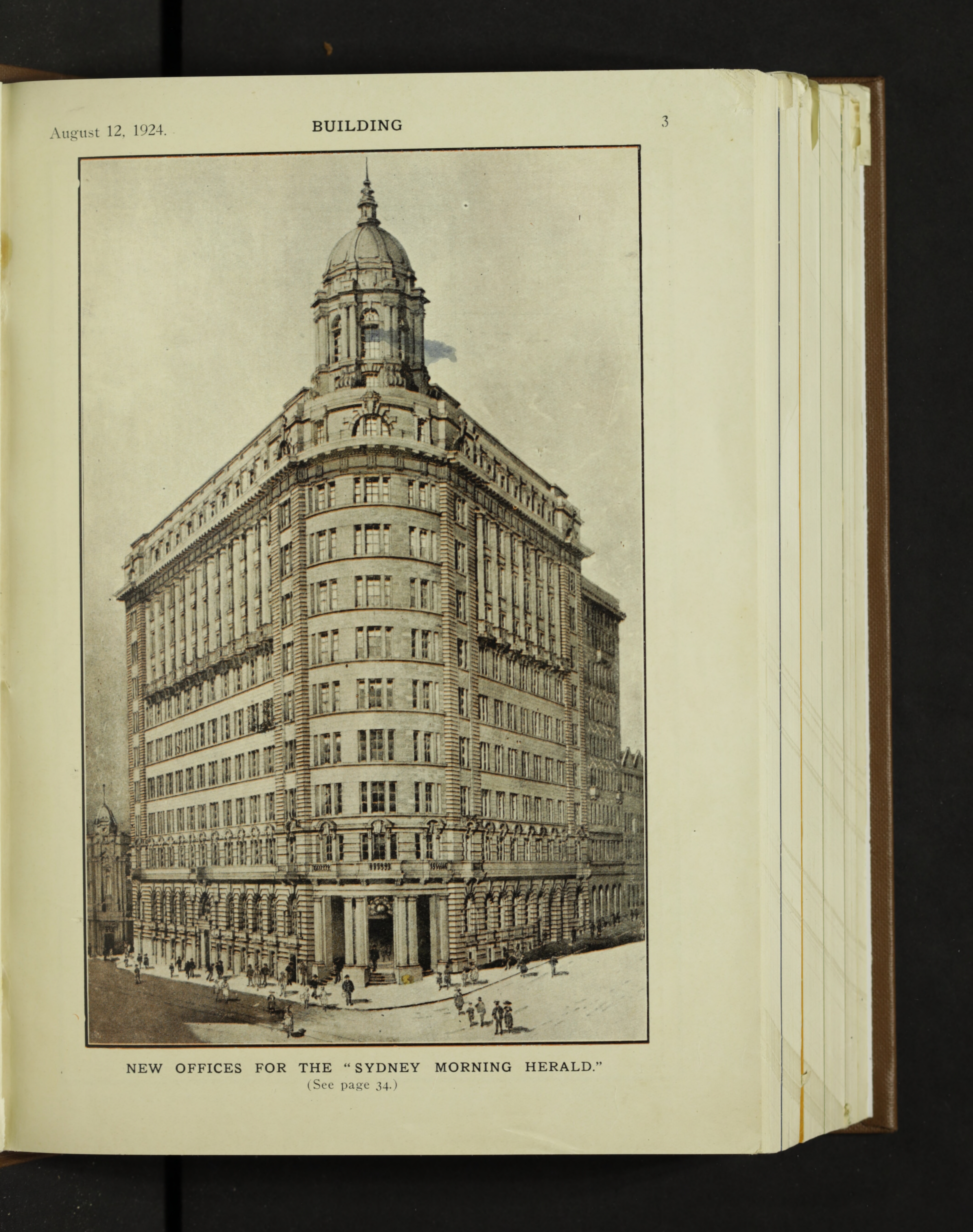 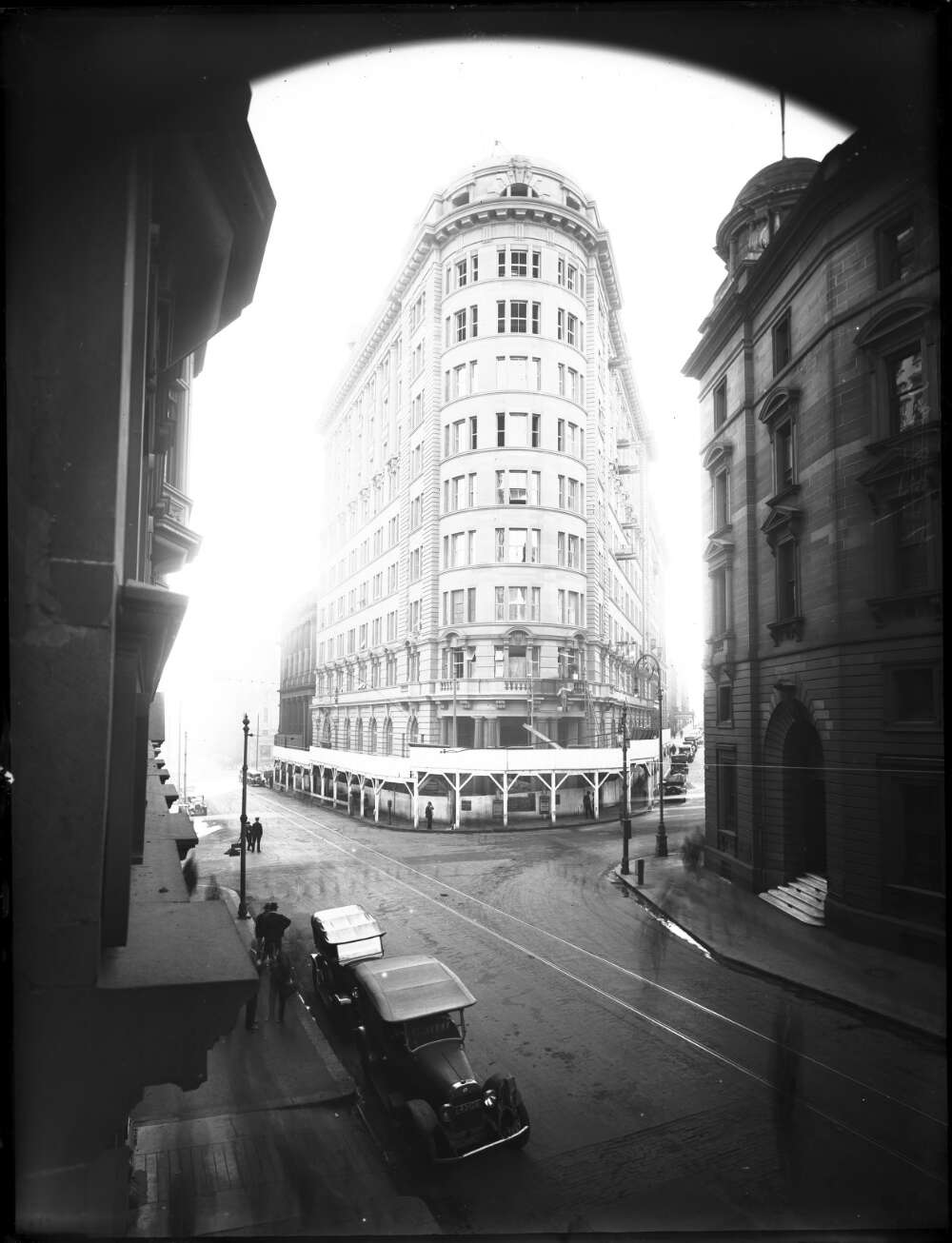