The site of the Andrew (Boy) Charlton pool was probably used as a natural bathing place by Sydney's Indigenous people for millennia. It also became an attractive bathing place in the first years of colonial Sydney, as it was a secluded place away from the prying eyes of the townspeople.

Bathing in the harbour

[media]From the beginning of European settlement, people used various places around the harbour foreshore for washing – at that time called 'bathing'. Early edicts aimed at discouraging nudity and restricting the hours of bathing increased the attraction of isolated spots. As late as 1837, the Saturday Magazine reported that 'there [were] many retreats for bathers about The Domain, secluded and sheltered by the natural formation of the rocks in a very singular manner'. By far the most popular bathing area was the secluded western shore of Woolloomooloo Bay. The area became known as the Fig Tree, and was in regular use as a bathing place from the time a pedestrian path, later Mrs Macquarie's Road, was built in 1815. 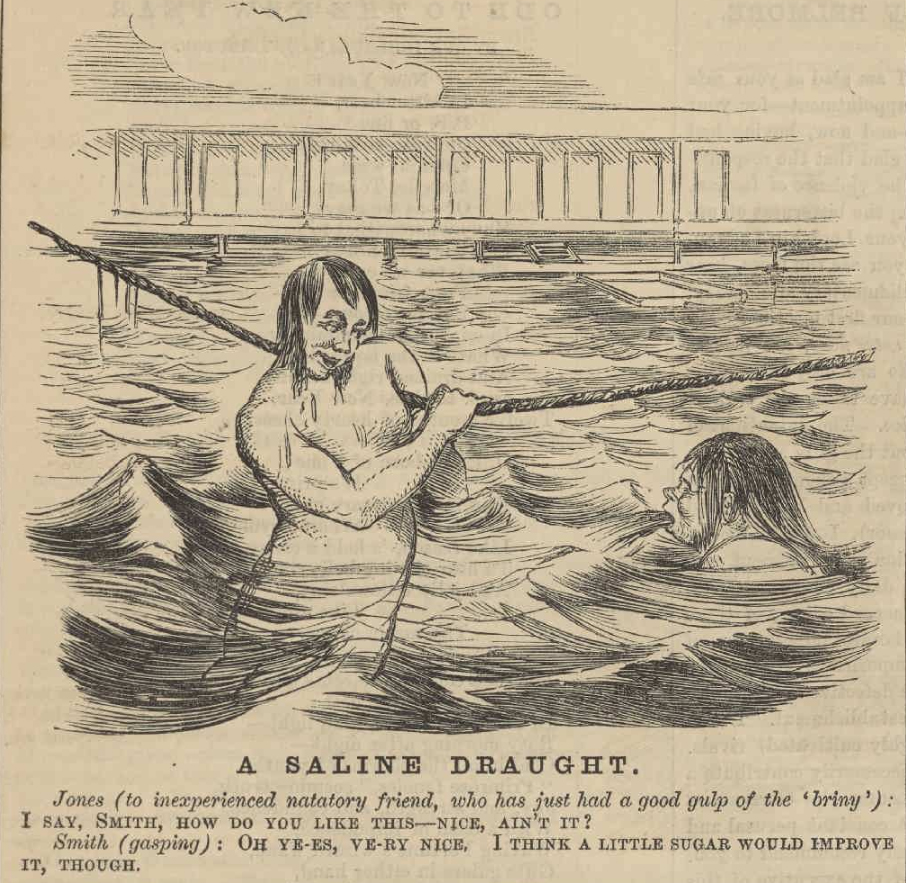 By about 1825 the first of many bathing enclosures was constructed on the site. An abandoned hulk, the Ben Bolt, formed the southern boundary, and rough wooden pickets marked the extent of the enclosure. A second ship was added later and it provided dressing sheds and served to segregate the male and the female bathers. It also provided a rough diving platform. Some recollections even mention tea rooms making an early appearance on shore.

From then on, numerous bathing enclosures were constructed in the Bay. Robinson's, commenced in 1838 and had showers as well as hot and tepid baths. A number of segregated ladies and gentlemen's bathing areas appeared, yet others continued to swim and bath unsupervised, especially at the Fig Tree.

In 1858 the City Council built the first free public baths in Sydney on this site. They were officially named the Corporation Baths, but they were known as the Fig Tree Baths. This was in keeping with the British municipal tradition of building bath-houses for public health reasons, but in Sydney the local tradition of using the harbour was continued, as salt water was considered to be particularly healthy; it was also cheap.

Swimming contests were held here and in 1846 an annual swimming contest at Robinson's Baths commenced. The long-lived popularity of this spot was in part due to the cleaner water found here, but as the century wore on, pollution of the harbour increased. The baths fell out of favour, although they did continue to operate. In the 1890s the city's sewage was diverted to Bondi and the Council took a renewed interest in its harbour baths. In 1901 it extended its lease on land beyond the high water mark in The Domain.

[media]In 1903 the Corporation Baths were pulled down, along with several of the other old structures in the Bay, and a new complex was built. It consisted of a Ladies Bath and Free Baths. A 'New Swimming Pool', as the plans labelled it, opened in 1908. 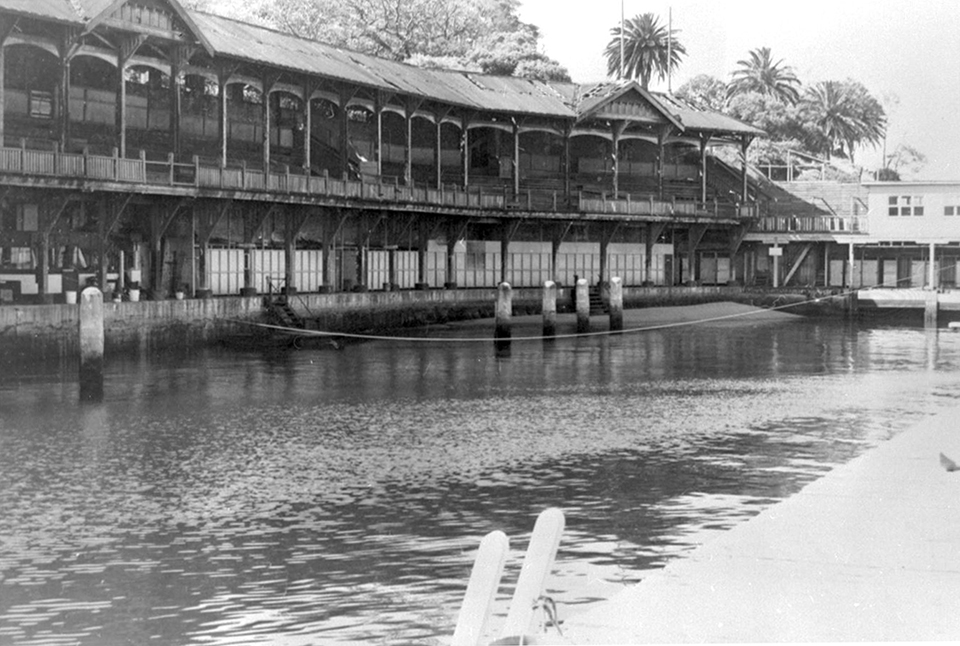 The new pool extended further into the water and took up the footprint of the Corporation Baths and part of the original Fig Tree site. It was described as being a suitable venue for long distance contests and was enclosed by a 1,700 seat grandstand. The intention was to provide for both swimming and for competitive events.

In 1955 the Ladies and Free Baths were demolished and in 1968 'The Dom' was replaced by a modern Olympic pool called the Andrew (Boy) Charlton Pool. Needless to say, this name was soon abbreviated to the ABC Pool. It was constructed of concrete, suspended above the water level on steel piles, and used filtered water in deference to the levels of pollution in the bay. Its modernist lines did not fit so well with the ambience of The Domain, and many mourned the passing of the old Dom.

By the mid 1990s, the ABC pool was suffering concrete cancer. Faced with an expensive remake due to structural deterioration, the City Council proposed to demolish it, arguing that a new freshwater pool planned as part of the building of Cook and Phillip Park, a little closer to town, would be a suitable replacement. Further, returning the ABC site to the harbour foreshores would enhance the amenity of Mrs Macquarie's Chair.

Yet the suggestion was widely unpopular, and a 'Save Boy Charlton Committee' was quickly established. In the can-do days leading up to the Sydney 2000 Olympics, everything was possible, and by April 1997, in capitulation to ongoing community pressure, the decision was taken to rescue the ABC pool as a saltwater, summer pool. It was given a $10 million upgrade between 2000 and 2002. The new complex included two heated filtered salt-water pools, with water pumped in from the harbour, as well as toddler and learning pools, and entertaining facilities.

Many devotees say there is nothing to beat a swim in the ABC Pool, with its stunning views across the water and back across the green of the Domain to the skyline of the city.